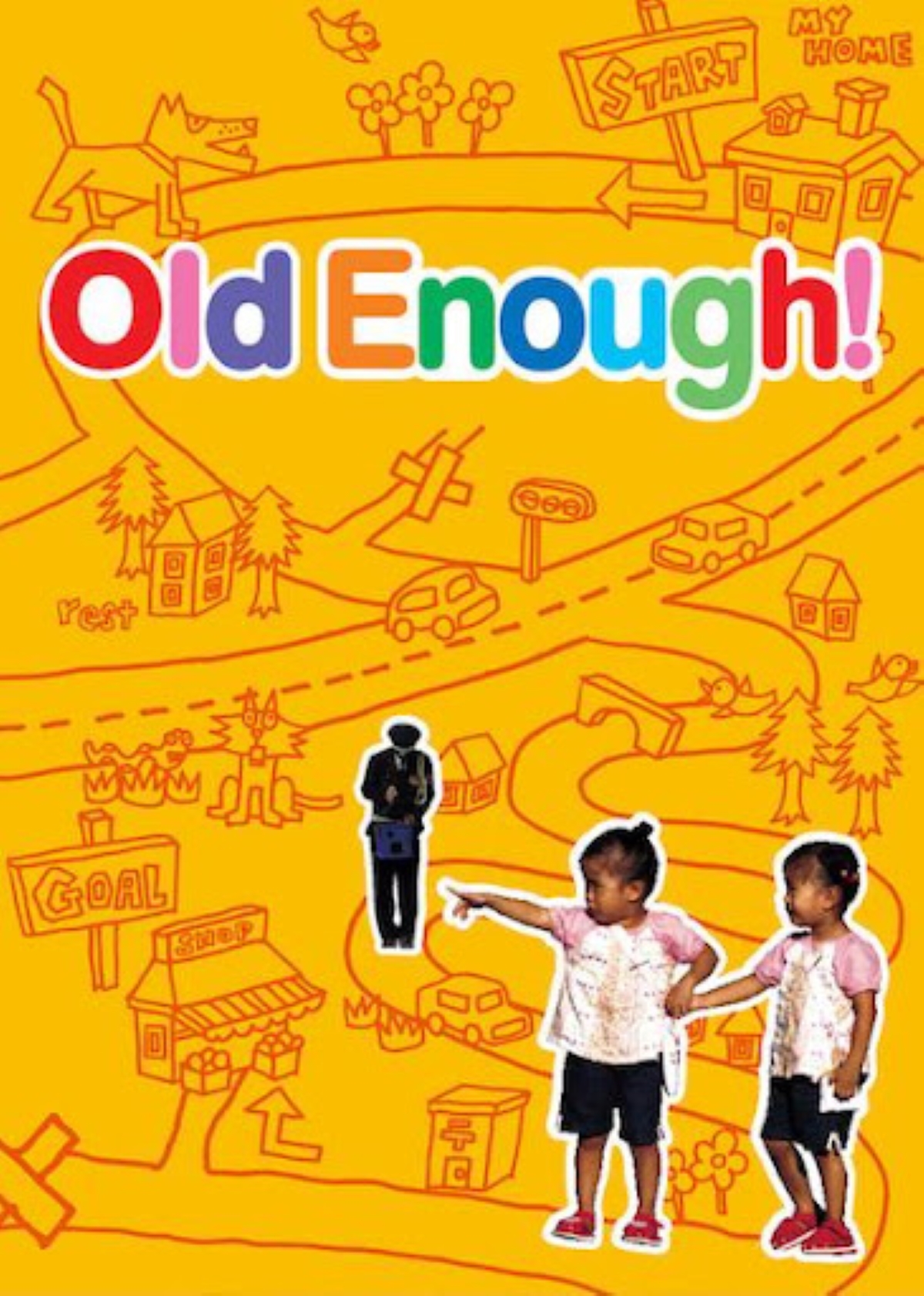 I don’t watch much broadcast TV in Japan – I find it hard enough to keep up with the overwhelming number of videogames, movies and streaming series that surround me as part of my job (and hobbies) without also watching random shows on TV. But one of the few Japanese TV shows I truly love has finally gone global. And it’s been fun to see how the world is reacting.

Yes, after 30-odd years of entertaining the domestic audience, Old Enough has come to Netflix.

Known in Japan as Hajimete no Otsukai, which translates as “My First Errand”, each episode of this entertainment documentary sends a toddler of around 2 to 5 years old to undertake a grown-up mission without the help of their parents. For example, trekking unaccompanied to the supermarket to buy groceries.

Crucially, the child at the center of each episode does not know that they are being filmed on their errand – like a real-life version of The Truman Show.

The word “errand” doesn’t really do justice to the drama that ensues. As these kids summon the courage to set out on what often feels like an insurmountable mission, the tension is extreme. With my heart in my mouth, I watch them overcome problems such as forgetting an item from the shopping list, dropping a bucket of slimy fish all over the sidewalk on the way to the fishmonger, or becoming distracted by play with total disregard for the ticking clock.

And then the payoff – the satisfaction they feel when they finally conquer their task. Then too, the tears of their proud parents as they congratulate their tiny child on a job well done.

Players of games like Elden Ring are similarly tasked with overcoming impossible challenges. So we know that feeling better than anyone.

Old Enough is quite unlike any other TV show, in Japan or in the West. So it’s no surprise that the reaction from Western media and from users on Twitter and Reddit following the show’s Netflix debut has been quite intense. Some are delighted by the series’ heartwarming concept and adorable stars. Others are concerned about child welfare, shocked that kids so young are sent out into the world alone for the sake of entertainment.

As often happens when a show from Japan gains global attention, plenty of armchair pundits have drawn conclusions on Japanese culture and society, which vary wildly from accurate observations to insane conjecture.

I grew up in London, and I was maybe 10 when I first started walking to school by myself every day. In Japan, this happens much earlier. Even in central Tokyo I sometimes see kids of 5 or 6 traveling alone on public transport.

But that doesn’t mean that all Japanese kids are off running errands like they do on Old Enough.

The show is very carefully planned so that the kids can pursue their adventure under the watchful eyes of crew members disguised as passers-by. Even the camera operators are in costume, with semi-hidden cameras disguised as luggage and other objects. Rather than just tossing these kids to the lions, the show’s production team have clearly gone to extreme lengths to keep them safe, without the children realizing they are being escorted.

Either way, it has been interesting for us in Japan to see the sudden global debate around a show that we’ve been watching domestically for decades.

For the editorial team at IGN Japan, it has been a great excuse to revisit the show and examine the overseas reaction for our audience. This was the topic of the latest episode of our weekly movie-themed video podcast series, Ginmaku ni Popcorn, and I’m excited to see how the response from our audience continues to evolve.

As for videogames from Japan, the past month has been relatively quiet. At long last the rush of AAA releases has subsided, and we have a short period of peace.

But out of all the Japanese publishers, the one that has kept us busiest with updates this month is Nintendo.

First, at the end of March, Nintendo announced that one of 2022’s most anticipated games – the as-yet untitled sequel to The Legend of Zelda: Breath of the Wild – will not be coming this year after all. While the game never had a concrete release date beyond “sometime in 2022”, it has now been delayed to spring 2023.

Series producer Eiji Aonuma delivered the news in a video posted suddenly to Nintendo’s official YouTube and Twitter accounts, saying, “In order to make this game’s experience something special, the entire development team is continuing to work diligently on this game, so please wait a while longer.”

No specific reason was given for the delay. However, it’s actually fairly common for games in the Zelda series to be delayed. And of course we all want Nintendo to take their time and make the best game possible, so the response from fans has been fairly understanding.

Breath of the Wild is widely considered one of the best games of all time, so the bar is set pretty high. That said, I have no doubt Aonuma’s team will deliver something really special.

Also delayed to next spring is the animated Super Mario Bros. movie being produced by Minions studio, Illumination Entertainment.

This time, Mario creator Shigeru Miyamoto made a rare appearance (in text form) on Nintendo’s official Twitter account, saying, “This is Miyamoto. After consulting with Chris-san, my partner at Illumination on the Super Mario Bros. film, we decided to move the global release to Spring 2023 – April 28 in Japan and April 7 in North America. My deepest apologies but I promise it will be well worth the wait.”

Again, I think we can expect a lot from this animated Mario movie, if only because Miyamoto and his team at Nintendo will do anything to avoid repeating the disaster that was the 1993 live-action Super Mario Bros. movie. Once bitten, twice shy – it has taken Nintendo nearly 30 years to finally allow anyone to make a Mario movie again, and I’m sure they would only do so if they were super confident in the project.

My hopes are high, but we’ll have to wait a little longer to find out what’s inside Illumination’s Question Block.

It’s not all delays though – Nintendo actually brought the release date for Xenoblade Chronicles 3 forward by a couple of months, from September to July 29. In this age of pandemic-related delays, it was a pleasant surprise.

The Kyoto company also finally announced the release date for Splatoon 3, narrowly keeping its “summer 2022” promise with a September 9 release. The Splatoon series is huge among gamers in Japan, so this news – another sudden announcement – was a huge hit among our readers.

Last but not least this month, we published an interview with Hironobu Sakaguchi, the creator of Square Enix’s Final Fantasy franchise who now has his own development studio, Mistwalker.

Although Sakaguchi no longer works on the Final Fantasy series, he is a big fan of Final Fantasy XIV, which is currently one of the biggest massively-multiplayer online RPGs in the world.

The game draws heavily on past works from the series, including many of Sakaguchi’s classic games. So we asked the veteran developer to tell us about his recent addiction to FFXIV and to share his perspective as the father of Final Fantasy.

Having already racked up an impressive 1,000 hours of play time since last year, Sakaguchi commented, “I really shouldn’t be getting this obsessed with a game, should I? I have work I need to do!” For a rare and unique take on this beloved online game, check out the article in full – it’s a great read.

As we work through the humid spring months and into the even more humid summer, my team at IGN Japan is preparing some more cool coverage of Japan’s game and entertainment world. I can’t wait to share more with you next month!