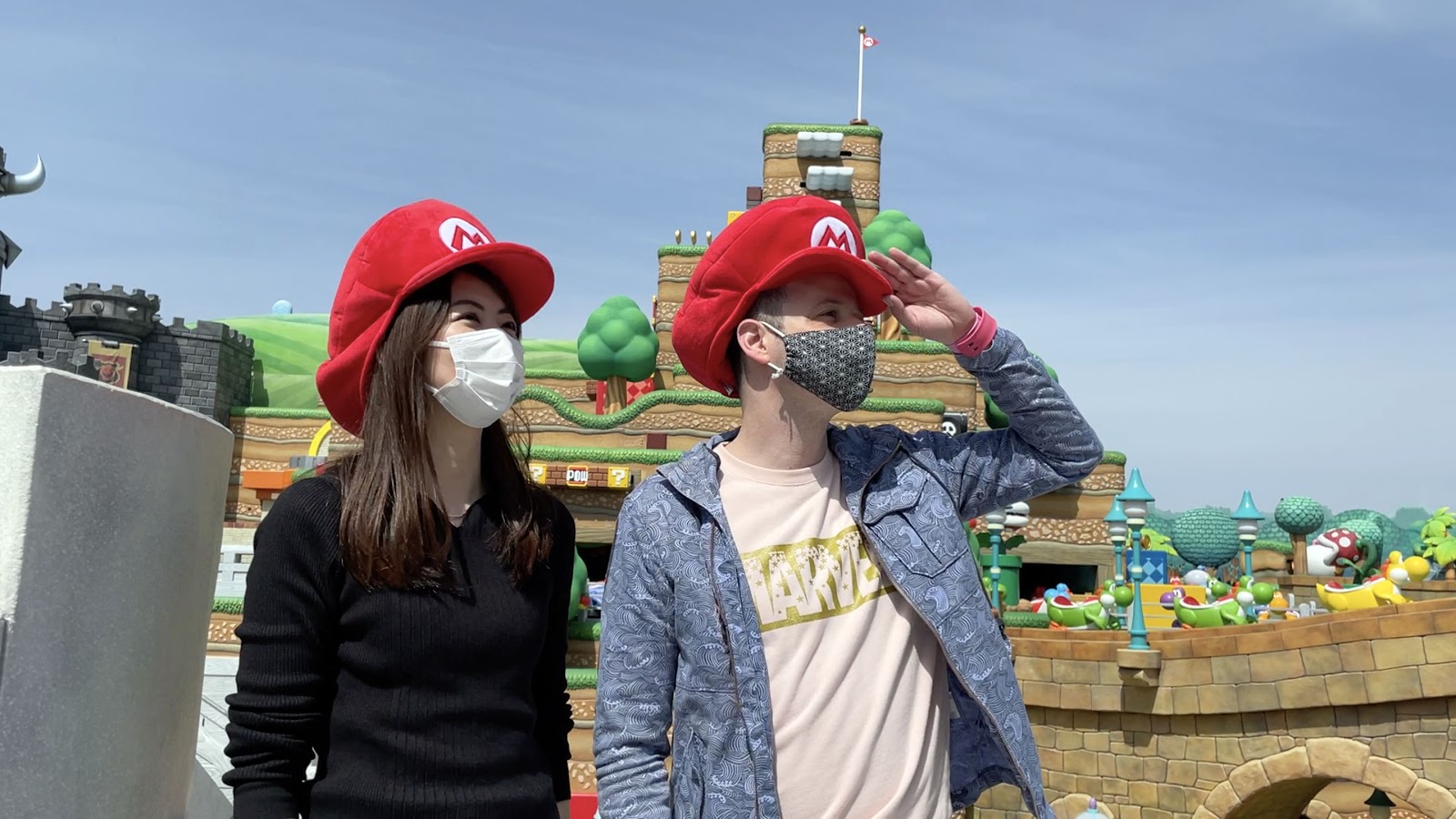 Oh hey, thanks for stopping by for the second instalment of my column here on Japan Forward! Once again, I’ll be looking back over the last month of madness, offering a peek behind the scenes of my work at gaming and entertainment media IGN Japan.

In the month since we last spoke, I have enjoyed yet another work trip to Osaka, or more specifically to Super Nintendo World, while juggling various other projects and the deluge of admin that the end of the financial year always seems to bring at a Japanese company. All of which is to say: Yep, it’s been another busy month.

Luckily for me it was mostly the good kind of busy. As I mentioned above, the top highlight was a trip to Osaka, where two of us from IGN Japan were invited to attend a press tour of Super Nintendo World, the new area at Universal Studios Japan themed on Super Mario and chums, ahead of its belated grand opening on March 18.


Through the Warp Pipe Into Mario’s World

If you have even a passing interest in the Super Mario games or spin-offs like Mario Kart and Yoshi’s Island, Super Nintendo World is an amazingly rich and immersive experience. Mario creator and Nintendo veteran Shigeru Miyamoto was involved in its production, helping to guide the development team at Universal Creative to bring the world of Mario and friends to colorful life.

Super Nintendo World is sealed off from the rest of USJ to become its own area: You enter through a Warp Pipe plucked straight from the games, and the outside world is hidden from view – replaced by colorful platforms, animatronic Piranha Plants and Goombas, and other vestiges of the Mushroom Kingdom that fill your vision wherever you look.

The attention to detail is really astounding. If you’ve always wanted to punch a Question Block or ride on a Yoshi, then this is the place for you.

Universal Studios Japan have been extremely proactive at adding new attractions over the past few years, including the seasonal Cool Japan area that has included rides and experiences based on Japanese content such as Monster Hunter, Godzilla, Detective Conan and even J-pop star Kyary Pamyu Pamyu. They’ve set the bar pretty high with some of these attractions, but as a much larger and more complex area, Super Nintendo World is way, way ahead.

Everything about the new area has been designed to make it fun to simply be there. Yes, you can expect to wait if you want to try the Mario Kart: Koopa’s Challenge or Yoshi’s Adventure rides. But there’s still plenty to enjoy even without the need to join a long line, thanks to an innovative gamification system that offers an impressive level of interaction.

Purchase a Power-Up Band and register it with the USJ smartphone app, and every coin you find by punching a Question Block or every key you collect from beating a real-life minigame within the park is transmitted to your phone, where you can even see where you rank against other players on the Mario Kart ride and the Bowser Jr. Shadow Showdown boss battle. This adds a game-like layer to the experience that offers visitors a genuine sense of progression and achievement.

Meanwhile, just as you might find stamps by carefully exploring each level in Super Mario 3D World, at the park you can unlock digital stamps via your Power-Up Band by trying different activities – for example by collecting items, competing in mini-games, or simply visiting at a certain time of year – and each of these 170 achievements is recorded in the USJ app, along with the ones you have yet to unlock. It’s an ingenious idea that gives you a strong reason to keep coming back. We gamers are nothing if not completionists, after all.

Since Super Nintendo World has opened while Japan’s borders are still closed to most foreign visitors, Nintendo fans around the world have been deprived the opportunity to visit the park during its first months of operation. That gave us an extra incentive to make sure that we could share our impressions and video footage on IGN’s English site, as well as for our audience here in Japan. It also meant that IGN’s Western editorial teams couldn’t come to Japan to directly cover it themselves, and so my colleague and I had to generate double the amount of coverage – in Japanese and in English.

Then the All Nighter

There is no doubt whatsoever that getting to visit a theme park for work is an extremely enviable privilege. We got to try the rides without waiting in a snaking line or paying an entrance fee, and enjoyed free samples of the meals in the Toad-themed restaurant, Kinopio’s Cafe.

That said, we had to work for it. After spending four or five hours on our feet in the park, shooting videos and taking notes, it was time for the real labor to begin. By the time we had filmed our impressions and headed back to the hotel to start writing and editing our coverage, it was already 6 P.M – and with a 4 A.M. embargo time looming for a set of written and video content in two languages, it quickly became apparent we’d be pulling an all-nighter. I finalized and uploaded the last of our initial batch of coverage at 3:59 A.M., the equivalent of Mario reaching the end-of-level flagpole with only a few seconds left on the timer.

And that wasn’t even everything –  my colleague Yukiyo Tan returned to USJ to report on the opening ceremony at 7 A.M. the following morning, and we continued to publish content such as a full review of the park and a video diary of our trip over the following week.

But even with a workload as heavy as Bowser himself, our trip to the Mushroom Kingdom was a special experience.

Sneak Peek at Resident Evil Village and Other Demons

After I was done at USJ, I remained in Osaka to visit game developer Capcom, where our team got a special peek at their next hit game, Resident Evil Village.

I can’t say too much about this yet, as some of our coverage is still under production. But once again we were tasked with creating a selection of content in both Japanese and English so that it can be published by our nearly-30 editions around the world, many of whom will localize it into their own languages. (If you're interested, you can read about the evolution of new villain Lady Dimitrescu, whose towering 2.9-meters-tall frame has sent red-blooded gamers of all genders into meltdown.)

And in addition to this project, there was also a surprise game release from PlatinumGames, another renowned Osaka game developer: Their title World of Demons launched without notice on Apple Arcade on April 2. Since we love PlatinumGames, we quickly turned around an interview with the developers alongside our impressions of the game, once again all of which we produced in Japanese and English.

These kinds of projects require a ton of coordination, sometimes at the last minute, and when you are producing content for a global audience there is even more pressure to get it right. But again, we gamers love a challenge, and the higher the risk, the higher the reward!

Daniel Robson is chief editor of videogame news site IGN Japan. Follow his series on JAPAN Forward, and find him on Twitter here.