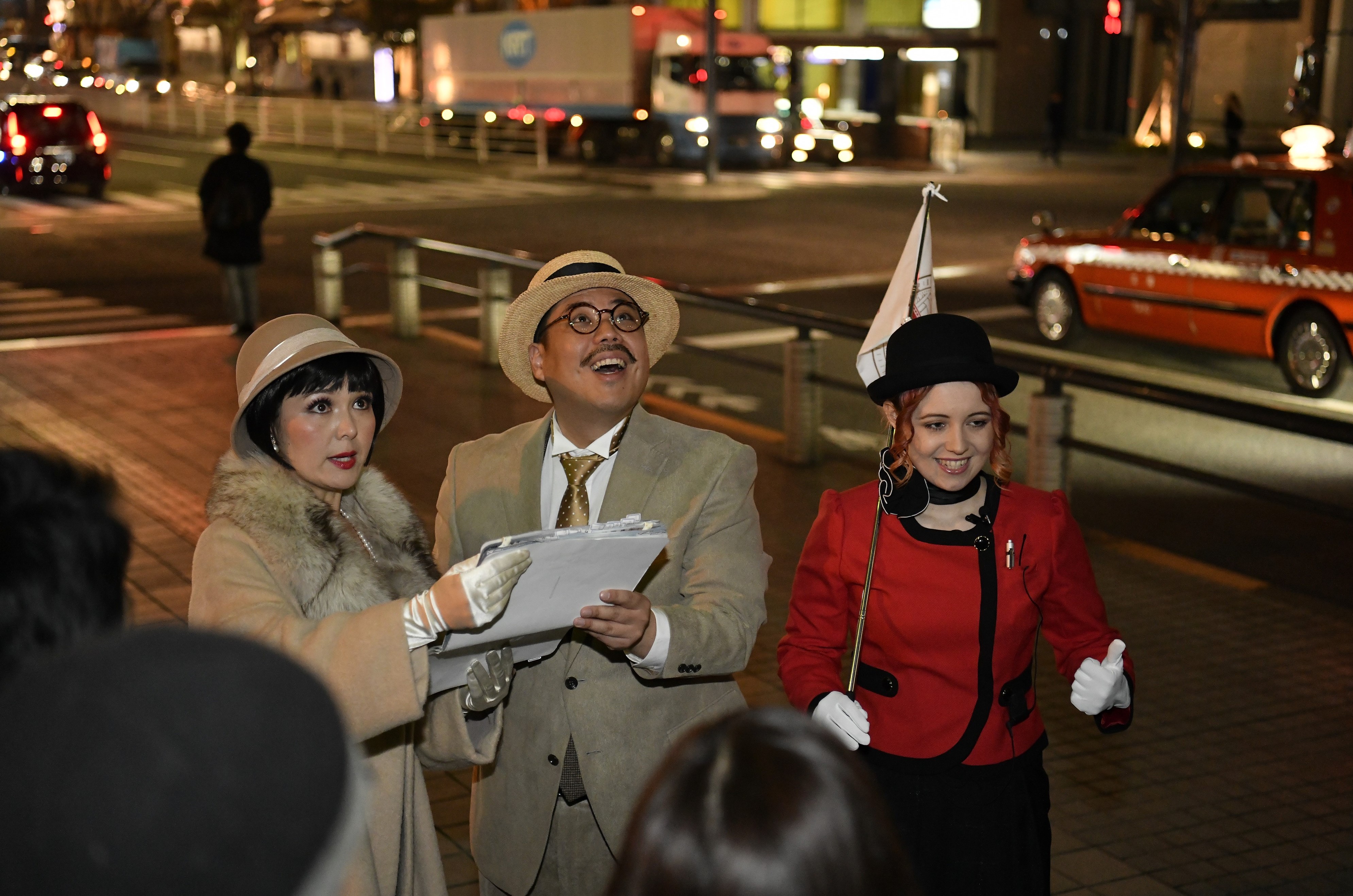 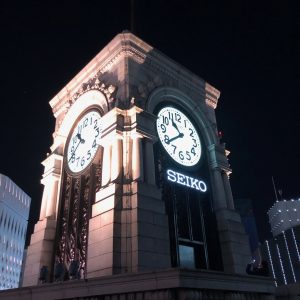 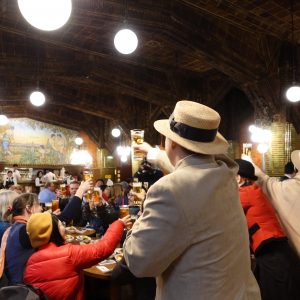 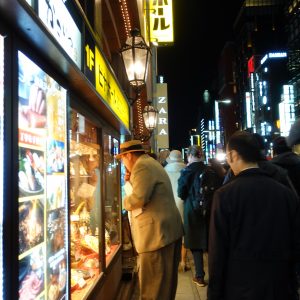 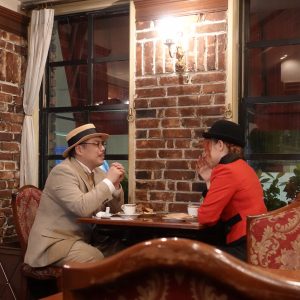 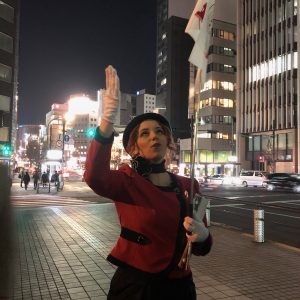 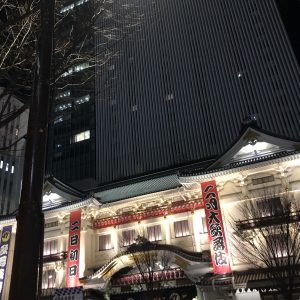 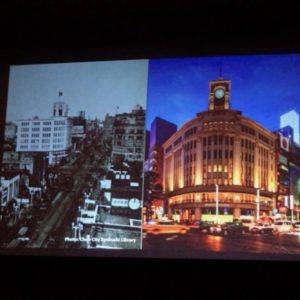 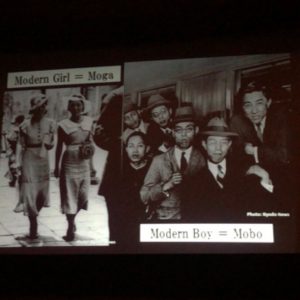 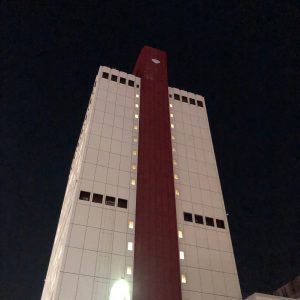 Shochiku – the famous Japanese movie studio and production company – has organized a new nightlife event for foreign tourists in Tokyo’s popular Ginza area. The Ginza Theatrical Night Tour, as it’s called, opened at the end of January this year as part of a pilot project of the Japan Tourism Agency.

The tour begins at the Togeki Theater, a cinema in Higashi Ginza, where an actress playing the role of a guide shows footage of Ginza from the 1930s.

This is followed by a black and white romance film, also set in Ginza. Then, suddenly, everything goes dark. It seems that the projector has broken down. When the lights come back on, a man and a woman dressed in their dated costumes jump out of the screen.

The actors act confused, playing the role of a man and a woman who have just traveled forward in time from the past. After a short interaction, the tour guide then takes everyone out into the town to visit historical buildings, famous spots, and prestigious restaurants featured in the video.

The tour is designed so that the participants can experience Ginza’s rich offerings, including its history. The two actors playing the characters who traveled forwards in time from the 1930s do comical skits, pointing out how Ginza has transformed. Not only do the participating visitors receive an audio guide, but the man, the woman, and the tour guide all speak in English.

Among the stops on the tour are the prestigious cafe Tricolore and the beer hall Ginza Lion, where the group indulges in a toast. A highlight of the tour is Wako, the iconic, elegant retailer in the heart of Ginza. Wako’s rooftop, made accessible through special arrangements for the tour, offers a night view of Ginza with a clock tower in the background.

The two-hour tour takes place twice a day, starting at 6 pm and at 9 pm, playing out differently each time. Participation costs ¥5,800 and includes light food and drinks at stops along the way.

This new approach of incorporating film and production into guided tours provides visitors a chance to experience Ginza’s past and the present with the actors – something entirely different from walking around on one’s own. Indeed, what makes this tour special is that the participants actually become part of the story. They will see skits on the way or at the next location, all connecting back to the video with which the tour began.

There are plans to make the Ginza Theatrical Night Tour a full-scale operation in the future. Potential expansion into other cities is being considered as well.

The focus for producers is on how to market a town, its buildings and history, to foreign tourists through a story with a clear direction and great entertainment value. They will have to establish new value for each town by working together with restaurants and commercial facilities, as well as transportation and accommodation companies.

Japan recognizes the need to provide more nightlife options as the number of foreign tourists continues to increase. Perhaps the fun and creativity of the Ginza Theatrical Night Tour will open the gates to a new nightlife culture in Japan.