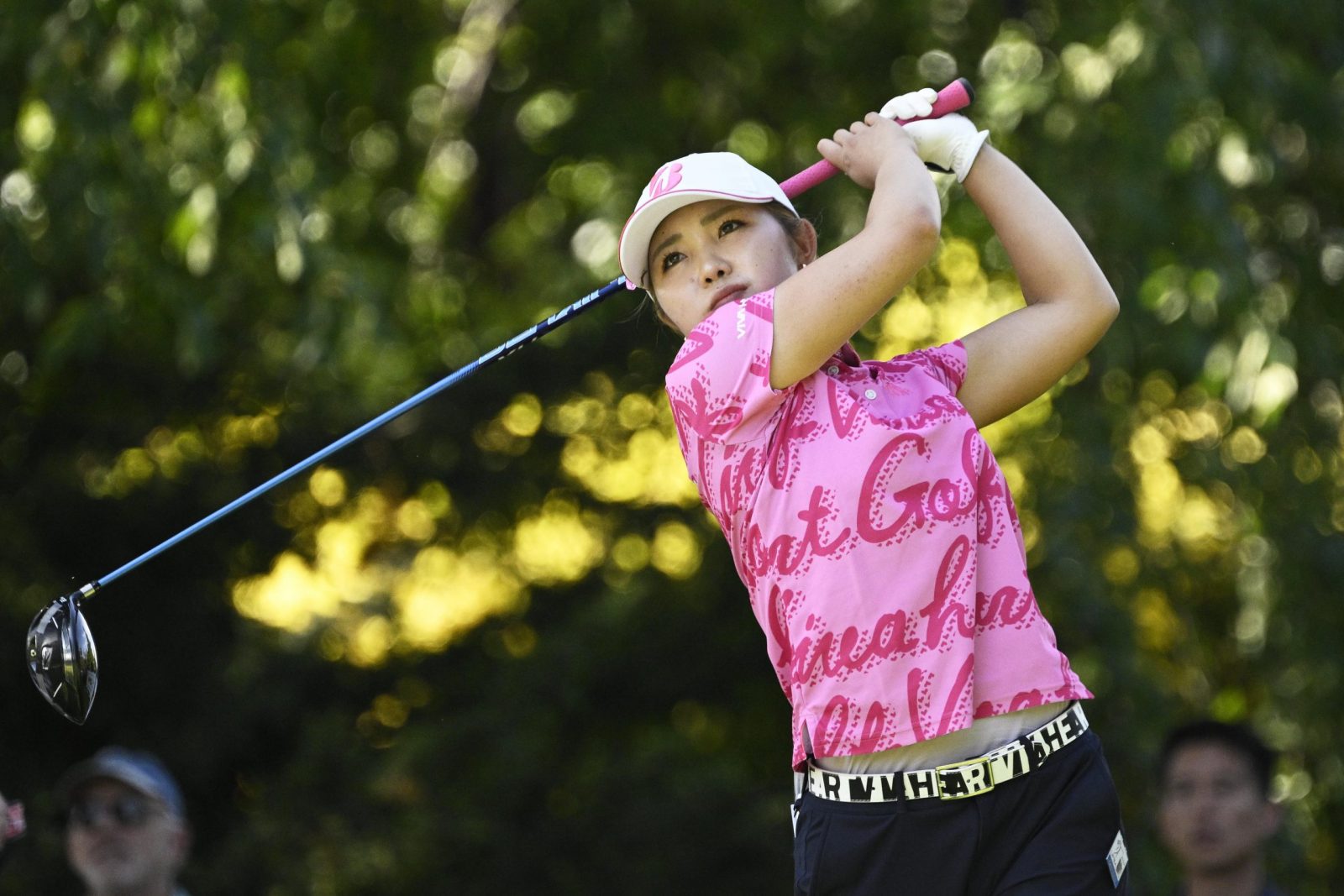 Ayaka Furue tees off on the 12th hole during the final round of the 2022 AmazingCre Portland Classic in Portland, Oregon, on September 18. (Troy Wayrynen/AP)

Andrea Lee, Lilia Vu and Ayaka Furue shared the lead entering the final round of the AmazingCre Portland Classic on Sunday, September 18.

Intrigue and anticipation carried over into the last day at Columbia Edgewater Country Club in Portland, Oregon.

Lee had the best day of the trio, shooting a 6-under 66, including eight birdies, to claim her first title on the tour. She finished at 19-under 269.

Ecuador’s Daniela Darquea carded an 18-under 270, including a 66 on Sunday, to finish a shot adrift of former Stanford University standout Lee.

Furue, who won the Women’s Scottish Open on July 31, shot a 68 and ended the tournament in a five-way tie for third place at 17-under 271. Joining her in the tie were South Korean rookie Narin An, Germany’s Esther Henseleit, Australia’s Hannah Green and Vu.