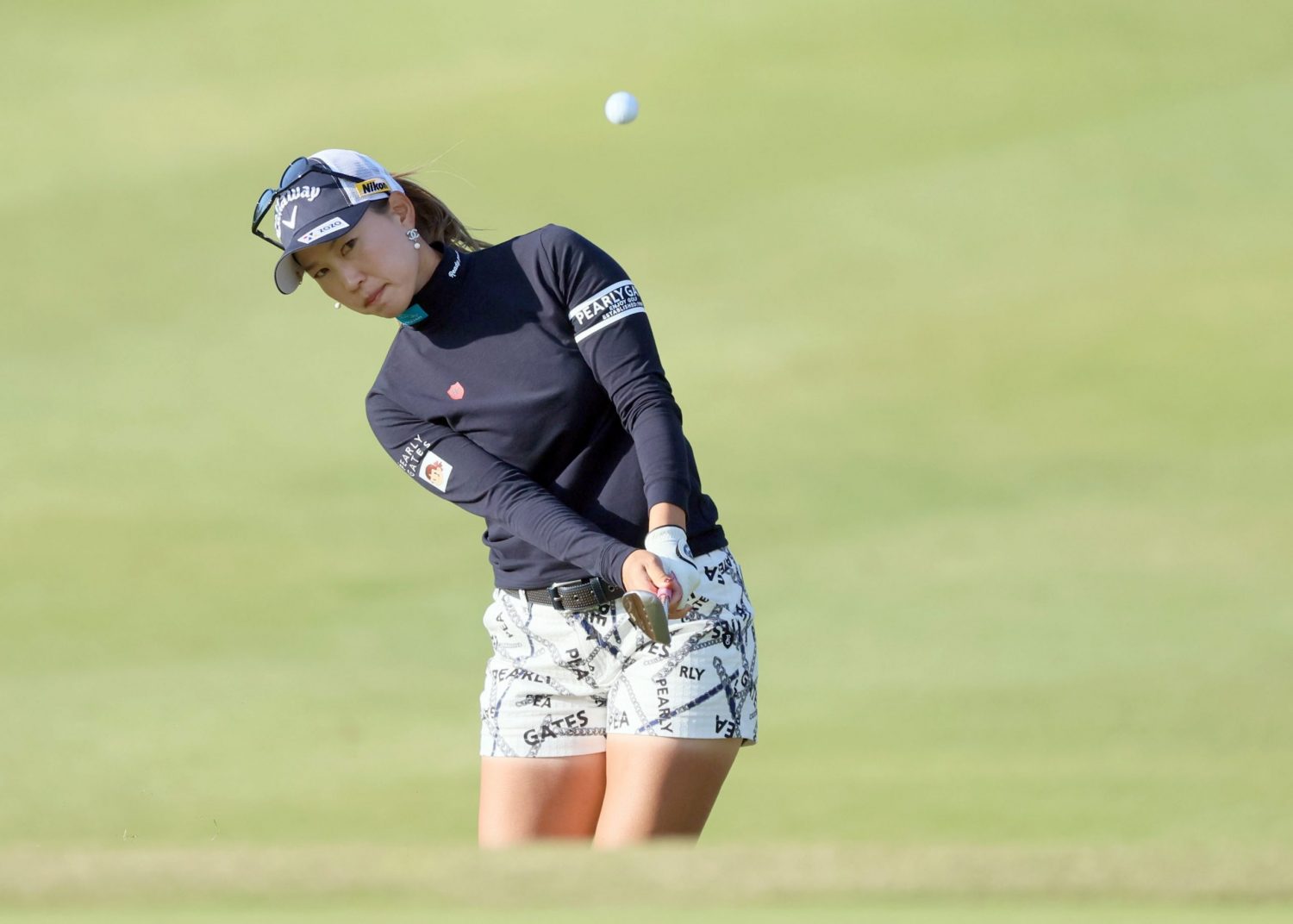 Momoko Ueda plays a shot on the 18th hole in the second round of the Japan Classic at Seta Golf Course in Otsu, Shiga Prefecture, on November 4. (ⒸSANKEI)

Former champion Momoko Ueda shot a 3-under par 69 on Friday, November 4 to take a one-stroke lead after the second round of the LPGA Tour's Japan Classic.

"I was not in a good mood in the first five holes," Ueda said. "During that time, Ai and Sakura [Koiwai] made good putts and played well. So, I tried to catch up with them and not to think conservatively.

"My tee shots and putts were not so good compared with yesterday and I was thinking during the round that it is going to be a tough day," added Ueda. "In such a situation, I played well enough today."

Author: The author is a longtime journalist who has covered sports in Japan for more than 25 years. You can find his articles here.