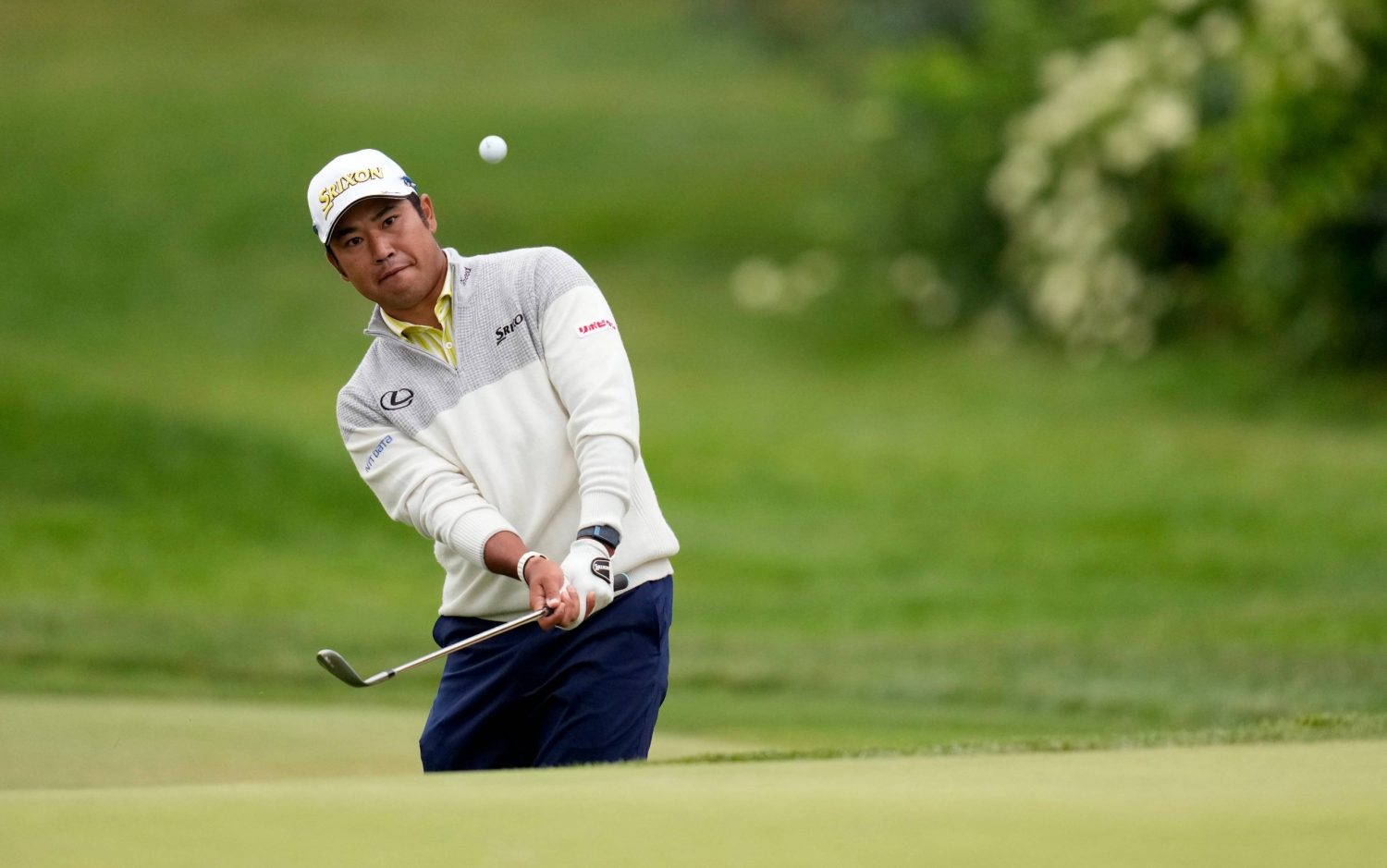 Hideki Matsuyama plays a shot on the 17th hole during the final round of the US Open at The Country Club in Brookline, Massachusetts, on June 19. (Charles Krupa/AP)

Hideki Matsuyama shot a tournament-best 5-under 65 in the final round of the 122nd US Open on Sunday, June 19.

Entering the final round, Matsuyama was six strokes behind joint leaders Matt Fitzpatrick and Will Zalatoris at The Country Club in Brookline, Massachusetts.

Fitzpatrick remained in title contention throughout the fourth round on Father’s Day and claimed the title with a 6-under 274, followed by Zalatoris and 2022 Masters champ Scottie Scheffler, who both shot 5-under 275s.

England’s Fitzpatrick carded a 2-under 68, including a par on the 18th, a par-4 hole, on Sunday. He is only the second golfer to win the US Amateur and US Open at the same golf course. Jack Nicklaus achieved the feat in 1961 and ’72 at Pebble Beach.

“Yeah, it’s just ― the feeling’s out of this world,” the US Open winner told a news conference. “It is so cliché, but it’s stuff you dream of as a kid. Yeah, to achieve it, I can retire a happy man tomorrow.”

Matsuyama Reflects on Final Round

Looking back at his best round of the tourney after carding 70 in each of the first two rounds and a 2-over 72 in the third round, Matsuyama noted that putting made a big difference.

“Definitely my putting was helping my game a lot. Rolling really good putts,” he told reporters. “My shots were pretty decent, too. I was able to target most of the greens, so I think that really helped me.”

He added, “I was happy with the birdies, as I wasn’t able to get one on Day 3. I was glad my putts were going in, too. I wouldn’t say I played perfectly, but being able to get a score like this was a big confidence boost.”

Asked if felt he had a chance to win the US Open, Matsuyama responded by pointing out that he was focused on a better overall showing throughout the tournament.

“If I can be a little bit greedy, I feel like, if I can play a little bit better on the first, second, and third day, that’s one of the things I’m working on, trying to be consistent for four days,” Matsuyama said. “So I’ll try my best.”