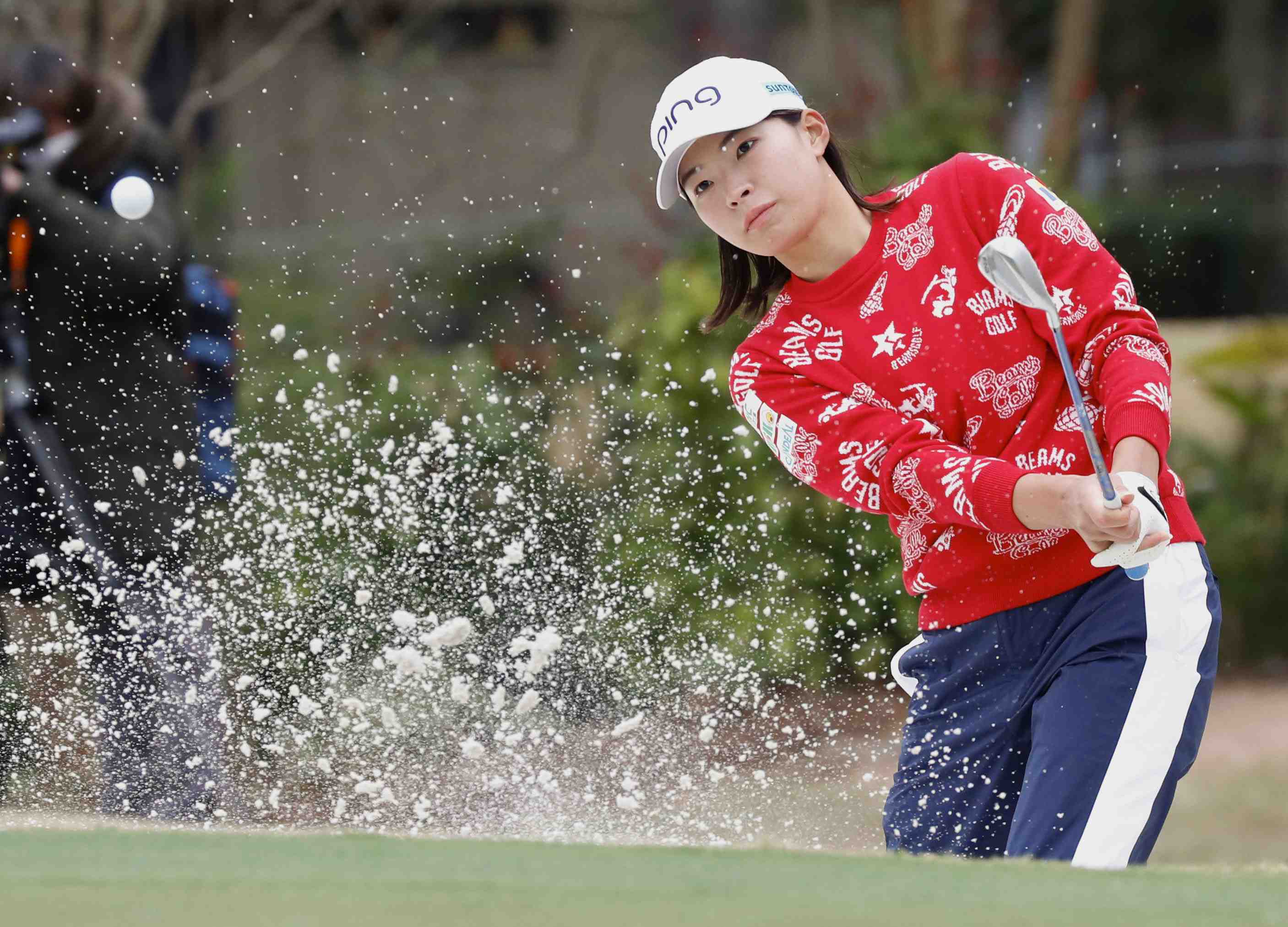 South Korean A Lim Kim excelled in the pressure-packed environment of the delayed U.S. Women's Open final round, while Hinako Shibuno struggled and shot a 3-over par 74 that spoiled her shot at the title.

Shibuno, who birdied the final hole, finished in fourth at 1-under 283.

Kim shot a 4-under 67 and completed an improbable comeback on Monday, December 14 at Champions Golf Club in Houston, Texas, to capture the title in the LPGA's final major of the year. The final round was postponed a day earlier because of thunderstorms.

Shibuno, known as "Smiling Cinderella" to her growing legion of fans, burst onto the scene by winning her first major at the 2019 Women's British Open. She led after the second round and third round last week, then, along with the rest of the field that made the cut, was forced to wait to complete the tournament.

The 22-year-old Okayama Prefecture native entered the last round with a 4-under 209 and a one-stroke lead over Amy Olson after shooting a 3-over 74 on Saturday, December 12.

In the previous round, Shibuno carded a 4-under par 67 and held a three-stroke advantage (7-under 135) at the midway point of the tournament. 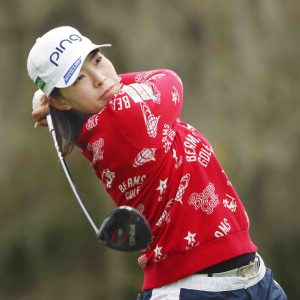 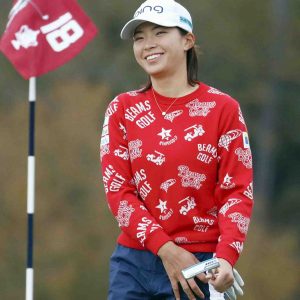 Hinako Shibuno had five bogeys in the final round of the U.S. Women's Open on December 14.

Despite the disappointing result in the final round, Shibuno said it was a good learning experience.

"I do have a little bit of confidence in my approaches; however, when it comes to shots, my shots weren't preferable under pressure. So in that respect I learned a lot about myself." 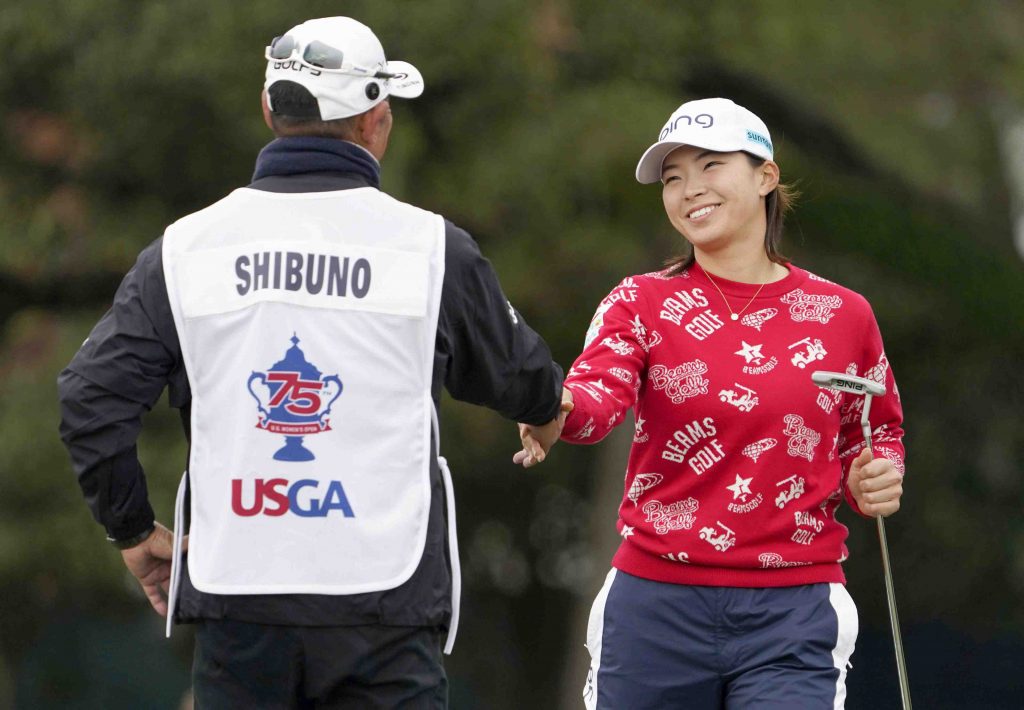 Hinako Shibuno led after the second and third rounds of the U.S. Women's Open.

If Shibuno had been able to finish on top, she would've become only the third LPGA golfer to claim her first two tour wins in majors. South Korean great Se Ri Pak last accomplished the feat in 1998, winning the LPGA Championship and the U.S. Women's Open.

Asked to put her U.S. Women's Open performance in perspective as she looks ahead to upcoming competition, Shibuno responded by saying, "I feel that this is my true performance. I have frustration, as well; however, I do not have any regret."

Earlier in the day, Kim, who entered the tourney as the world No. 94, seized the spotlight with an effort that joined the annals of the sport's great comebacks. Consider: Kim began the final round tied for ninth place. Then she became the first player to win the U.S. Women's Open after rallying from five shots back since a Hall of Famer named Annika Sorenstam accomplished the feat in 1995 at The Broadmoor in Colorado Springs, Colorado.

Golfdigest.com summed up Kim's splendid final-round performance this way: "Trailing by five strokes at the start of the day, the 25-year-old South Korean birdied each of her final three holes to match the low round of the week, a 4-under 67, to take the clubhouse lead at 3-under 281. Then she waited to see if anyone could catch her. 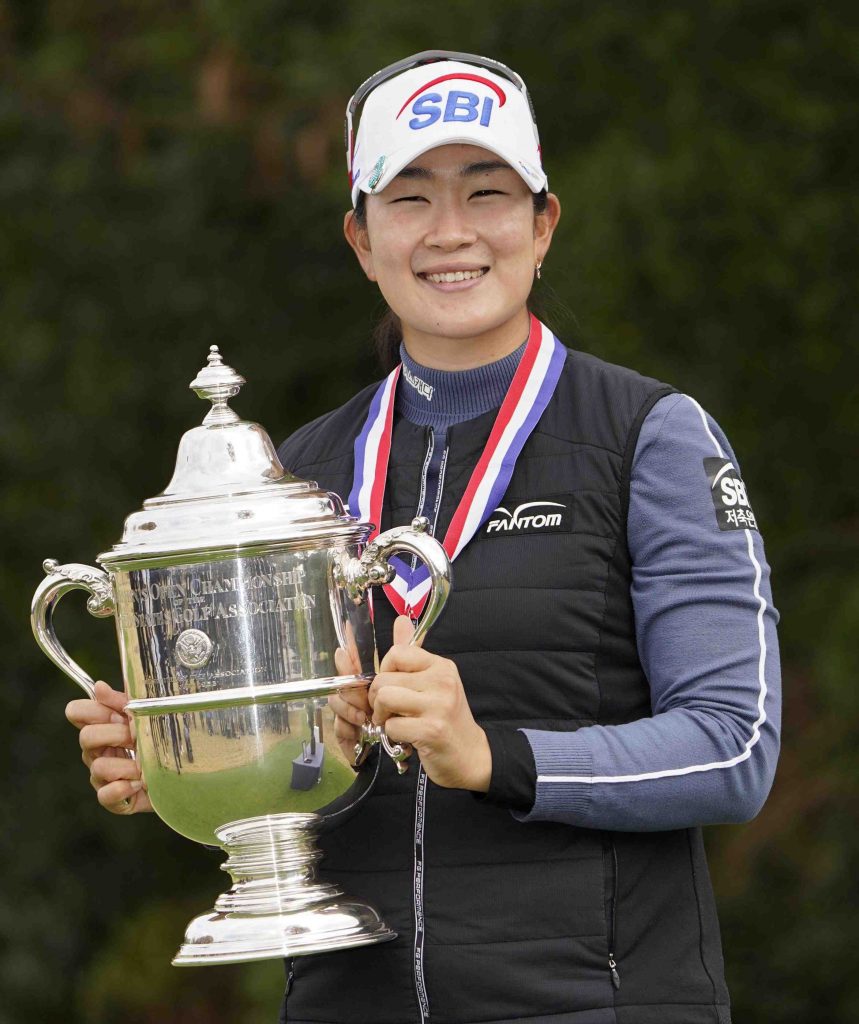 "I'm very honored to win the 75th U.S. Women's Open," she told a news conference. "Still can't really soak in that I'm the champion, but it feels different winning the tournament here.

"Back in Korea the style and the environment is different. But I'm really glad, and through COVID-19 we had a lot of difficulties, but glad we had the U.S. Women's Open held in Houston. It was a great win. Thank you."

Kim, who was competing in her first tournament in the United States, was well aware of the challenges that she faced down the stretch in the final round.

During the post-tournament news conference, a reporter asked: "Did you look at the scoreboard at all when you were out there, and did you know where you stood going into those last three holes?"

Kim replied this way: "Yeah, I've been eyeing the leaderboard throughout the round and I knew how many shots I was back. That's probably the reason why I tried to hit more aggressive [and] tried to attack the pins."

The event had originally been scheduled for June, but was pushed back due to the global COVID-19 pandemic.