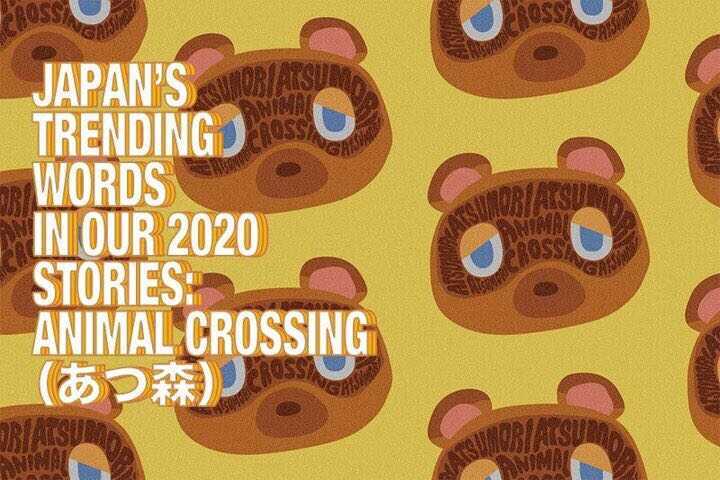 ~It was in March, during the state of emergency, that Animal Crossing: New Horizons, the new game for Nintendo Switch came out, and it hit the world with a storm.~

It’s no secret that COVID-19-related news and the fight against the virus has overwhelmed most of us this year. To mark this, JAPAN Forward is putting together a special to wrap-up the coverage of COVID-19 in Japan, and how people managed to stay cheerful and resilient despite the times.

With one topic per day, for five days from December 14 to December 20, make sure you stay tuned to the most popular topics among the Japanese this year!

March marked a period when most of the world was at home, either in lockdown or in an equivalent state of emergency.

It was during that period that Animal Crossing: New Horizons, the new game for Nintendo Switch came out, and it hit the world with a storm.

The game has the characteristic of allowing users to build their own adorable customizable islands.

With this innovative idea, the game created a soothing place for creativity to flourish, for users, businesses, fashion businesses, and even Hong Kong activists to express themselves!

In Japan particularly, the online platform became a way to showcase traditional crafts and sports, like kimono and sumo.

When Nintendo announced that the new game had garnered the company an impressive 428 percent increase in operating profits in the first quarter of the financial year (starting, as it happens, in March), it became clear that the rise in popularity wasn’t a mere perception, it had created a social phenomenon.

‘Animal Crossing: New Horizons’ and the Many Ways Nintendo is Winning vs Pandemic Slump

An expert and commentator on Japanese pop culture in Japan, Matt Alt,  gave us some analysis on the trend in an interview with JAPAN Forward. Among other things, he observed that during COVID-19, people were even more interested in diving into fantasies.

Of course, not everything was rosy for the company which brought to the world Animal Crossing. Nintendo was due to open a Super Mario themed section in Universal Studios Japan in the spring. This was delayed due to the onset of COVID-19.

However, as Japan exited the state of emergency in June and life returned to something closer to normal during the summer and early autumn months, Nintendo went ahead and, on November 30, 2020, announced a new opening date for the park in February 2021.

Nintendo’s entire year was crowned, however, by the recognition it received on the occasion of The Game Awards 2020. The ceremony recognizes achievements in the video game industry during the year. It might not surprise you, but Animal Crossing: New Horizons won in the Best Family Game category. What a year for Animal Crossing!