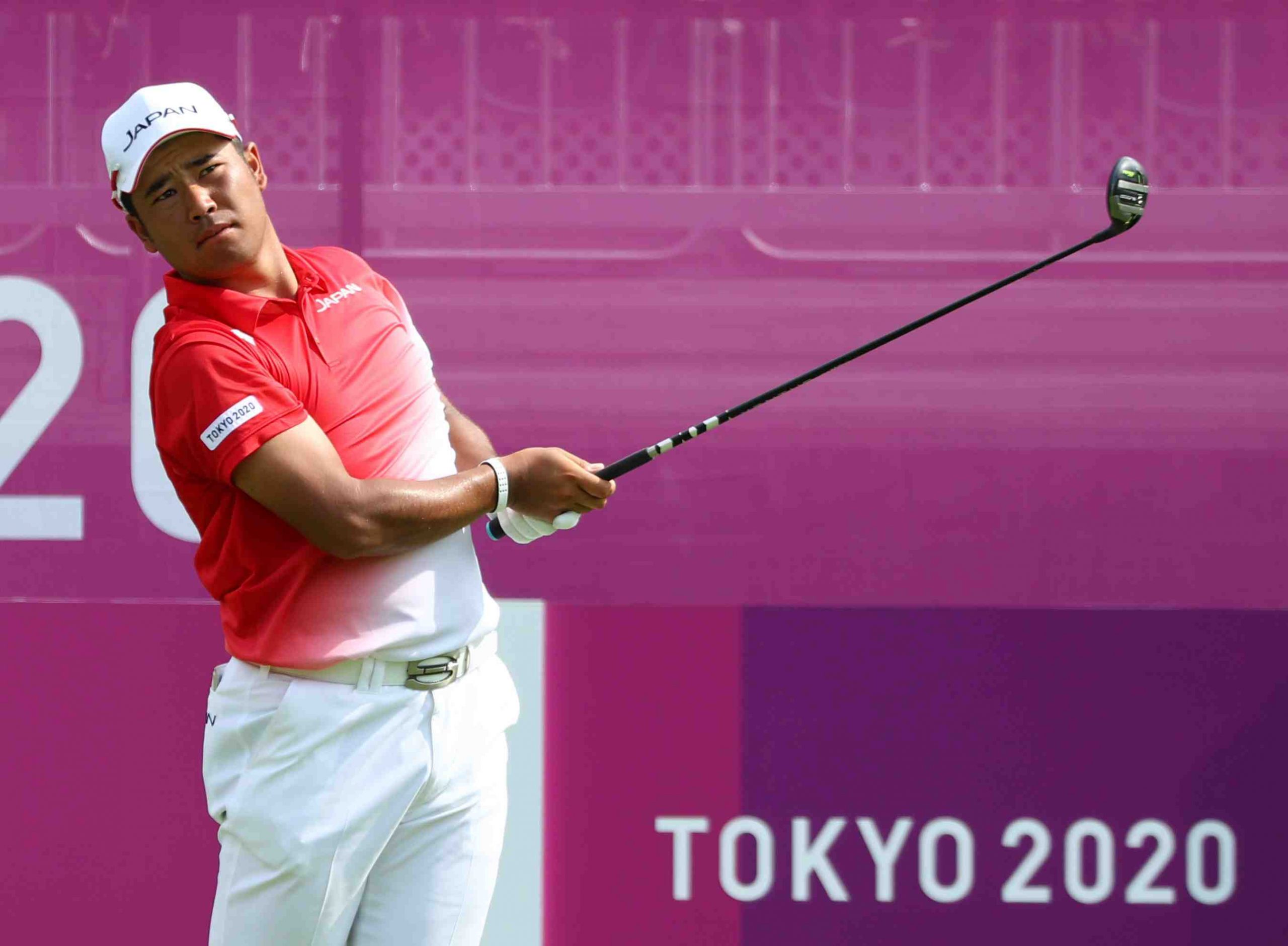 Hideki Matsuyama watches the flight of his ball in the first round of the men's golf tournament at the Tokyo Olympics on July 28 at Kasumigaseki Country Club in Kawagoe, Saitama Prefecture. (Murad Sezer/REUTERS)

Masters champion Hideki Matsuyama fired a 2-under-par 69 on Thursday, July 29, to finish six strokes behind leader Sepp Straka of Austria after the opening round of the golf tournament at the Tokyo Games.

Teeing off in a group with Australian Mark Leishman and Canadian Corey Conners, Matsuyama looked set to make a run for the top of the leaderboard after four birdies on the front nine.

But a bogey on the par-4 ninth at the par-71 Kasumigaseki Country Club in Kawagoe, Saitama Prefecture, took the wind out of his sails.

He had another bogey on the par-4 11th and finished tied for 21st in a group of golfers that included British Open winner Collin Morikawa of the United States and Rory McIlroy of Ireland.

Matsuyama was making his first appearance in a tournament since testing positive for COVID-19 earlier this month.

“If I can’t control my shots, I won’t be able to improve my score like you saw on the back nine,” Matsuyama was quoted by Kyodo News. “I hope to move up the leaderboard tomorrow so I’ll have a chance at contention.”

Matsuyama sank an 8-foot putt on the third hole for his first birdie of the day. He found the bunker with his tee shot on the par-5 fifth but made a fine recovery to get his second birdie.

He made back-to-back birdies on seven and eight before the bogey on the ninth hole.

Straka, ranked 161st in the world, put together an Olympic-record 63 in a bogey-free round that included eight birdies ー including three straight from No. 13.

He held a one-stroke lead over Thailand’s Jazz Janewattananond, who carded seven birdies.

Thomas Pieters of Belgium and Mexico’s Carlos Ortiz were tied for third after both players shot 65s.

Play at the club in Saitama Prefecture had to be temporarily suspended in the afternoon when there were reports of lightning in the area.

World No. 1 Jon Rahm of Spain and No. 6 Bryson DeChambeau of the United States were forced to withdraw from the tournament after testing positive for the coronavirus earlier this week.

Matsuyama tested positive for coronavirus July 2 and was forced to miss the Open Championship in Sandwich, England, earlier this month.

Matsuyama became the first Japanese to win a major tournament with his win at the Masters in April.

Japan’s Rikuya Hoshino shot an even-par 71 and was tied for 41st in a large group that included American Justin Thomas.