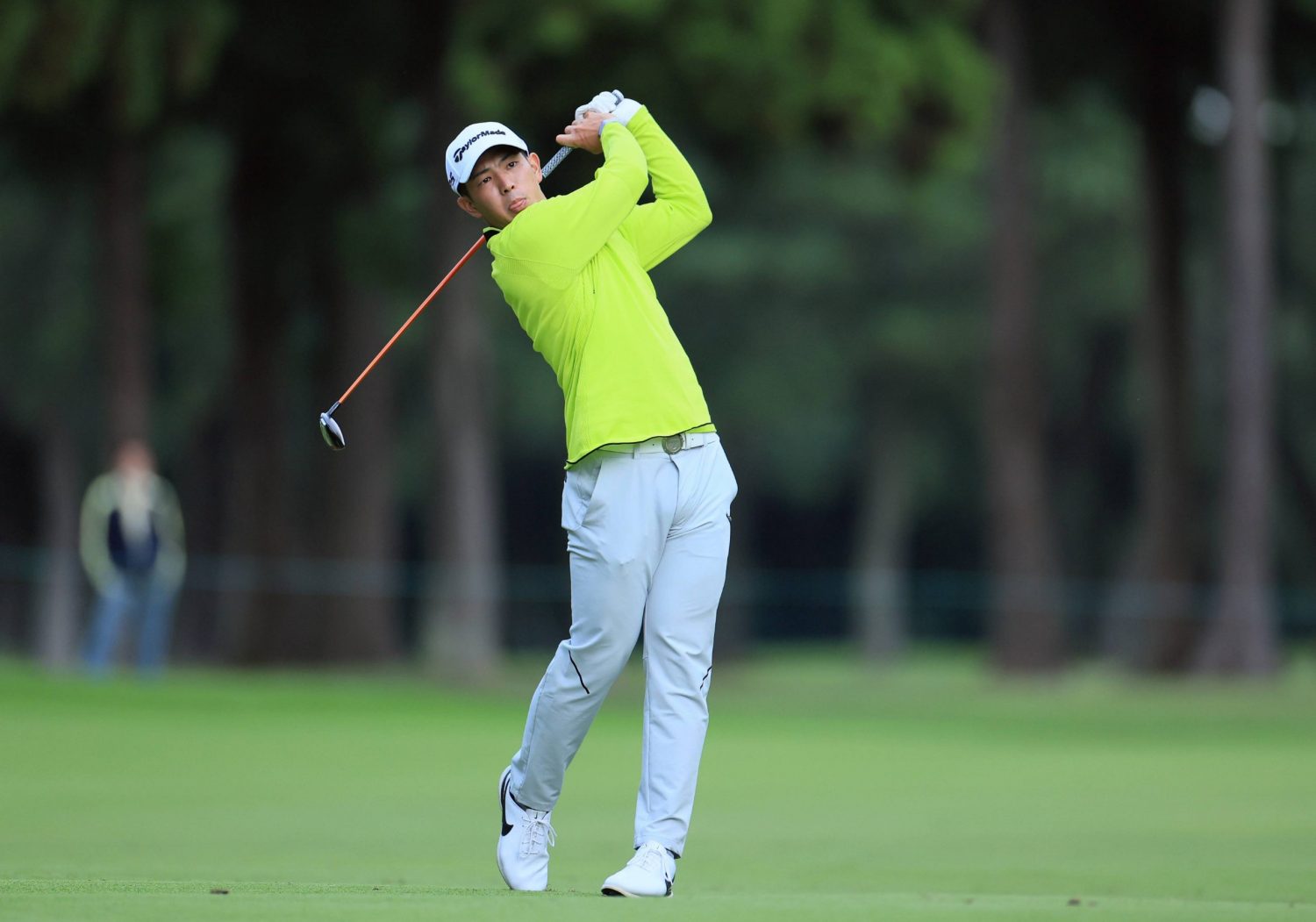 Keita Nakajima hits an approach shot on the 18th hole in the second round of the ZOZO Championship in Inzai, Chiba Prefecture, on October 14. (ⒸSANKEI)

The 22-year-old Nakajima shot a spectacular 7-under-par 63 on Friday, October 14 that left the former world No. 1 amateur at 7-under 133, just three shots behind co-leaders Rickie Fowler and Andrew Putnam of the United States.

Nakajima had nine birdies against two bogeys at the Accordia Golf Narashino Country Club. His best shot of the day came when he holed a birdie pitch shot from the rough on the par-5 No. 14 for his eighth birdie of the day.

It was the kind of shot Tiger Woods used to make, which was fitting because Nakajima said he was inspired by the former world No. 1.

"The first player I ever remember seeing on TV was Tiger Woods," Nakajima said. "I don't remember any particular shots, I just remember the fist pumps every time he wins, which I always thought was really cool. Tiger is definitely a clutch player so I would like to become more like him."