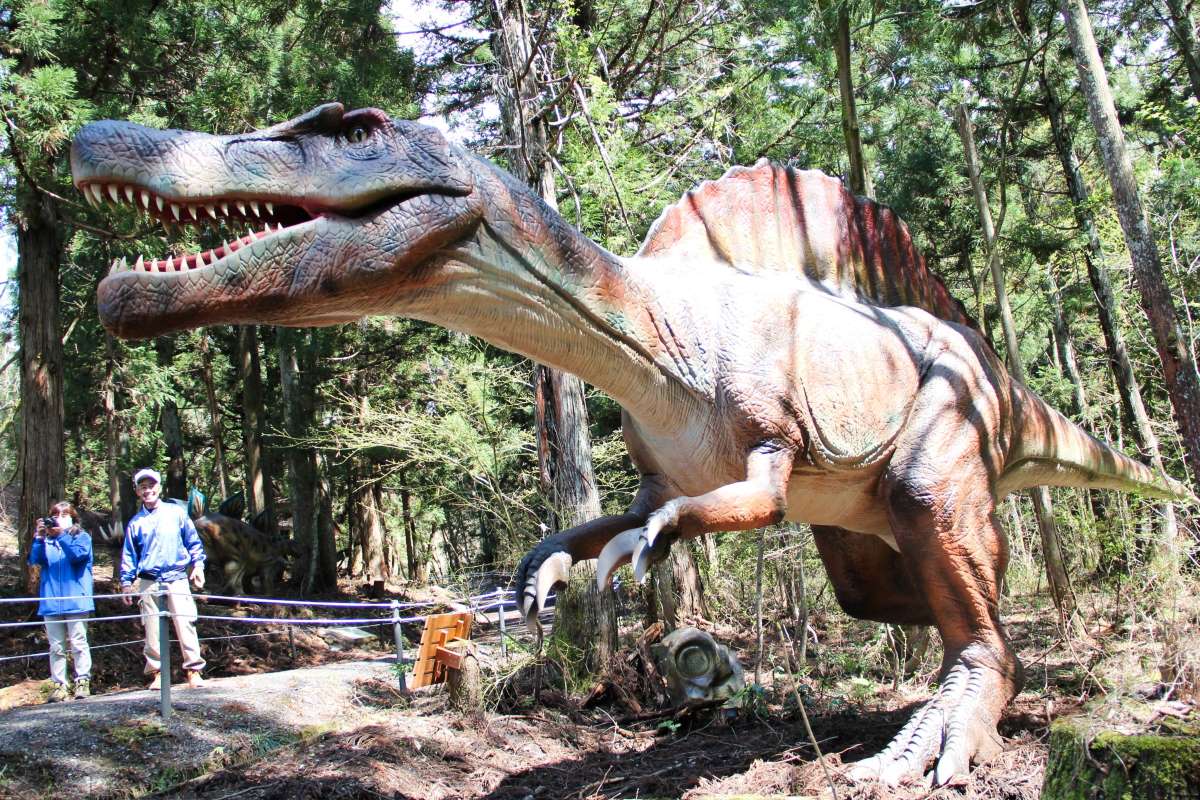 Scientists in Australia have hatched a plot to bring the extinct Tasmanian tiger back to life by manipulating its DNA. They have raised hundreds of millions of dollars towards the project.

Now, we ask: what incredible animals from Japan are ripe for revival?

The spinosaurus was the scariest dinosaur ever to live in Japan, rivaling the ferocious tyrannosaurus rex. Some grew to 17 meters long and weighed up to six tons.

A spinosaurus was featured in the film Jurassic Park III.

"We have nothing alive today that could be considered remotely similar," says Matteo Fabbri, researcher in paleontology at the Field Museum in Chicago. "This animal is simply weird."

A study in the journal Nature suggests that the spinosaurus probably hunted by hiding in lakes and rivers, like a crocodile.

"I really like the idea of this giant animal, weighing many tons, submerging under water to catch prey. It had a giant sail-crest on its back. That would have made it hard for it to hide under water but much more ominous: a bit like a shark fin poking above the water line," University of Oxford paleontologist Roger Benson told Reuters.

Last seen in Japan: 120 million years ago during the Cretaceous period. Fossils were discovered in Katsuyama, Fukui Prefecture. And a replica skeleton is held at the Museum of Nature and Science, Tokyo.

The most distinctive feature of the Naumann Elephant, which lived near Tokyo, was the shape of its skull. The forehead protrudes sharply, as if the animal were wearing a beret.

Yoichi Kondo, director of Naumann Elephant Museum near Lake Nojiri in Nagano Prefecture, says the animals are distinct from other ancient pachyderms because they adapted to live in forests. They can thus provide clues about the evolution of the natural environment in Japan and the development of human society.

Naumann elephants had gleaming tusks, as long as 240 cm in adult males. Long after extinction, the creature's teeth were still being used as medicine. According to an ancient scroll called the Shuju Yaku Cho, the ground-up teeth of a Naumann elephant were presented to Empress Komyo in the Nara period, around 700 AD. The shavings were used as a sedative and painkiller.

Last seen in Japan: As recently as 12,000 years ago, although they thrived in the ice age. Skeletons and bones are on display at the Naumann Elephant Museum in Shinanomachi, Nagano.

Legend has it that wolves would follow travelers high up into the mountains to protect them on their journey. Yet wolves were also regarded as dangerous predators - or divine spirits - deserving of reverence and respect.

A giant white wolf called Moro stars in the 1997 Studio Ghibli animated film Princess Mononoke, (Mononoke Hime もののけ姫) which had the working title of The Battle Between Humans and Ferocious Gods.

Herein lies the meaning in creating this work, as we face the coming chaotic era of the twenty-first century. I am not attempting to solve the entire world's problems. There can never be a happy ending in the battle between humanity and ferocious gods. Yet, even amidst hatred and carnage, life is still worth living. Is it possible for wonderful encounters and beautiful things to exist?

Unfortunately, according to scientific records, wolves have been extinct in Japan for at least 100 years. The last known Japanese wolf remains were bought by a zoologist in 1905, who sent the pelt to the Natural History Museum in London.

Last seen in Japan: 1905 (although Hiroshi Yagi claims he photographed one in 1996)

River otters - which have not been seen for more than 40 years - once numbered in the millions. Some of the ancient names for Japan hint at the environment in which the otters thrived: Ashihara no Nakatsukuni "country of rich reed beds" (豊葦原瑞穂国) and Ohyamato toyoakitsushima "island of many dragonflies" (大日本豊秋津洲).

These otters grew up to a meter long and fed on shrimp and fish, but their diet was badly affected by pollution. River otters were also hunted for their skins, which were either exported abroad or made into uniforms for the Japanese Imperial Army.

In the early 20th Century, meat from otters was sold as medicine to treat tuberculosis, without any scientific proof of its efficacy. The otter still serves as the official symbol of Ehime Prefecture on Shikoku island.

These cats have patterned fur, which is a combination of spots and stripes. The Japanese have named them, yamapikarya, which means "that which shines on mountains" because their eyes reflect light and look as though they flash in the dark.

Iriomote cats are about the size of ordinary domestic cats but can climb trees, swim and enjoy sunbathing on sandy beaches. The good news is that the Iriomote cat is not extinct, although it is Japan's most endangered species.

The animals are only found in one location; Iriomote island in Okinawa Prefecture, where they sleep in hollow logs and caves during the day. As the island's top predators, they have their pick of prey at night, including frogs, flying foxes, owls and bats. They are also good swimmers and can catch fish, crabs and shrimp.

Other animals on the endangered list include the Japanese crested ibis, the Amami rabbit, the Ryukyu spiny rat and the red-crowned crane.

Last seen in Japan: They are still alive!

Iriomote island is 40 minutes by boat from Ishigaki Island in the East China Sea.