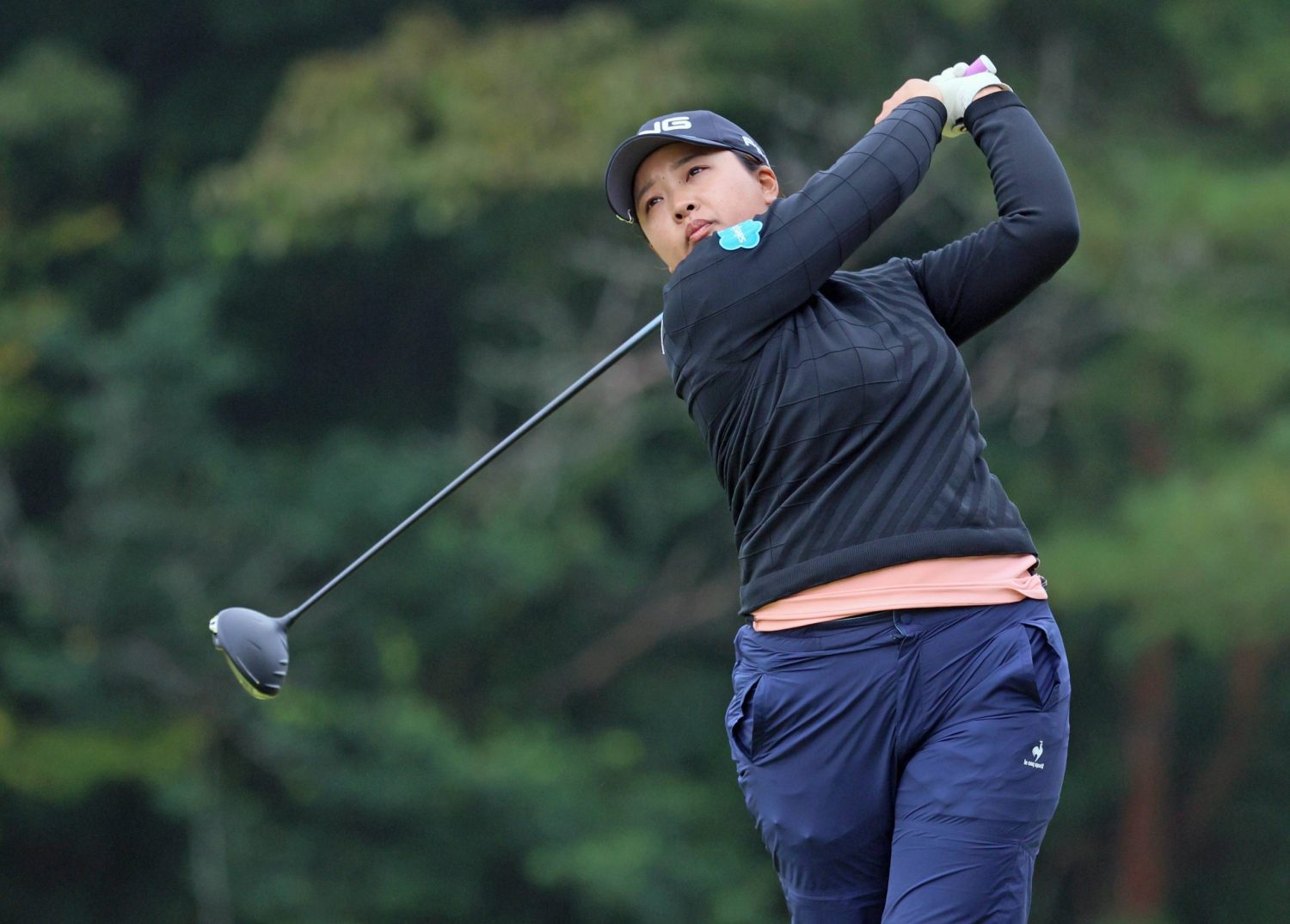 Ai Suzuki tees off on the second hole in the first round of the Japan Classic at Seta Golf Course in Otsu, Shiga Prefecture, on November 3. (ⒸSANKEI)

Former champions Ai Suzuki and Momoko Ueda shot bogey-free 7-under 65s on Thursday, November 3 to share the lead as the host nation dominated the first round of the LPGA Tour's Japan Classic.

Suzuki had four birdies on the front nine at the par-72 Seta Golf Course in Otsu, Shiga Prefecture, and added three more after the turn for a one-stroke lead over 2021 champion Ayaka Furue and Sakura Koiwai, who both fired a 66 and are tied for third.

"I felt like I could have gone to 10-under," said Suzuki, who parted ways with her coach in October. "I just decided to go it alone and it's been working well."

A 28-year-old native of Tokushima Prefecture, Suzuki won this tournament in 2019, the last time it was included in the LPGA Tour's schedule.