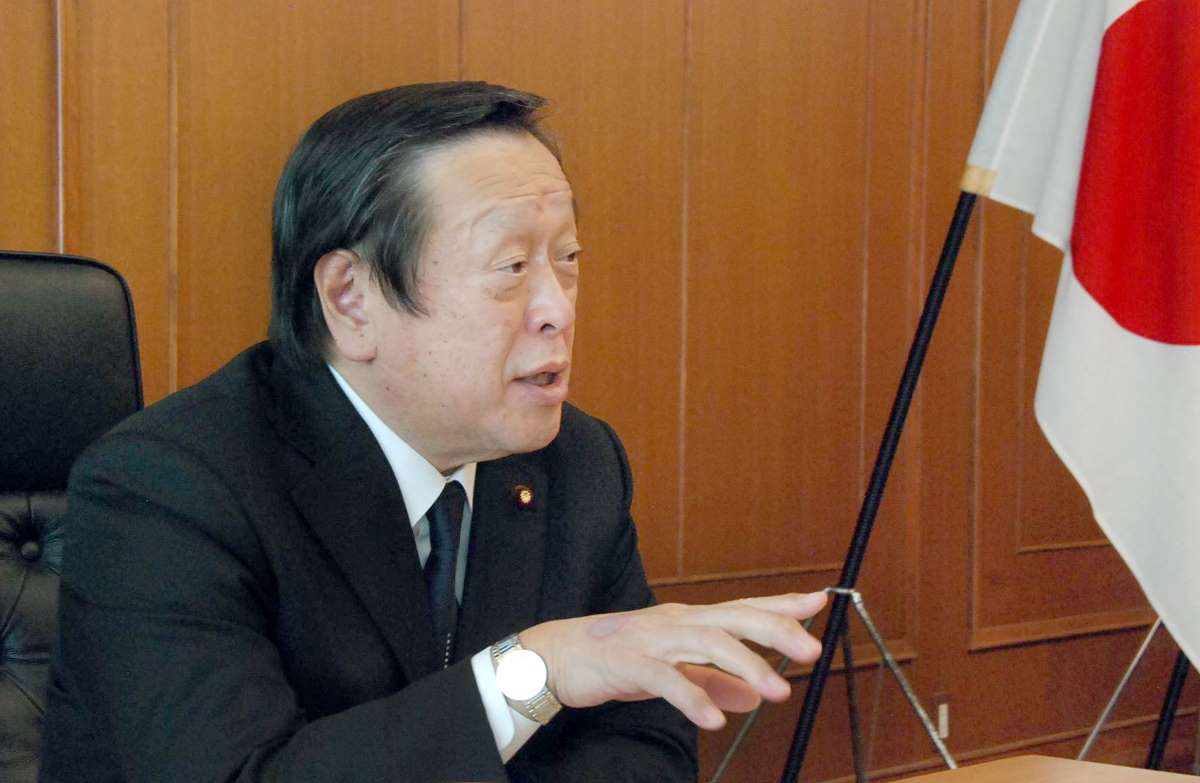 Defense Minister Yasukazu Hamada in an exclusive interview with the Sankei Shimbun on October 26, at the Ministry of Defense (© Sankei by Toyohiro Ichioka)

"It is important to make a bold effort for the development of shelters to protect our citizens in the event of a missile attack by another country," said Minister Hamada. Use of Self-Defense Force installations is also being considered, he pointed out.

The government is set to decide on revisions to the "three national security documents," including the National Security Strategy, by the end of 2022. Overall, the defense minister indicated the government is aiming to fundamentally strengthen Japan's defense capabilities.

How should Japan strengthen its defense capabilities in response to North Korea's nuclear and missile development?

North Korea is continuing to develop ballistic missiles at an extremely rapid pace. It is becoming more difficult to detect signs of launches early and intercept the missiles. It is important to make constant efforts to strengthen our nation's missile defense.

We will consider all options without ruling them out. That includes the so-called "counterstrike capability" (possessing the capability of reaching enemy bases or other installation to prevent missiles from being launched at Japan).

We must work to fundamentally strengthen our defense capabilities. The nation's defense posture will not be effective without both defensive and counterstrike capabilities. I believe that further discussion on this point will lead to deterrence.

What about the suggestion that the possession of a counterstrike capability will alter Japan's exclusively defensive security policy?

Counterstrike capability has a very significant deterrent impact. To the extent that it is within the scope of the Constitution, we will consider measures based on an exclusively defensive security posture that do not lead to a preemptive attack.

Diplomacy in the pre-attack phase is very important. And we are building partnerships with the United States and other countries for this purpose. It is important to do what we can do before we are attacked, and to show our posture in a visible way.

Are there any other items you want to focus on, besides equipment acquisition, such as emergency shelters, in the case of missile attacks?

The government has long been considering shelters for the protection of the citizens. And the Ministry of Defense would also like to consider what it can do to protect the public.

It is important to make the public aware of the need for such facilities. Shelters can also be considered a means of deterring other countries by telling them that it is useless to attack us. I would like to strongly advocate this in the [defense-related] discussions toward the end of the year. The government as a whole will take up the issue for consideration.

How difficult are the ruling parties' talks on the Three Security Documents expected to be?

It's better to have questions in the discussion. It would be more disturbing if a decision were to be made without debate. It is extremely important to have strong debate at this historic turning point. We must overcome the challenges and create a "defense force suited to Japan."

I am not concerned about the questions because I think it is important to hold discussions that are easy for the public to understand. I hope the critics will be thorough.

What are your thoughts on the discussions of the government's expert panel on building up Japan's defense capabilities?

It's natural for experts to express a variety of opinions. And engaging in discussions is extremely important. At the same time, the Ministry of Defense will continue to advocate its views firmly and unwaveringly.

What the government is attempting to do now is a tremendous challenge. Prime Minister Fumio Kishida has taken a step forward, and we will continue to move forward with his instructions.

How different is the security situation surrounding Japan now, compared to five or 10 years ago?

Politicians need to have frank and open discussions on the public's concerns about the current security environment.

The new Self-Defense Force must find a way to reflect the will of the people. Since we are the peoples' reflection, we cannot make arbitrary decisions. But there are also some areas in which we must be decisive.