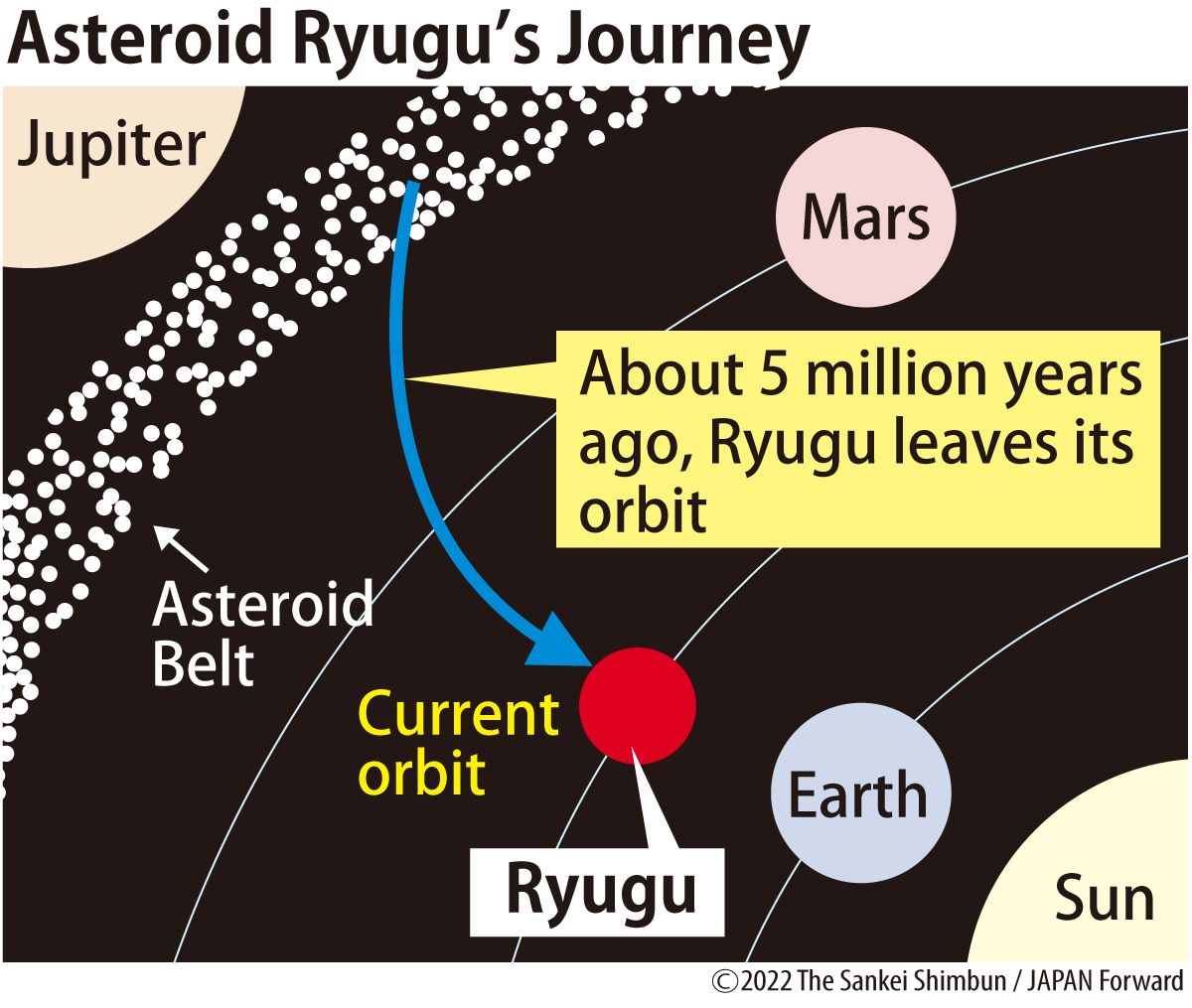 Analysis of the gas contained in the sand grain samples from the asteroid Ryugu, collected by the spacecraft Hayabusa2, revealed that Ryugu migrated to its current near-earth orbit about 5 million years ago. That is the conclusion of the Japan Aerospace Exploration Agency (JAXA).

This is the first time that a gas has been extracted from an extraterrestrial body in its gaseous form. A paper on the findings was published in the October 21 issue of the United States scientific journal, Science.

The collected samples contained gases called "noble gases," such as helium, neon, and argon. After analyzing the ratio of isotopes, which have slightly different properties, the gas samples were found to differ greatly from the earth's atmosphere. From this, researchers were able to conclude that the gas was from Ryugu.

Snapshot of the Cosmos

Ryugu was formed in the asteroid belt which lies between Mars and Jupiter. The bodies collide frequently here, which disturbs the surfaces. So it is thought that the amount of cosmic rays absorbed by the surface is not likely to be uniform.

However, the samples collected by Hayabusa 2 from both the surface as well as about 1.3 meters below the surface in an artificial crater both contained neon that had been exposed for 5 million years to cosmic rays that reach between 1 and 2 meters into the surface.

For this reason, it was concluded that Ryugu separated from the asteroid belt 5 million years ago, and migrated to its current orbit between Mars and earth, where there are fewer collisions.

Shogo Tachibana, professor at the University of Tokyo and a member of the research team, said, "From analyzing the gas, we have learned about the formation process of Ryugu. This may lead to progress in our understanding of the formation of the solar system."