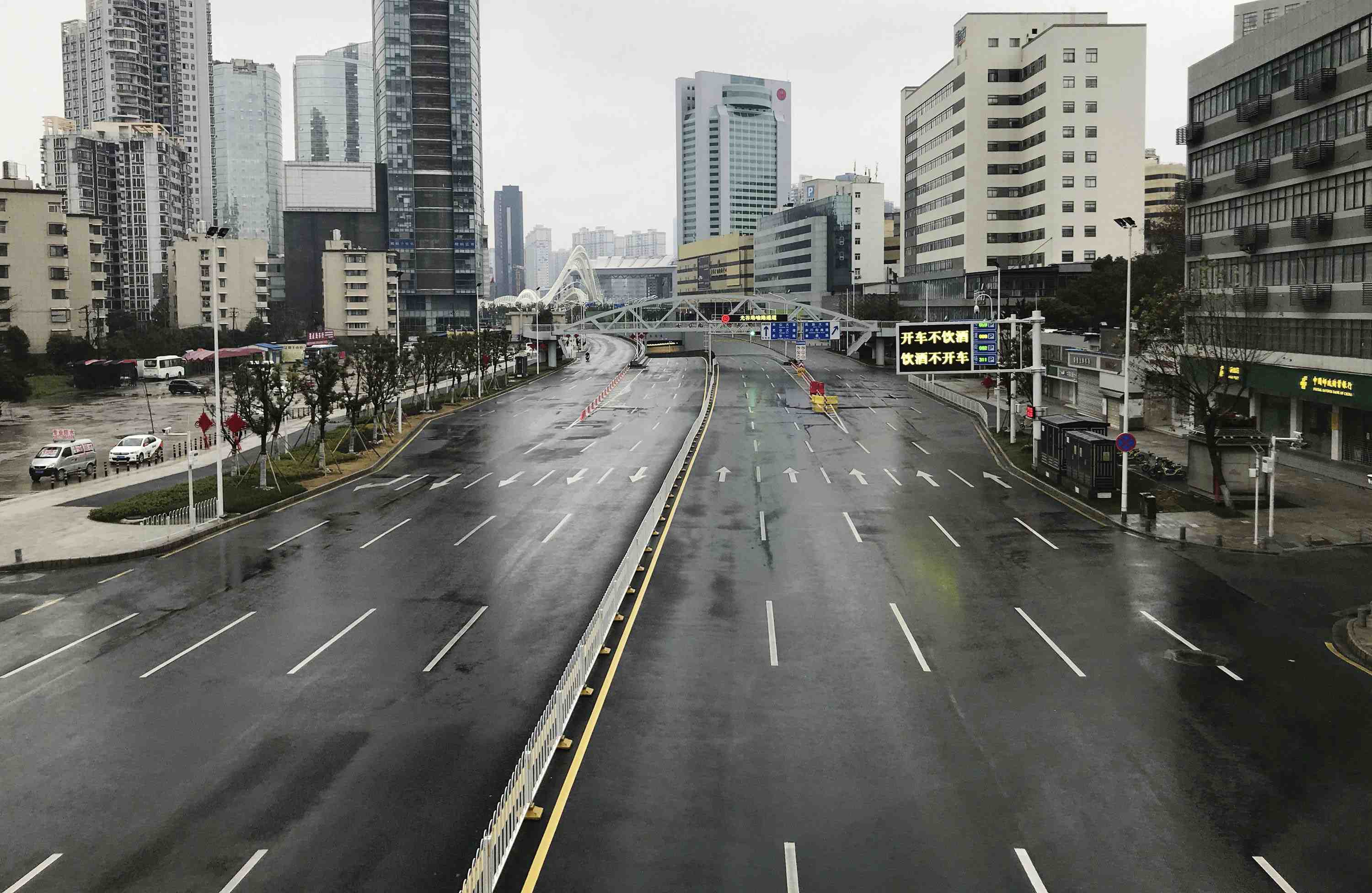 Part 2: In Xi Jinping’s Chastened China, an Emerging Insurgency Within the Party

The regime of Xi Jinping underperformed when facing COVID-19, and Chinese elites know it. In the unstable times ahead, expect a more hostile and unpredictable foreign policy coming out of Beijing.

The elites atop the Chinese Communist Party (CCP) know that something has gone very wrong. COVID-19 has exposed fundamental, deep-rooted weaknesses in the party’s governance model. Economic problems and social stability concerns loom ever larger as the fallout from the pandemic progresses. With Xi Jinping’s leadership being called into question, his impulse is to crack down at home and lash out abroad.

This will only intensify the debate within the CCP, and as the stakes rise, Xi will find it more and more difficult to back down or concede to those arguing for an alternative course. For the foreseeable future, U.S. policymakers should brace for a much more confrontational Beijing. Meeting this offensive with counter-pressure offers the best hope of encouraging a shift in power and a dampening of PRC aggression.

In internal conversations, party elites worry about how they will sustain employment now that supply chains have been disrupted and the world is in recession, contracting demand. They express concern about how the PRC will secure access to the raw materials it requires, from food to energy, as the pandemic compels tightening of borders globally.

Compounding these vulnerabilities, CCP experts acknowledge, albeit obliquely, the limits of their administration at home. They have failed to spur indigenous innovation, and their delayed response to the outbreak exposes their inability to react nimbly to an emergency. Yet this is a feature, not a bug, of a regime determined to exert centralized authority over the whole mainland. Xi is thus left to intensify domestic population control efforts while lashing out abroad. Contrarians carefully point out that these moves are likely to exacerbate the above problems. Their input is not welcome, and pressure continues to build up within the system.

The range of experts and scholars sounding alarms indicates anxiety at the party’s highest echelons. Yu Yongding, a prominent economist from the Chinese Academy of Social Sciences, published a column in the Chinese equivalent of Bloomberg on April 13, explaining the damage to the PRC’s productive capacity wrought by the virus: “Due to the high degree of division of labor and distribution of labor, most industries in China have formed long supply chains across regions.”

Therefore, even if some factories in less affected areas were able to maintain normal operations during the lockdown, “if only one of the links fails, the entire industrial chain will not work.” Dr. Yu is hardly a typical naysayer. He is a former PRC central bank advisor and member of the Chinese Academy of Social Sciences who proclaimed on his country’s behalf after the 2008 financial crisis: “We are not going to return to the good old days of 2006. We are going to promote the creation of a new world order.” Now, his brashness and boldness are gone.

Yu’s new cautionary sentiment is echoed by normally bullish voices on the high-tech end of the Chinese spectrum. The South China Morning Post, owned by CCP member and Alibaba co-founder Jack Ma, recently editorialized that the PRC economy remained “under huge pressure” even after loosening counter-virus restrictions in March. “Even as factories reopen, headwinds are still severely buffeting the economy,” and “the scale of pandemic related unemployment alone in the United States…points to an uphill slog to rebuild sales.” Further, “key eurozone economies such as Germany and France are already in recession, with the whole bloc set to experience a painful contraction.”

Meanwhile, Japan and the United States are incentivizing their firms to relocate supply chains out of the mainland. Tokyo and Washington are also part of an international coalition preparing to sue Beijing for damages arising from its incomplete and misleading information at the outset of the pandemic.

Chen Wenling, another prominent Chinese economist, said on China’s CCTV that the “partition” of the world as a result of the pandemic was unprecedented in human history. She confessed that she had been worried about economic, scientific, and technological decoupling before the coronavirus appeared. Now she says that it appears to be exploding like a “fuse.” Still, her advice has been consistently to focus on internal actions to restore the circulation of industry and stabilize employment. After all, it’s not just external headwinds that the country faces. Domestic demand is also depressed.

Chinese residents are proving cautious about re-opening their wallets amid a sense that the virus could return at any time. Official unemployment figures showed nearly 6% out of work, a 20% jump from 2019, and that doesn’t even count the millions of migrants who toil in PRC cities where they are not authorized to live and whose jobs were the first to be cut when factories stopped operating.

The situation has Chinese Academy of Social Sciences scholar Yang Bin warning of “real economic chaos and a threat to the survival of businesses and people.” Unlike Chen, he advocates “fighting back” to prevent further losses: “For countries such as the United States, India, Australia, the United Kingdom, and Sweden that threaten to sue for compensation, China must prohibit the withdrawal of assets” and require that these countries “sign relevant agreements when purchasing Chinese medical materials.”

The aforementioned Yu Yongding is similarly worried about “the problem of survival.” “Do we have enough basic strategic materials, such as food and oil, to ensure that we can continue to survive in the case of a long period of halt in production, and can social organizations still function normally?” he asks.

He then answers: “The Ministry of Commerce has recently stated that China has enough food, which is good news. But we are still a little worried. We have heard many stories about the fraud of grain depots in the past. Can a major national grain depot survey be conducted now? Another example is that China imported about 500 million tons of oil in 2019. Once the oil supply is interrupted, how long can the oil in our reserve stockpile support us?”

Yu concludes that “because modern urban life is so fragile,” in light of COVID-19 Beijing’s investment priorities must shift from new, high-tech areas such as 5G, electric vehicles, big data, and artificial intelligence to more old-fashioned infrastructure and the restoration of industrial supply chains.

Again, he is not alone in urging the regime to get back to basics. Cheng Guoqiang, a distinguished professor at Tongji University, warned in a late-March interview with the PRC’s Economic Daily that a “global food crisis triggered by the epidemic may be a high probability event” if the pandemic is not quickly controlled.

When Western media started reporting in March that Kazakhstan, Vietnam, and other countries from which the PRC imports food were suspending agricultural exports, Chinese outlets rushed to publish expert opinions that the disruptions would not provoke a crisis in the PRC. Every interview sounded the same note of reassurance — “there is no shortage in China,” but “what we need to guard against is the consequences of panic.” The recurrence of similar phrases indicates that these articles are a product of “public opinion guidance” from the CCP’s propaganda bureau. Accustomed to such shaping efforts, Chinese elites will see through the rhetoric and wonder whether Xi’s administration is protesting too much.

Since February Xi himself has stressed the importance of ensuring that the PRC’s spring planting season is not disrupted by the virus. When he visited Wuhan, the epicenter of the virus, in Hubei province in early March, his public remarks included an injunction to “coordinate the work of spring farming” across Hubei. His more recent retrospectives on how the party prevailed against the contagion note that avoiding agricultural disruptions was part of the story but remains a priority. But as Yu’s interview suggests, boasts from on high that everything is fine can elicit skepticism.

(This article was first published in The American Interest on April 23, 2020, under the title “INFIGHTING: A Chastened China Girds for Conflict.” It is republished here with permission. Part 2 can be found at this link.)

Jacqueline Deal is president of the Long Term Strategy Group, a defense consultancy; co-founder of the American Academy for Strategic Education, a non-profit that teaches strategy; and senior fellow of the Foreign Policy Research Institute.