Haruki Murakami’s new Line of T-Shirts in collaboration with UNIQLO: Now on Sale 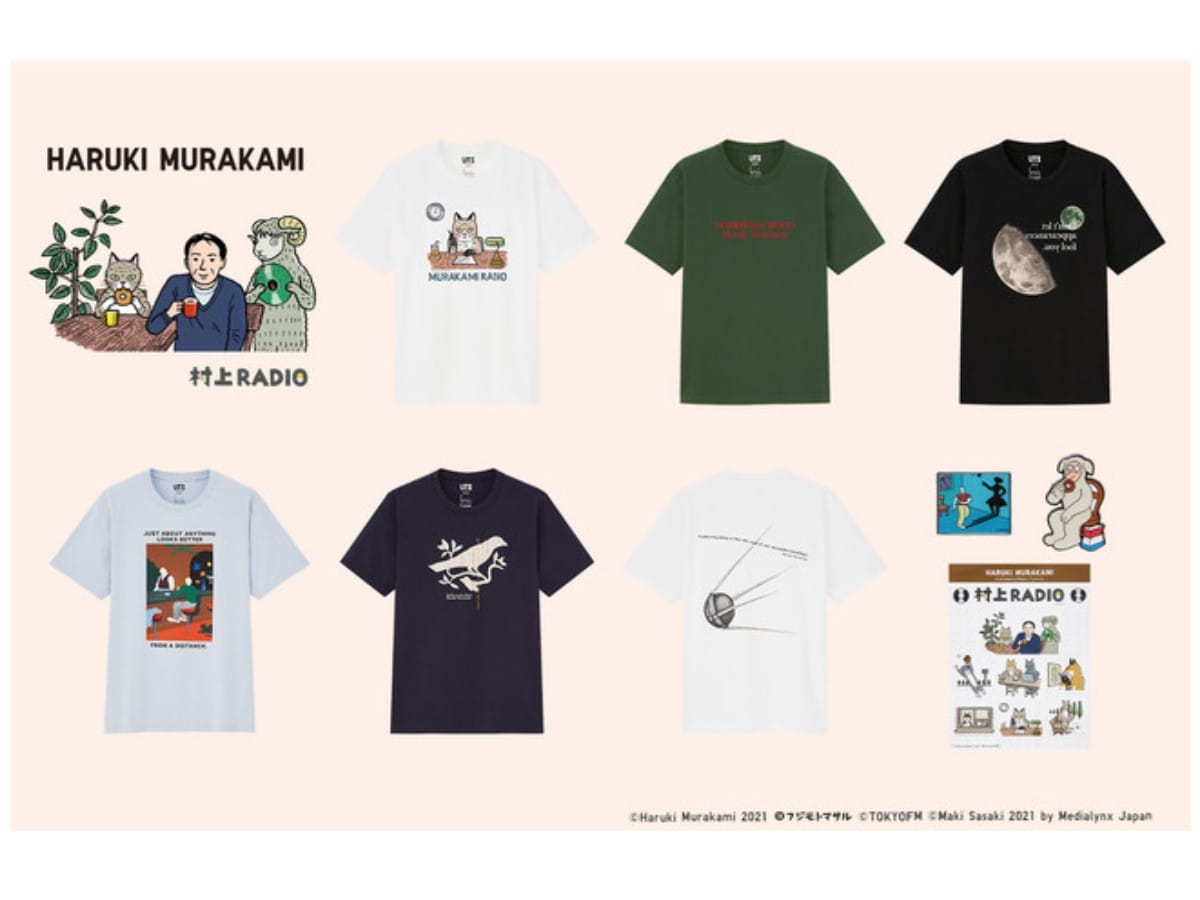 The Japanese writer, Haruki Murakami (春樹 村上) who has captivated book lovers all across the world, has now released a new line of T-shirts in collaboration with UNIQLO.

The collaboration that brought one of Japan’s most famous authors and one of its largest and most known manufacturers features a line of T-shirts inspired by Murakami’s novels.

There are eight graphic T-shirts in the collection, from which one has a very minimalistic design, while the rest have more elements included and are more elaborate.

Besides the motifs inspired by his literature works, you’ll also discover his passion for music, cats within the designs, and two tops that have his new outgoing project as reference.

The collection also features a set of Haruki Murakami stickers and pin badges that come in three different patterns.

The T-shirt with the most simple design is the green one that has written the title of one of his most famous novels, Norwegian Wood, and the author’s name.

The rest of the motifs showcase a few of his other literary masterpieces such as Kafka on the Shore, Dance Dance Dance, 1Q84, Sputnik Sweetheart, and Pinball, 1973.

The rest of the article can be viewed on our partner’s website, grape Japan at “Haruki Murakami’s new Line of T-Shirts in collaboration with UNIQLO: Now on Sale.“