Has U.S. Government Angst over the China Danger Diminished? 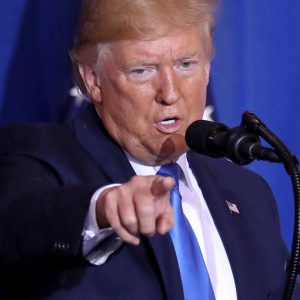 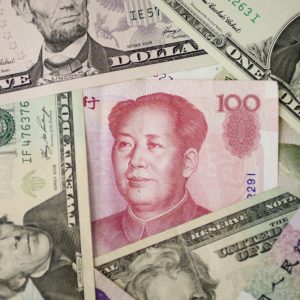 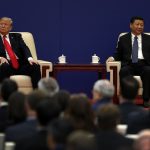 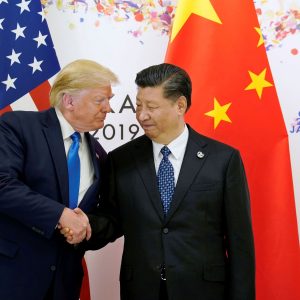 The so‐called “truce” in the trade war with the signing of the phase one U.S. China trade agreement on January 15 comes amid indicators that the intense U.S. government consensus pushback against a wide range of perceived challenges posed by China may be subsiding.

At ﬁrst, the President and some of his senior oﬃcials were ambivalent about implementing the tough declaratory strategies against China, especially over economic issues. But the 115th Congress took the lead in advocating an across-the-board hard line, ultimately passing in August with broad bi-partisan support the major international relations legislation of 2018, the National Defense Authorization Act of 2019.

That law laid out the new “whole of U.S. government” eﬀort against China, giving special attention to restricting investments and exports as part of newly prominent concerns over China’s high technology competition and to defend against Chinese inﬂuence operations. There also was prominence devoted to ongoing issues such as Taiwan and the South China Sea.

President Trump’s concurrent punitive tariﬀs targeted Chinese economic practices seen as an “existential threat” to the U.S. economy by the U.S. Special Trade Representative. Vice President Pence took the lead in explaining the hard government line in a speech in October in Washington and remarks in Asian multilateral meetings in Asia in November 2018. And the Justice Department and the FBI in November announced their strong eﬀorts against Chinese espionage and inﬂuence eﬀorts.

2019 featured follow through by the administration in countering Chinese challenges, though the publicity to such eﬀorts subsided, presumably at least in part because of oﬀ- and- on trade negotiations with China. Secretary of State Pompeo made repeated speeches and other eﬀorts to persuade allies and U.S. high technology companies of the wisdom of avoiding interaction with the controversial Chinese high technology company Huawei on grounds of national security.

A variety of administration eﬀorts went forward to support Taiwan and implement a strong Indo- Paciﬁc strategy to counter China. The Congress remained generally supportive, and was notably active in reaction to China’s egregious violations of human rights involving the interment of one million Muslims and in support of the millions demonstrating in Hong Kong against Beijing’s control.

Nevertheless, the National Defense Authorization Act of 2020, while it had scattered provisions dealing with China, had little of the priority and substance given to China in the previous year. China issues were addressed in many other proposed bills, but the vast majority of such legislation garnered little congressional support.

On the campaign trail, the leading Democratic candidates and the American media covering the campaign registered little urgency over the China danger. Beijing’s human rights abuses in Xinjiang and control in Hong Kong were uniformly and frequently criticized, usually without calls for strong U.S. countermeasures to punish China. China as a foreign policy issue, when treated at all, received low priority treatment in the Democratic candidates’ debates. Media interviews with the candidates saw issues with China, if they came up at all, addressed toward the end of the discussion, not in the beginning.

Of the leading candidates in early 2020, Vice President Biden backed away from his remarks earlier in the campaign about the insigniﬁcance of China’s challenge. But he repeatedly emphasized Chinese weaknesses in comparison to U.S. strengths, asserting that China was in a much worse position than and no match for America.

Newcomer candidate Michael Bloomberg kept a low proﬁle on China against the background of his deep business relations and strong advocacy for American free trade and economic engagement with China. Prior to his announced candidacy, when questioned about China’s crackdown on dissent in a PBS interview in September, Mr. Bloomberg argued in defense of Xi Jinping that the Chinese president was representing his constituency and was not a dictator.

There was little hostility toward China in Bernie Sanders’ rhetoric that, like Elizabeth Warren’s, blamed big business for the trade agreements that China exploited to the disadvantage of U.S. workers and average Americans. When asked directly, Sanders said China was not an existential threat to America and he urged stronger U.S. eﬀorts to establish a positive cooperative relationship with Beijing on climate change and other issues.

Pete Buttigieg saw a real danger in China as a dominating high tech power spreading its inﬂuence in the world through the Belt and Road Initiative and other eﬀorts, yet his remedy was not to confront China through punitive tariﬀs and restrictions. He saw the main answer as strengthening American competitive assets at home, and he also averred that cooperation with China was needed on climate change and other issues.

Meanwhile, Senator Amy Klobuchar saw utility in well managed U.S.‐allied pressures to get China to stop its trade and economic practices harming America. But she seemed to graphically illustrate the campaign’s limited interest in China when, among the 100 steps she proposed to take in the ﬁrst 100 days of her presidency, only one – against Chinese steel dumping – was about China, and it came far down the list.

Despite the diﬃculty in forecasting American politics during an impeachment trial of an avowedly unpredictable president in an election year, China’s behavior will remain a key determinant of the level of U.S. attention China issues receive going forward. Beijing appears for now to favor a low posture, avoiding confrontation, suggesting that the recent trend of diminished U.S. attention to China issues will continue in the months ahead.

Professor Sutter’s research benefited greatly from 2020 Presidential Candidates in the Indo-Pacific on the Asia Matters for America website.

Robert Sutter (sutterr@gwu.edu) is professor of the practice of international affairs at George Washington University. His most recent book The United States and Asia: Regional Dynamics and Twenty-First-Century Relations, (Rowman and Littlefield, 2019).

Robert Sutter (sutterr@gwu.edu) is professor of the practice of international affairs at George Washington University. His most recent book, The United States and Asia: Regional Dynamics and Twenty-First-Century Relations, is published by Rowman and Littlefield (second edition, October 2019). His previous books include Axis of Authoritarians: Implications of China-Russia Cooperation, with Richard Ellings, (Seattle WA: National Bureau of Asian Research, 2018).