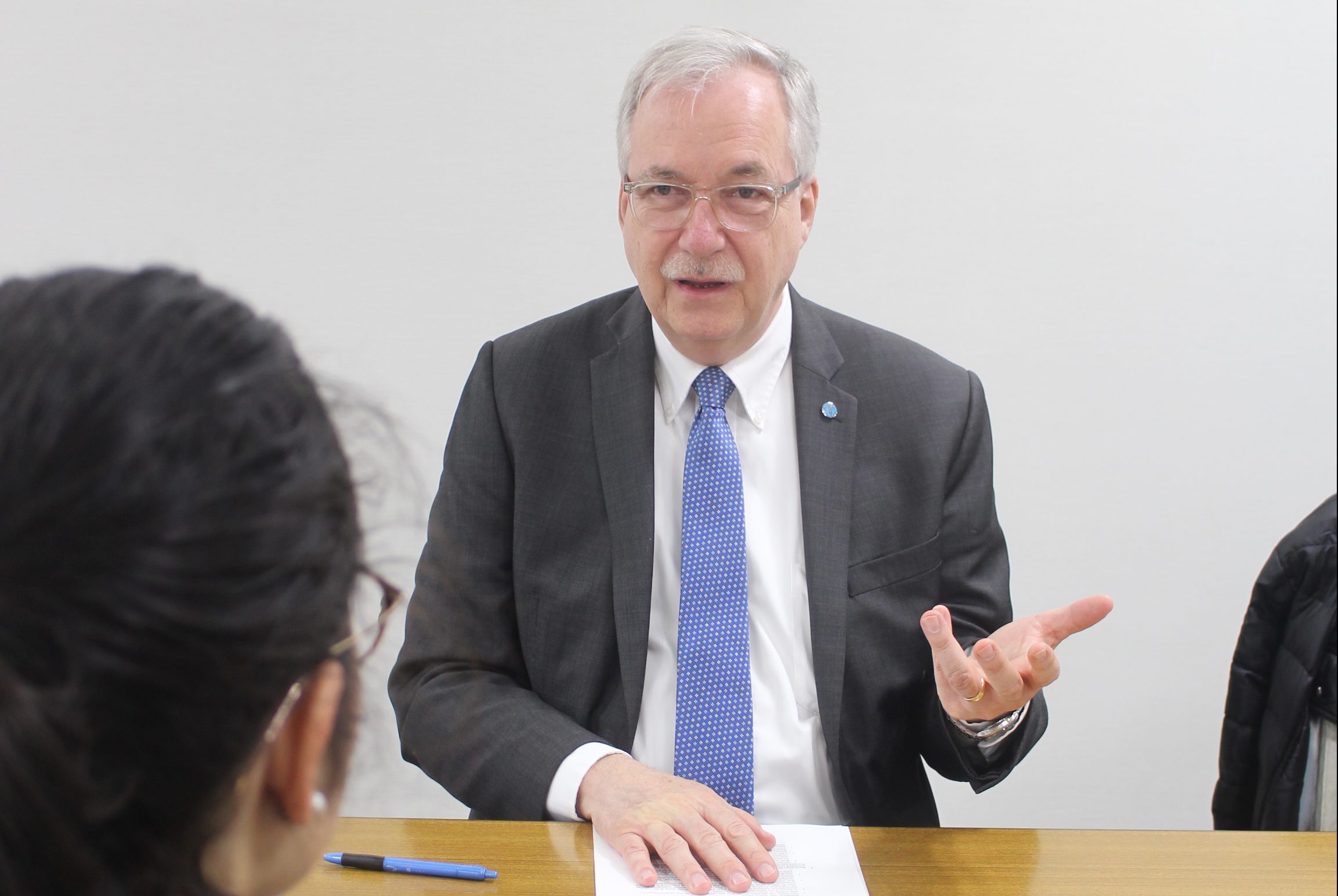 What is Japan doing in terms of helping build food security in at home and around the world?

Japan made global headlines following the death of Tetsu Nakamura, a doctor whose tireless efforts on humanitarian work in Afghanistan caught the world’s attention. It has also brought into close perspective other measures that Japan is taking to restore agricultural livelihoods of crisis-affected populations.

JAPAN Forward we sat down with Deputy Director General Daniel J. Gustafson of the United Nations Food and Agricultural Organization during his visit to Japan on January 22, to discuss recent developments in the work carried out by the FAO and Japan.

One topic of particular interest was the September 2019 report by the International Atomic Energy Agency (IAEA) and the FAO. The report reviewed the steps taken by the Japanese government to monitor the food safety of products coming out of Fukushima, following the nuclear disaster at Daiichi Nuclear Power Station in March 2011.

The IAEA/FAO report found that “based on the information that has been made available…the measures to monitor and respond to issues regarding radionuclide contamination of food are appropriate, and the food supply chain is controlled effectively through the relevant authorities.”

Japan has a 30-year history of collaborating with the FAO. Between 2012 and 2018 alone, Japan provided more than $106 million USD for FAO’s work in countries and regions affected by crises. Japan has also played an active role in FAO planning through the bilateral Japan-FAO Strategic Consultation, first held in January 2017.

We took the opportunity to learn more about FAO interest in and collaboration with Japan, including the UN organization’s interest in Japan Space Agency’s work, such as the use of Japanese space technology in other contexts. Excerpts of the interview are below.

We understand you had the Japan-FAO Strategic Consultation Meeting yesterday. What was this about, and what are your expectations for the future?

Yes, [it was] very good. It’s an annual event, once here and once in Rome, where we have a chance to go over on what we have accomplished and to update [each other] on the projects that the Japanese government is funding, in addition to what’s planned for the future, and where we might collaborate in new areas and some old areas.

It’s always a very interesting experience, always new topics come up in addition to the ones we have discussed. This time I think there were two or three areas that were especially important. One is the nutrition for growth event that will come up as part of the Olympics, which is especially important. This time I think it’s very high priority for everyone in all its aspects, both for issues of hunger and obesity. They’re very big topics. [Japanese members] were very keen to collaborate, and we have raised again the topic of nutrition as a global issue.

Another area very interesting is the support from the government of Japan and also the ideas behind it, around the humanitarian peace nexus that comes out of a long tradition of interest in human security, and innovative ways of dealing with livelihoods in crisis situations. Jordan for Syrian refugees, Turkey for Syrian refugees, Iraq, Syria, Yemen, and a number of other places.

Finally, a very interesting discussion around digitalization experiences in Japan, and use of remote-sensing data, and how we might incorporate it in ways that help other countries and which help the overall information platform of FAO. We will continue that discussion tomorrow.

Concretely, could you elaborate on the issue of digitization?

I think a lot, of course, on the area of digital agriculture. What the Ministry of Agriculture has put in place can combine different information sets on markets. How do you give that information to farmers? What’s happening with consumers, what’s happening with  climate? It’s all very interesting. But also what is happening to monitor changing situations around the world of forestry, for example, land use changes, and a number of other variables.

The IAEA and FAO jointly came up with a report assessing Japanese government procedures for testing food coming out of Fukushima, and the standard has been deemed appropriate. Could you elaborate on this?

There is a review. We have a joint division including IAEA and ourselves. That is to say, the same people that are in their division and also our division based in Vienna.

So we don’t do, and FAO doesn’t do, testing itself, but we have no reason to not have confidence in what the government of Japan is producing. It looks completely credible.

We issue a report following the analysis of what comes from Japan, and we find that we are satisfied that the report meets the standards that we would expect.

There are examples all over the world, Afghanistan being one, of the longstanding commitment and presence [of Japan]. In other parts of the world, including for example those I mentioned, in Yemen, Syria, [there is] a very strong awareness of the connection between maintaining the livelihoods of people who are there. So people who are not uprooted or internally displaced, don’t become refugees. Instead, keep them on the land and producing.

Also [there is an understanding of] the importance of [protecting] their agricultural livelihoods to allow them to come back after they have been displaced. I think there is a very high recognition of the connection between the people on the land and producing, and natural resource management as a way of maintaining social cohesion, as a sort of a building block of peace. Often, with conflict over water, and conflict over land production, the use of natural resources can be a source of conflict — and often is a source of conflict.

So how do you avoid that? How do you build in farmers’ associations, women’s associations, working across different communities or ethnic groups and so on, to maintain peace, sustain peace, build social cohesion around the livelihoods? This is something which is within the concept of human security, and Japan has actually been at the forefront of it for a long time.