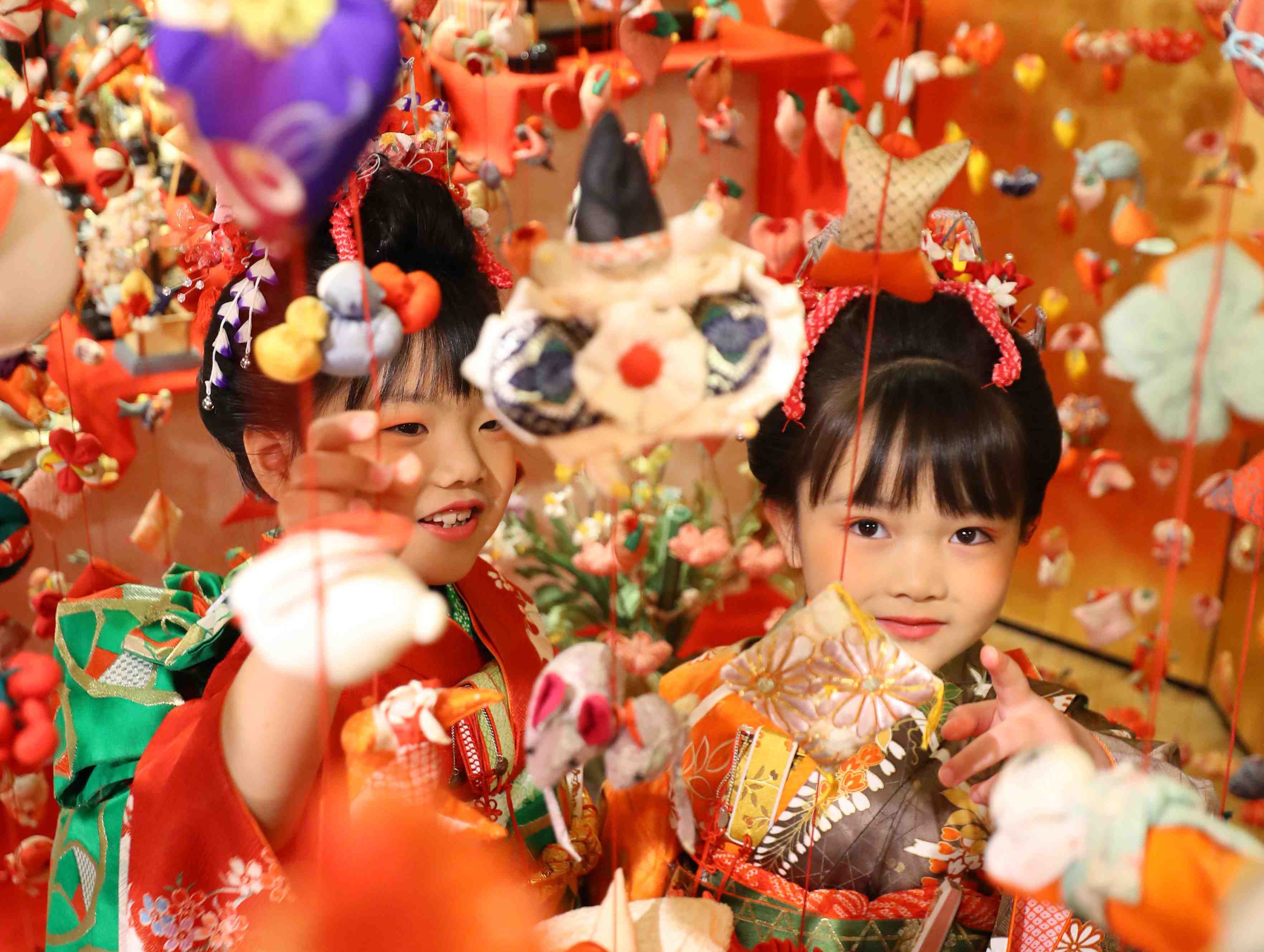 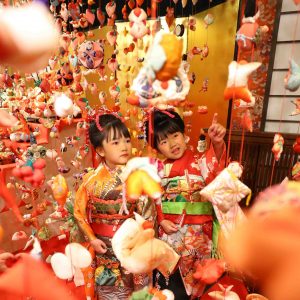 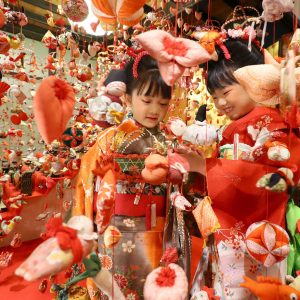 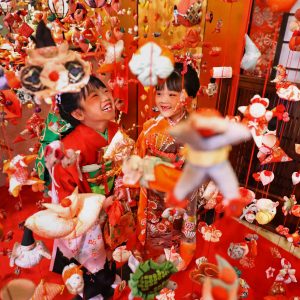 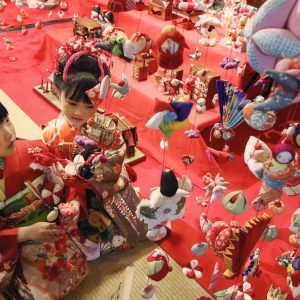 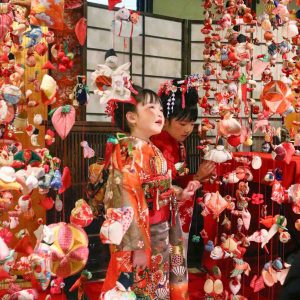 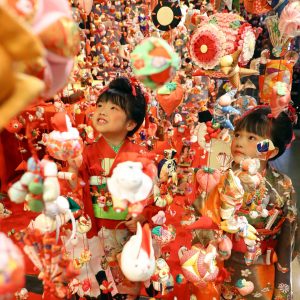 As January draws to a close, the preparations for the Hina Matsuri on the third of March are underway, even though it may be in slightly different shapes and forms than you would expect.

On January 19 at the Inatori Onsen in Shizuoka prefecture, the traditional “Hina Tsurushi Kazari” was opened to the public. Sankei Shimbun photographers snapped away as beautifully dressed little girls walked amidst the colorful decorations dedicated to the good health and growth of little girls.

But this city, has its own particular history regarding decorations for the Hina Matsuri.

You might have heard of the Hina Matsuri doll decorations. They are generally dolls in Heian-style costumes, positioned on an elaborate red-carpeted stand, displayed during the annual leadup to March 3.

Hina matsuri dolls were a subject in the film by Hosoda Mamoru, “Mirai” (Studio Chizu, 2018), where as part of the plot, the main character needed to store away the beautifully crafted dolls or else it would bring bad luck to his elder sister.

However, the Hina Matsuri dolls, although incredibly evocative and colorful, can also be quite expensive. So what happens when you can’t afford them?

This background provides the humble origins for the beautiful decorations of “Hina Tsurushi Kazari,” which began in the Edo period. It’s said that mothers and grandmothers, wishing for the good health of the little girls of the family, took scraps of kimonos and sewed them on to long strings, making the colorful hanging decorations which we see to this day.

As far as Hina Tsurushi Kazari goes, the kazari from Inatori Onsen are among just three varieties famous around Japan. The other two are from Yamagata, and another part of Shizuoka.

A sad anecdote is the fact that in the chaos of the aftermath of the second world war, the tradition of  Inatori Onsen’s Hina Tsurushi Kazari was actually discontinued. But a movement to revive the craft began in the 1990s, and with the collaboration of several local organizations, the tradition was reinstated in 1998.

So these days, we can enjoy the colorful decorations. At Inatori Onsen, the main event for the season is Bunka Koen Hina no Kan, where together with the traditional decorations, there are also dolls made in other shapes. For example, dolls in the shape of a rat in honor of the zodiac calendar year, and others in the shape of Kinmedai (Splendid Alfonsino), the variety of fish typically caught in the region.

The event is hosted by the Inatori Onsen Tourism Association until March 31, 2020. From February 10 to the end of March, the nearby shrines will be decorated with dozens of dolls for the festival.

An added plus is that if you wait until early February, you can just hop on a train and go to Kawazu, a famous spot for early cherry blossom viewing. What’s not to love?