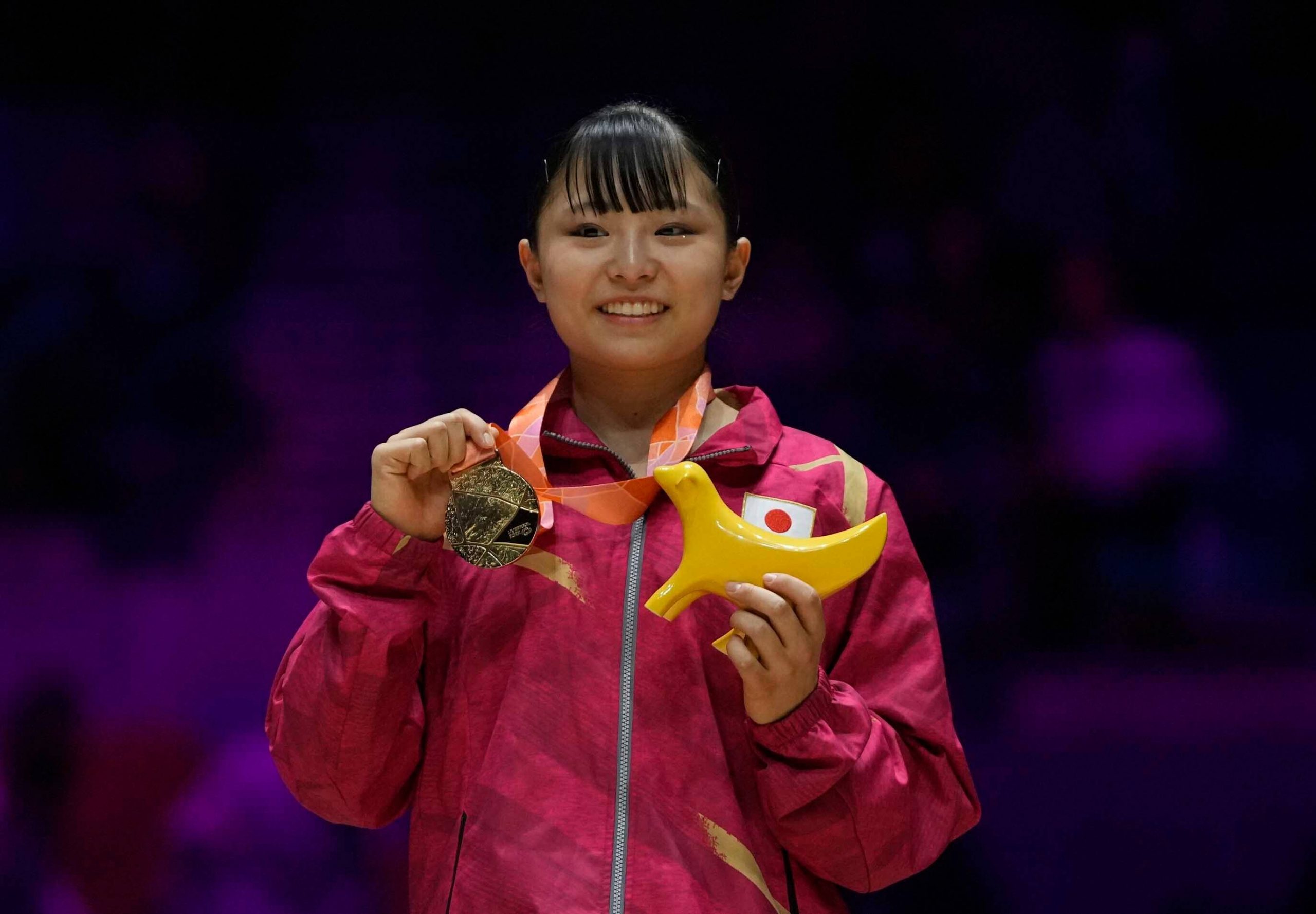 Gold medalist Hazuki Watanabe celebrates on the podium during the medal ceremony for the women's balance beam at the 2022 World Artistic Gymnastics Championships at M&S Bank Arena in Liverpool, England, on November 6. (Thanassis Stavrakis/AP)

Hazuki Watanabe capitalized on her golden opportunity at the 2022 World Artistic Gymnastics Championships.

Originally selected as an alternate for the Japan national team for the global meet in Liverpool, England, Watanabe was then named a replacement for injured teammate Arisa Kasahara, who captured the women's all-around national title in April, then sustained a left knee injury in October.

Watanabe shined in the spotlight at M&S Bank Arena, winning the women's balance beam final (13.660 points) on Sunday, November 6, the final day of the nine-day meet. The Mie Prefecture native became the second Japanese woman to win the event in as many years. Urara Ashikawa claimed the title in October 2021 in Kitakyushu, Fukuoka Prefecture.