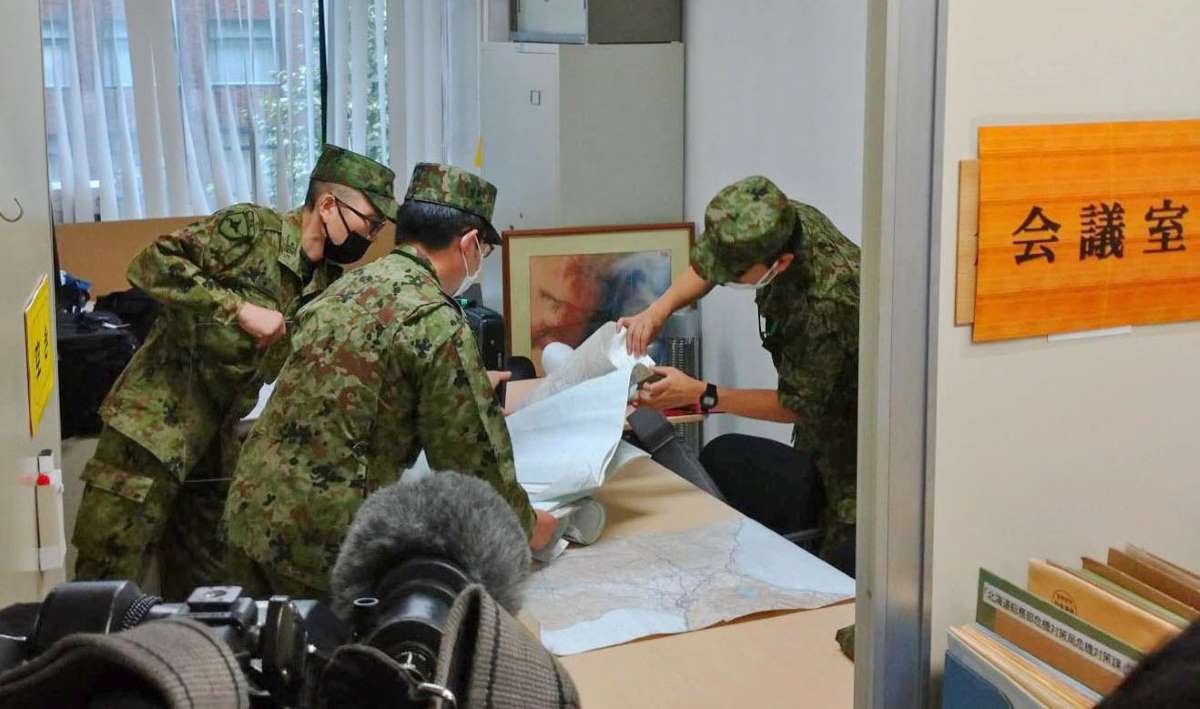 When considering Japan's defense policy, and particularly the speed at which it changes, it's good to keep your wits about you. Especially when it comes to rules circumscribing the Self-Defense Force.

The following apocryphal exchange between a skeptical United States observer and a Japanese government official following some newly announced defense initiatives is instructive:

US observer: "I suppose you're going to get it done 'mañana'?"

At the end of October, Asia Nikkei reported that by 2024 Japan will establish a joint command for the Japan Self-Defense Force (JSDF).

This is a good thing. It potentially improves JSDF capabilities and it does represent progress of a sort.

You may wonder, what is "joint?"

"Joint" or "jointness" refers to the three JSDF services (Air, Sea, and Ground Self-Defense Forces) operating as a unified whole and under the command of a single "joint" commander. They currently lack such capability, except at the most rudimentary level ー despite the existence of a Joint Staff Office (JSO).

Think of your arms and legs operating under orders from the brain ー and each appendage doing what the brain directs.

That's the JSDF with "jointness."

Now imagine the brain is absent and each appendage is doing whatever it imagines the body ought to be doing. That's the JSDF "without jointness." And it is no way to conduct military operations.

Absent a joint capability the Japan Self-Defense Force isn't even the sum of its parts. No matter how impressive each service looks individually or on paper.

However, with jointness the JSDF becomes far more capable of defending Japan and conducting operations with its ally ー the United States ー and other partners in the Indo-Pacific.

Japan's adversaries, China, Russia, and North Korea will also take notice of a JSDF that can fight better, by itself or alongside friends.

But they also may not wait around for the JSDF to get its act together. And Xi Jinping in particular seems like a man in a hurry.

Thus, the announced 2024 start date for the JSDF joint capability suggests no real urgency on the part of Japan's civilian leadership.

Also it's unclear how the transformation will actually occur.

Changing a military's ethos and customary ways of operating is often difficult. It could easily take another 3-5 years for real improvements to manifest themselves.

One hopes things might come about quicker ー and maybe forward-thinking JSDF officers have quietly readied a plan to implement it, now that they've received the "go order."

The requirement for a JSDF with joint capability has been obvious for years. And many Japanese military officers and civilian officials have recognized the shortcoming.

This was in fact a principal reason behind the development of Japan's amphibious capability starting around 2011. The idea being that amphibious operations require sea, ground, and air cooperation ー and JSDF services would be forced to cooperate.

This effort has had some success, manifested in the formation of the Amphibious Rapid Deployment Brigade that operates well with the Japanese navy and with US forces. It shows what's doable. But the concept has not taken root in the broader JSDF.

Getting Over the Legacy of WWII

There are reasons it has taken so long for Japan to develop this commonsensical capability for its military. The big one is the World War II experience when the Japanese military dragged Japan into a catastrophe that killed millions of citizens (military and civilians) and nearly destroyed the nation.

Fair enough. And one suspects most nations would be similarly leery of their military for many years afterwards.

But that was a long time ago. And it has been twenty years since Japan needed to move and make the JSDF an effective force ー while getting over its pathologic and too comfortable dependence on the United States military to defend Japan.

This requires the efficient direction, and command and control and synergies that come from joint capabilities.

The Americans Need These Changes, Too

Importantly, jointness is not just a matter for the JSDF. The Americans need a more capable and potent Japanese military to augment overstretched US forces.

The United States and Japanese militaries ー notably the US Navy and Marines and the Japanese army and navy ー are trying to move things forward by conducting more complex and more realistic training together. But this only goes so far. Moreover, it's not the same as a JSDF that is "joint" from the ground up.

The US side can help the JSDF acquire a joint capability, but it needs to be a priority for US INDOPACOM and the Pentagon. To date it never has been.

Unfortunately, optimism does not come easy if you've been around Japan for a while.

An American observer of Japan's defense policies for the last four decades noted:

"Now let's see if the joint command really comes to fruition ー I envision lots of opposition and obstruction from Asahi Shimbun (newspaper), the pacifists, and People's Republic of China trolls. Efforts to water down the terms, use vague and almost meaningless language. Threats from Beijing which will energize the afore-named entities."

So while it's always good to hear talk of a JSDF that can operate together – jointly – one wonders if Japan would move faster with its plan than Xi Jinping moves with his.

These days he does not appear familiar with the word mañana.