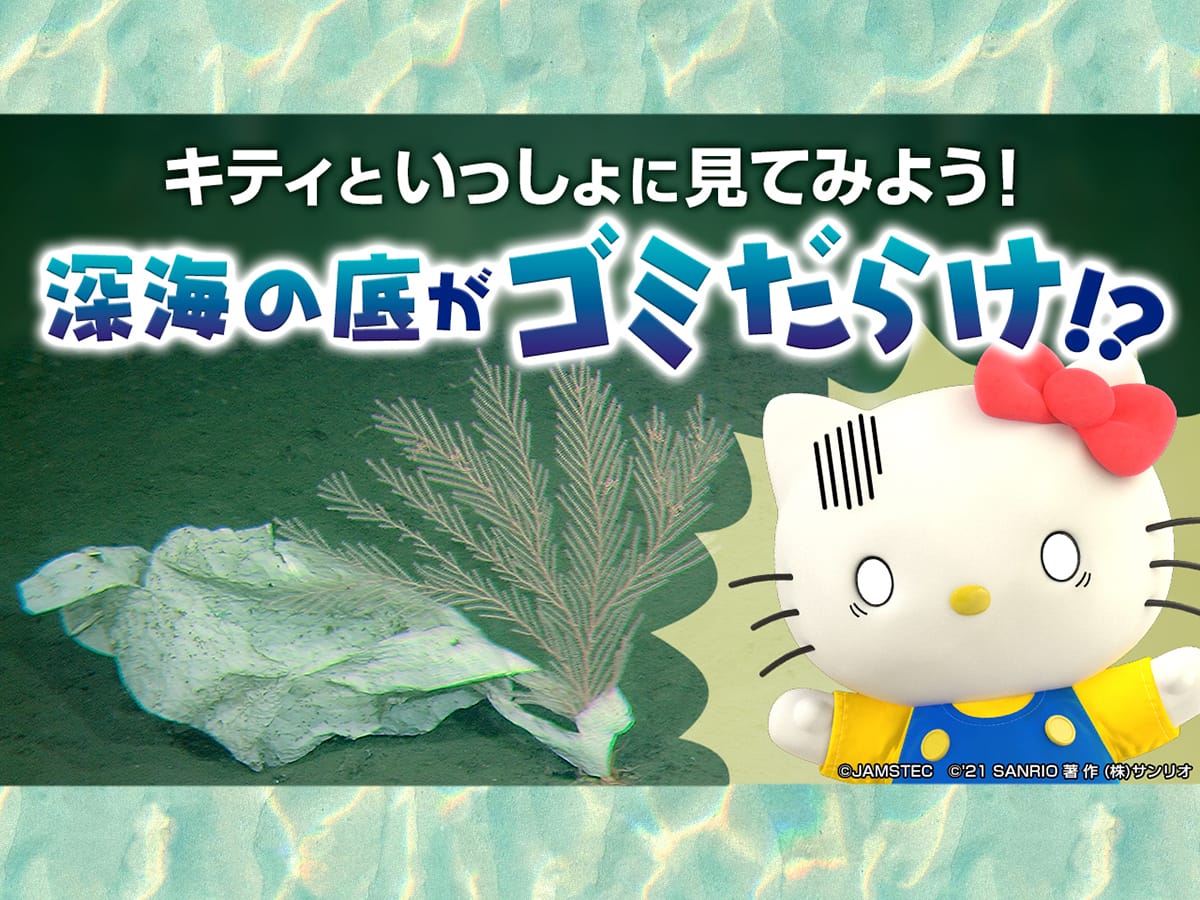 Taking on the role of reporter, the beloved Sanrio character interviewed JAMSTEC’s Ryōta Nakajima 中嶋亮太 on the problem of plastic marine waste.

The video aims to promote awareness of this serious issue facing the world’s oceans as part of Sanrio’s efforts towards Sustainable Development Goal 14: Life Below Water.

Plastic trash in the ocean’s depths

In this video, Hello Kitty, who has been supporting the SDGs since 2018, interviewed Mr. Nakajima, whose research is focused on the harmful effects of plastic trash collecting in the depths of the ocean.

The rest of the article can be viewed on our partner’s website, grape Japan at “Hello Kitty interviews Japanese marine-earth science R&D agency on plastic waste problem.”