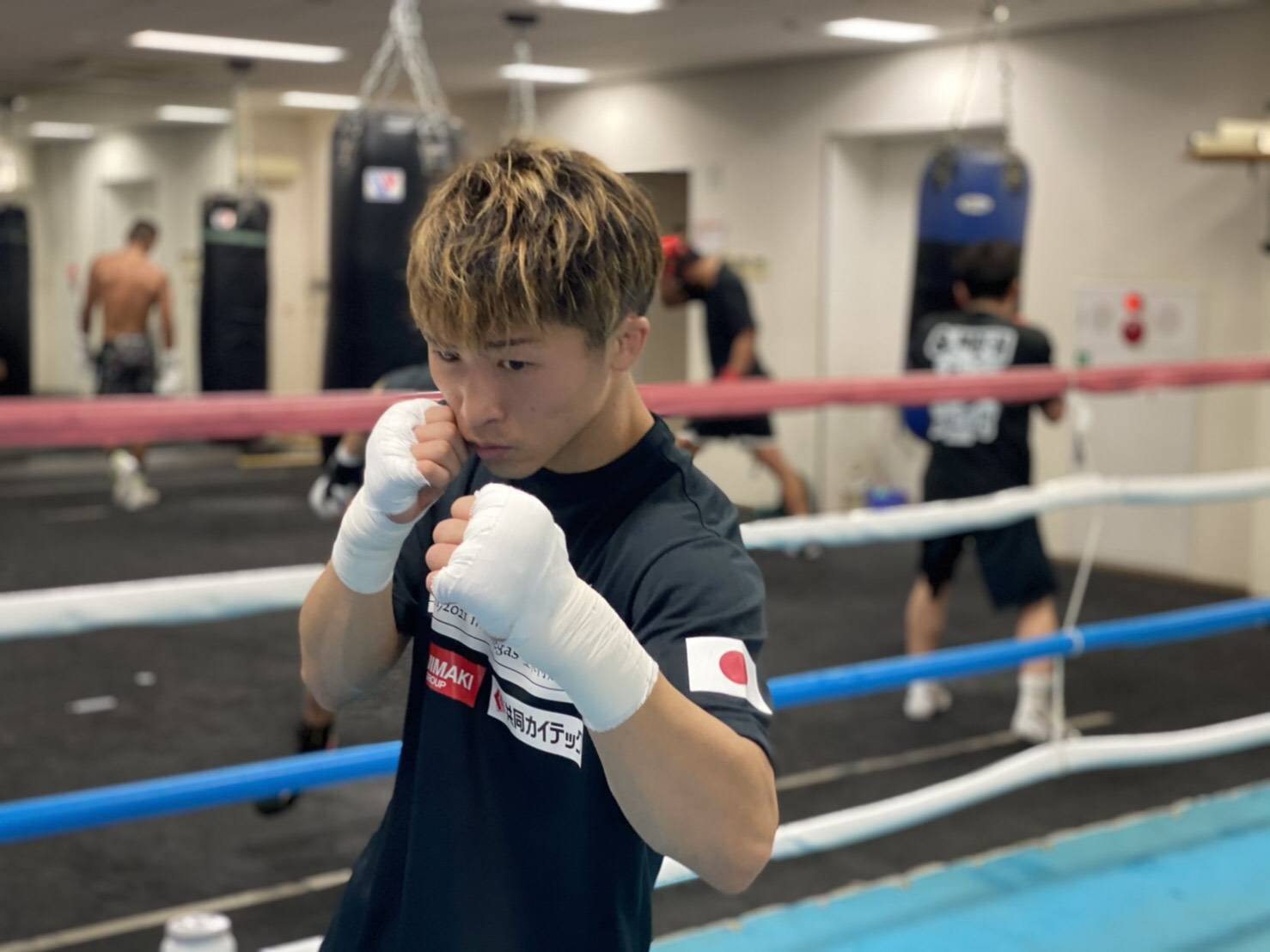 Naoya Inoue trains earlier this month for his world-title fight in Las Vegas.

Naoya “Monster” Inoue, the Japanese boxing sensation who currently holds the WBA and IBF bantamweight titles, left Japan on June 9 en route to Las Vegas for a bout with Michael Dasmariñas of the Philippines, who is the No.-1 ranked IBF challenger.

The title match between the unbeaten Inoue (20-0, 17 knockouts) and Dasmariñas (30-2-1, 20 KOs) will be held before a live audience in Las Vegas on Saturday, June 19 (June 20 JST). Inoue’s last fight also took place in the Nevada city where he pummeled Australian boxer Jason Moloney in November 2020. However, due to the COVID-19 pandemic no fans were in attendance for that fight.

Inoue has been dubbed the “Monster” because of his relentless attack and punishing punches.

During an online press conference on May 14, Hideyuki Ohashi, owner of the Ohashi Gym where Inoue trains, said, “He ([Inoue] is even stronger than he was for his last title fight, and I get the impression that his skill level has also improved.”

Inoue’s father, Shingo, who serves as his trainer, heartily agrees. The elder Inoue noted, “He’s been training steadily and well at a high level and is highly motivated.”

“Monster” Inoue himself stressed how much progress he had achieved, describing the state of his boxing today as “being able to respond appropriately to an opponent’s moves and better able to accurately deliver punches.”

He added: “Already having the experience of fighting once in Las Vegas under my belt, I feel relaxed. I’m confident I’ll be able to put on a good show for the fans.”

Inoue gives the impression that he is right on track in terms of honing his skills and making necessary adjustments.

He evaluated his 28-year-old opponent this way: “Granted, he’s got a knockout punch. But he leaves more openings than Moloney, so I think there’ll be enough opportunities for me to floor him.”

However, that does not mean that Inoue will let his guard down.

“He has a tendency to move his head around as he moves in to deliver a punch, so I have to be careful not to let him head-butt me,” he said of Dasmariñas.

Before boarding his flight at Tokyo’s Haneda Airport, Inoue declared that the fight would not go the distance.

“I’m totally confident, 100 percent,” he said. “Although I would be lying if I said I am totally unconcerned.”

Nevertheless, Inoue was quick to add that the fight is “preparation for a title unification bout to follow.”

What Inoue obviously has in mind is a rematch with the wily Filipino veteran Nonito Donaire (41-6-0), who captured the WBC bantamweight title via a fourth-round KO of Nordine Oubaali on May 29.

In November 2019, the two men met in a hard-fought bout that Inoue won on points. Many boxing enthusiasts rated it the best fight that year.

Without a doubt, Monster would love to put on another dazzling performance in Las Vegas with an eye towards eventually wearing three title belts.

Fuji TV will air a taped-delayed broadcast of the Inoue-Dasmariñas fight starting at 8 p.m. on Sunday, June 20, in Japan.

Shin Sato is a staff consultant of The Sankei Shimbun Sales Department and a writer for JAPAN Forward.