‘Ryuseito’: The Story of A Meteor Sword Christened by ‘The Last Samurai’ Takeaki Enomoto 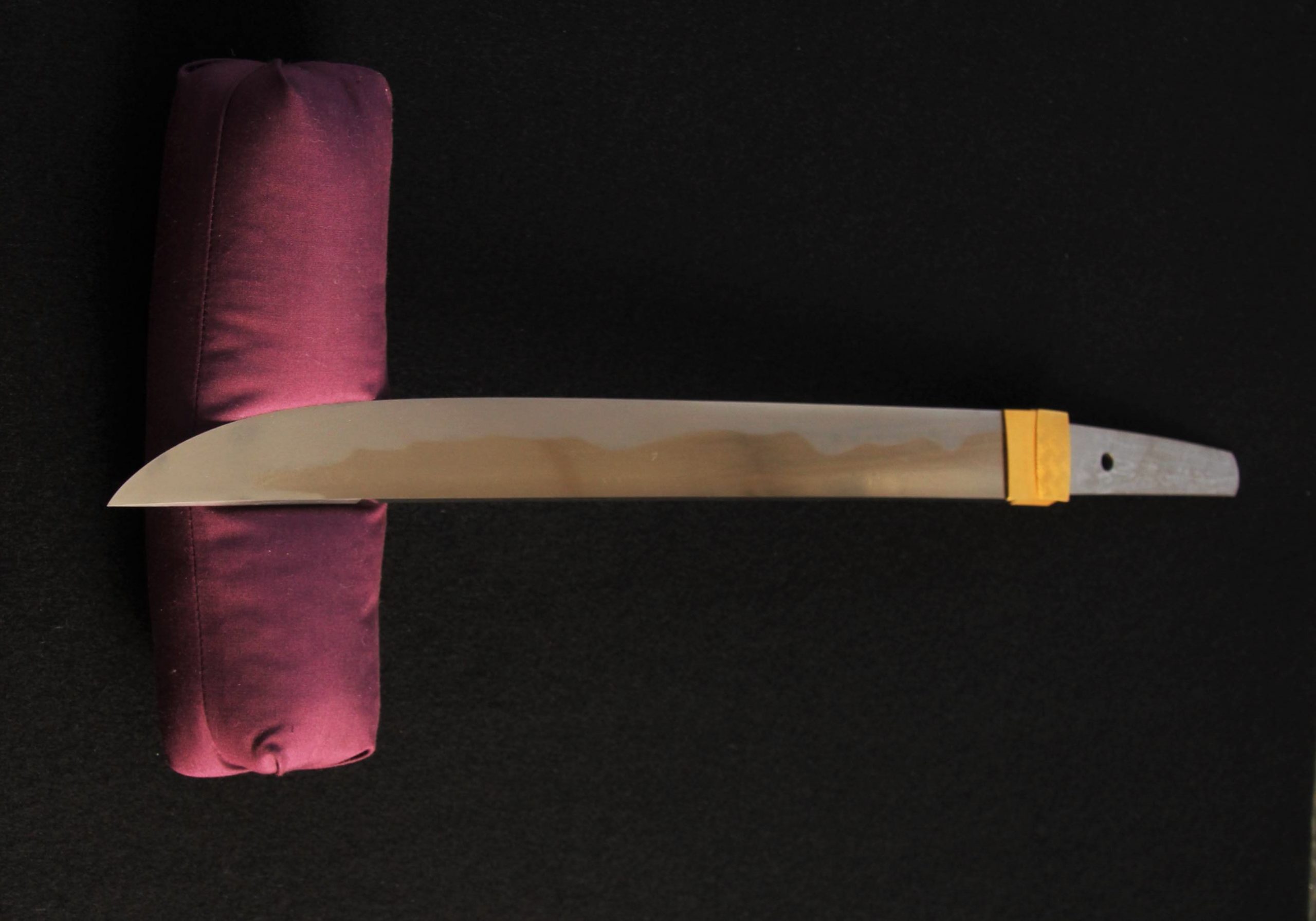 Have you heard of “meteor swords”? They really do exist.

Sometimes called a “sword from heaven,” Ryuseito is “a Japanese sword made out of meteoric material.” For most people, the name brings to mind a fairytale fantasy sword or a special weapon that appears in an anime series depicting a samurai during the Sengoku Period (1460 to 1615).

In real life, however, Takeaki Enomoto, (1836-1908), who was vassal to the shogun and then key statesman during the Meiji Era (1868-1912), is known to have owned a sword made from meteors that had fallen from outer space. It is said that he is the man who christened this type of sword for the first time.

They exist outside of Japan, too. Swords made with similar material have been reported in various places around the world since ancient times.

This fascinating history led me to delve deeply into the “World of Ryuseito.”

As Brilliant as Silver

“Do you know about Ryuseito?” asked Kuniichi Takami, 48, as he slowly took out a dagger, otherwise known as tanto (短刀, literally short sword).

Takami has a sword forging lab in the Sayo district, Hyogo Prefecture. He entered the world of sword-making in 1992, and set up on his own in 1999. He has won several awards at modern day sword exhibitions organized by The Society for Preservation of Japanese Art Swords, which allocates the most prestigious awards in the sector.

In 2019 Takami also earned the title Mukansa (無鑑査) in recognition of his outstanding swordmaking skill.

The tanto shown by the swordsmith was a short blade, about 30 centimeters long. It wasn’t yet sharpened, and displayed a dull glow.

“Japanese swords are normally made of Tamahagane, but this one includes about 30 percent of iron meteorite.” Tamahagane indicates a high-quality and pure steel obtained from hand-pounding the material.

Meteorites are often made of mostly iron. A sword made 100 percent of this meteoritic iron, or with meteoritic iron mixed with Tamahagane is called Ryuseito.

One time an enthusiast asked Takami, “Why don’t you try to make a sword with meteoric steel?” After listening to the suggestion in 2017, he gathered the raw materials and tempered two swords. When he finished, he delivered one to the client. He kept the other.

He felt that “mixing too much meteorite reduces the viscosity of the tamahagane and therefore it cannot be tempered well.” So he tried reducing the mixture ratio to 30% meteoric material.

During the forging process, when heating the material at high temperatures, he noted that the flame turned more yellow than usual.

“When I sharpened the blade, it shone like silver, and the texture pattern that appeared on the blade was unique and different from those of tamahagane,” Takami recalled.

Concerned about the workmanship of the finished product, however, he visited Shoji Tanaka, 63, a Japanese sword enthusiast and mineral collector of Ono City in the same prefecture who had commissioned the sword. Tanaka took the Campo del Cielo meteorite ー a large meteorite in his collection that was found in Argentina in the 1500s ー and cut out a part, giving it to Takami to make a sword.

“I wanted to support the swordsmith, and I wanted Takami to experience swordmaking in a different way and to broaden his range,” Tanaka said. He was happy with the finished work, adding: “It’s an interesting blade pattern.”

“Takeaki Enomoto is the godfather of meteoric swords,” said a 30-year-old who goes by the name of tessen. He heads a Ryuseito study group composed of fans of the meteor sword genre.

According to the book, Introduction to Meteoritic Swords edited and published by the study group, Enomoto obtained the “Shirahagi No. 1 Iron Meteorite”, which had been found in 1883 in Toyama Prefecture, and used it to make five swords, calling them “Ryuseito.”

Why did Enomoto want such a sword?

“While Enomoto was Japanese ambassador in St. Petersburg, Russia, it’s said that Czar Alexander showed him sabers made of meteorite. The former samurai was knowledgeable about swords, but this encounter with a meteoric sword must have come as a shock,” explained tessen. “In his eyes, it probably symbolized the strength of a major world power. He wanted to prove that Japan was also a country with a highly advanced civilization.”

Enomoto asked a swordsmith named Okayoshi Kunimune to make two long swords and three daggers. Okayoshi wrote in his records that he had forged 4 of these swords in the ratio of “meteorite 7 parts, tamahagane 3 parts,” and for the remaining dagger he used, “meteorite 1 part, tamahagane, 2 parts”.

Where did these 5 swords go? One long sword was presented to the Imperial Family for the coming-of-age of the then- Crown Prince Yoshihito (later, Emperor Taisho), and the other was donated by the family to Tokyo University of Agriculture, founded by Enomoto himself.

In addition, one dagger is at the Toyama Science Museum, which is the home of the Shirahagi Meteorite. The other was delivered to Ryugyu Jinya Shrine in Hokkaido, as Enomoto was involved in the building of the shrine. The whereabouts of  the last sword is not known, although it is thought to be buried in the tomb of Enomoto’s descendents who had repatriated from China after the war.

Wish Upon a Star

Examples of swords made from meteorites have been discovered around the world, including a dagger found in 4,300-year-old ruins in Turkey and among the funeral items belonging to King Tutankhamun in Egypt. In the age when the refining technology of iron had not been developed, having a concentration of iron in a meteorite was probably considered a precious raw material for making a valuable sword.

In Introduction to Meteoritic Swords there is mention of eight modern Ryuseito makers, including some who have already passed away.

Takami is among those on the list. He commented: “I decided [the formula] based on the [mineral] content of the meteorite. But I was surprised that it was almost the same as the meteoric sword that Enomoto had made. It was a valuable experience and I want to make it again.”

Each swordsmith has his own motivations and processes for sword-making, but “what they have in common is the challenging spirit of the swordsmith,” said tessen. “I hope that as many swordsmiths as possible will continue creating fascinating Ryuiseito, using materials full of romance from the universe which manage to conjure up our hopes and dreams.”

Find other stories about Japanese swords and sword making at this link.