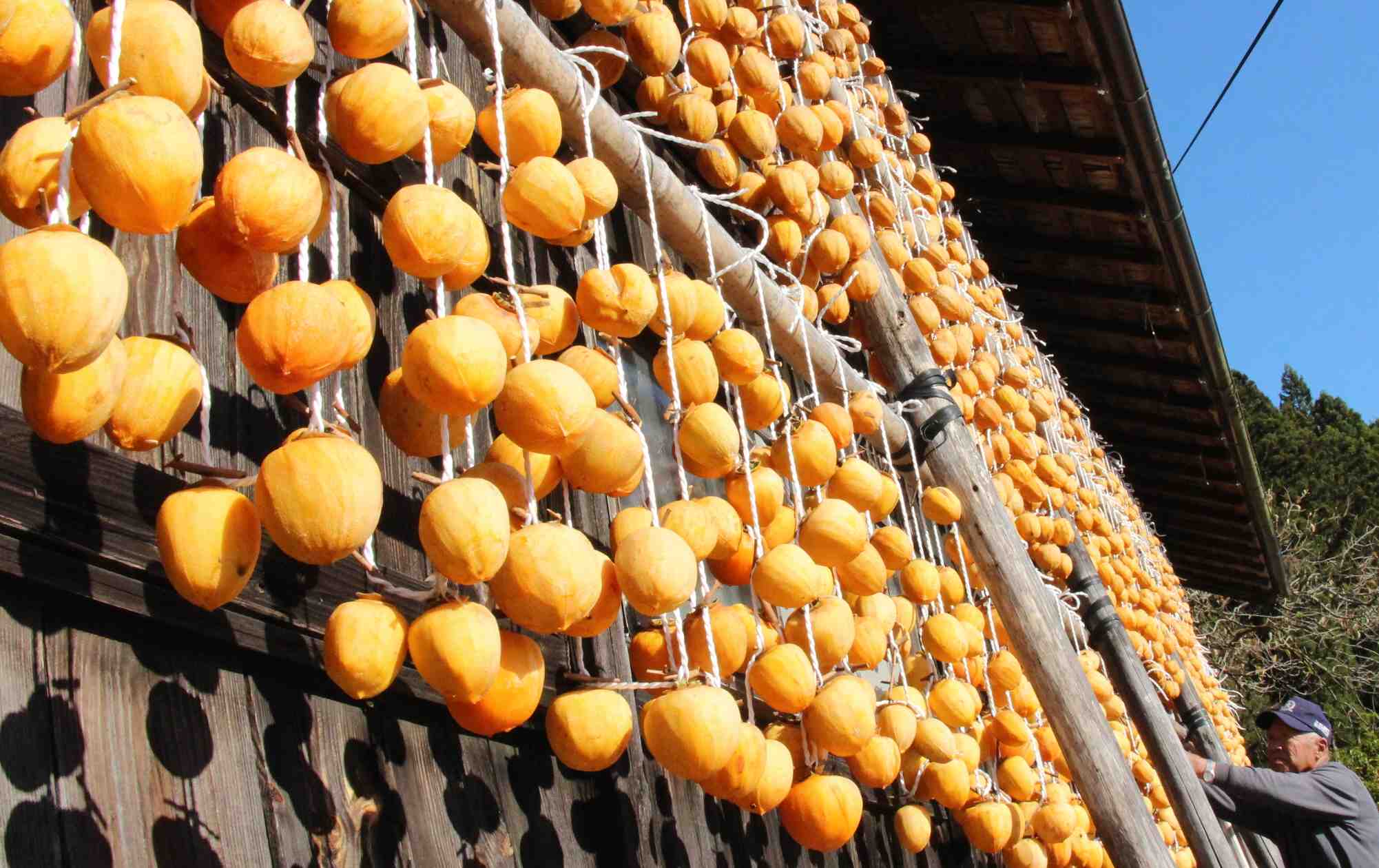 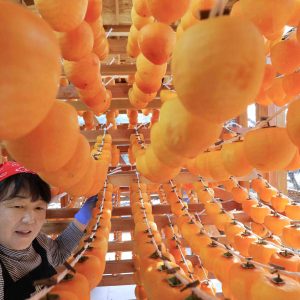 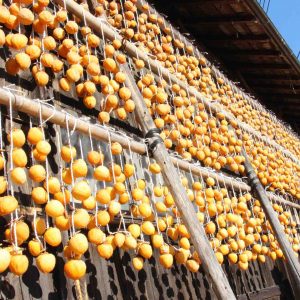 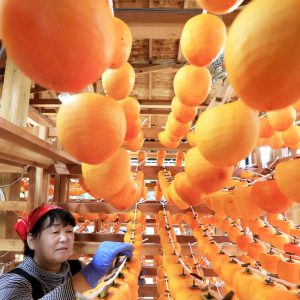 Dried fruit. What could possibly be so special about it?

It helps to know that before the Portuguese introduced sugar to the Japanese in the 1600s, the sweetest food that most Japanese knew was dried persimmons, or hoshigaki.

Legend has it that the Portuguese introduced sugar to the Japanese by way of a friendly bribe: you talk to me and give me information, I give you a candy in return. Can you imagine the shock in having a sugar rush for the first time?

Going back to the dried fruit, before the Japanese came into contact with sugar, dried fruit was a way to reflect the very basic human instinct of trying to enjoy something seasonal for a bit longer. So they dried fruits which could normally be enjoyed only at specific times of the year.

Given Japan’s long history of drying fruit, and persimmons in particular, there are some places which have their own family history of growing and drying techniques. A heart-warming history, wouldn’t you say?

However, some of these businesses have been struggling recently because of the severe weather in Japan.

This is the case with farmers in the region of Koya, around Marumori in the Igu District of Miyagi Prefecture in northeast Japan.

This region was hard hit last October by Typhoon Hagibis, considered to be the strongest storm in 51 years to hit the Japanese archipelago. The storm brought with it heavy rain, landslides, and floods, and the region has since struggled to get back to its feet.

But getting back onto its feet it has, and this can be seen best in none other than the growing and drying of persimmons.

A shop called Inakadori no Eki Yashimaya (Yashimaya Countryside Road Station), which makes hoshigaki in the style called korogaki, has started this year’s process to make the dried fruits.

Had you poked your head into the shop on November 20, you would have seen lots of the colorful orange persimmons hanging from long wooden poles, almost like curtains, drying in the sun.

Don’t fret if you are surprised that these fruits are exposed to cold wind and frigid temperatures. That seems to be the secret to having the fruits retain their sweetness when they dry. The hoshigaki will be set to ship in early 2020.

To give some context of what business as usual has meant for this small store, the shop was flooded during the typhoon, with the water nearly 1.6 meters above the floor level. Most of the vegetables and confectionaries on the first floor were destroyed, but the drying area for the persimmons on the second floor was spared.

Thanks to the help of 130 volunteers, who assisted with the cleaning and shovelling of mud, the shop has managed to get back on its feet and was back open for business on November 30.

The owner, Tetsuro Yashima, 57, told Sankei Shimbun reporters with resolve, “There are people who are waiting for the korogaki. This is no time to give up working.”

If you are interested in knowing more, make sure you check their Facebook page for more info.