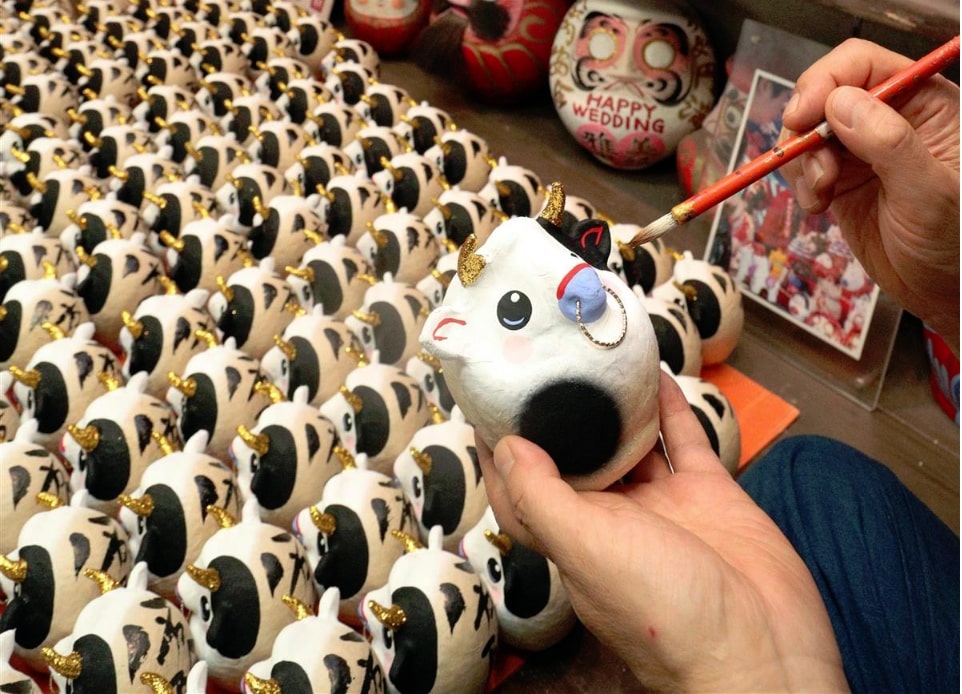 There is a shop in Hiratsuka City, Kanagawa, that is bustling with activity these days.

Arai Darumaya is the kind of shop that you would not stumble upon unless you were looking for it. A solid bus ride from the station of Hiratsuka, it sits in an otherwise residential area of the city. The building itself is clearly a shop attached to a house, except for one obvious give-away: a prominent daruma the size of a large animal, perched just outside the front door.

If you have ever visited Japan, you might be familiar with the daruma. Resembling what one might think of as a grumpy bearded old man curled up in a ball, the round-shaped souvenir made out of papier-mache is a common amulet for people in Japan.

The size can range from anything like a golf ball, to that of a large animal, but the basic idea stays the same. It’s tradition that you fill in the eye on the right, and you make a wish. If your wish comes true, then you fill in the other eye as well, thanking the daruma for helping you fulfill your wish.

Arai Darumaya is somewhat of a rarity in that the shop specializes exclusively in daruma. The establishment has made a name for itself by specializing in Eto Daruma, which reflect the Japanese zodiac calendar. 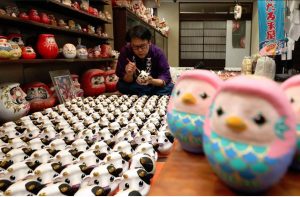 Next year is the year of the Ox, and to meet the new-year demand, the establishment is reaching peak production season. Using white and black colors with the typical Holstein cattle in mind, tens of daruma stretched in front of us when The Sankei Shimbun and JAPAN Forward visited the shop. The shop owner is aiming to make 2,000 eto daruma this season.

This year there is also a little twist. In a sign of the times, the shop is also making an Amabie daruma. In a lovely shade of pink, the part bird, part mermaid, part three legged creature is historically derived from Japanese yokai (supernatural monsters) tradition and is said to help bring an end to epidemics.

It seems a very fitting sentiment during COVID-19 pandemic.

The owner of the shop, warm and friendly Seikan Arai (65), is a fourth generation daruma maker. He explained the importance of the traditional amulet to us, especially during this period:

On select days, the shop owner makes an appearance at the Asakusa Tori no Ichi traditional market fair at this time of year. You can also check the online shop here.