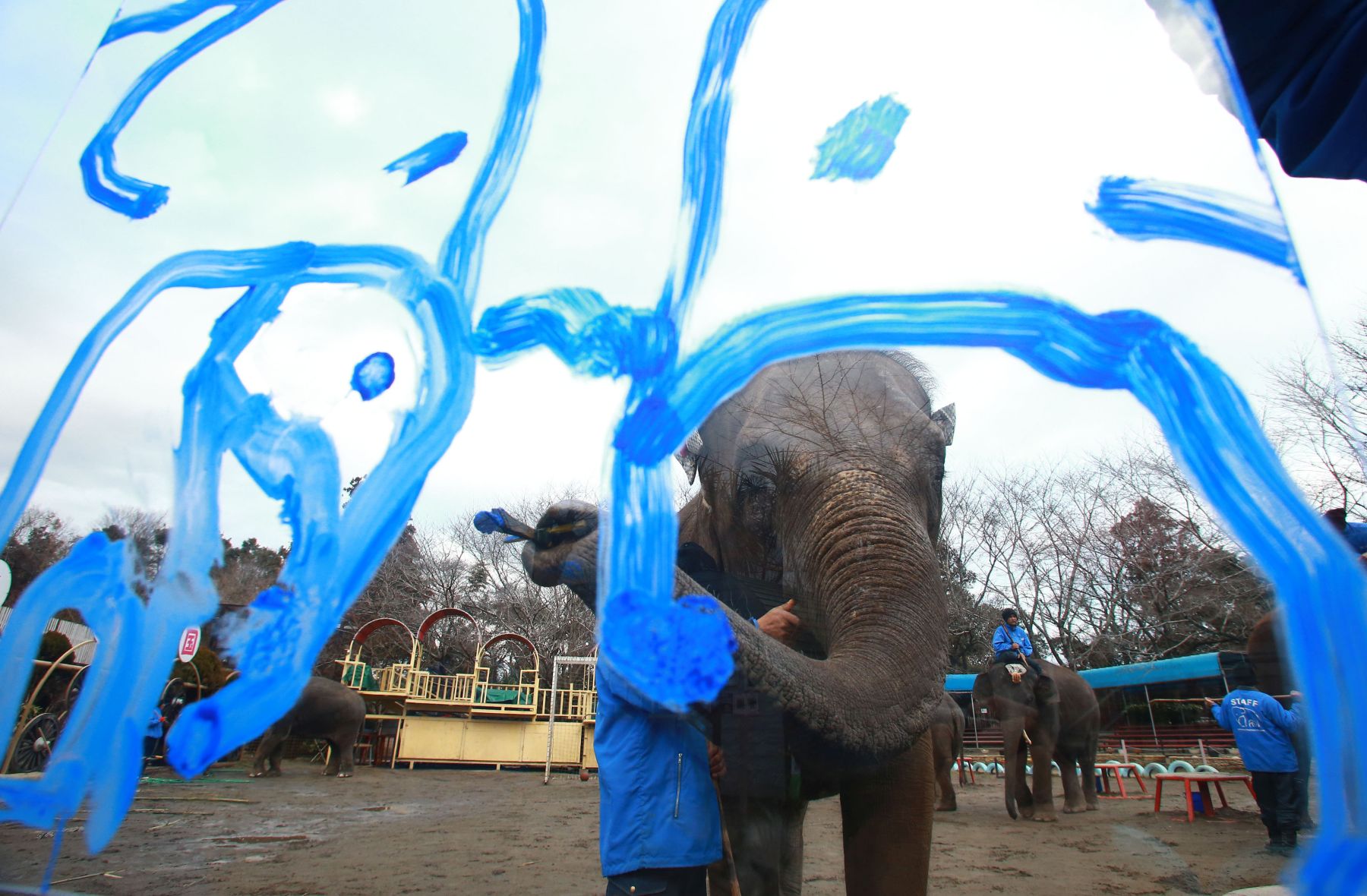 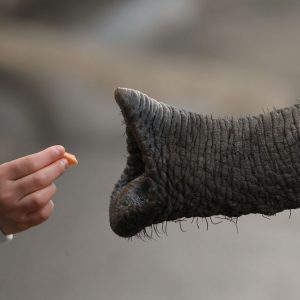 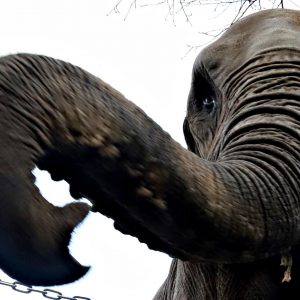 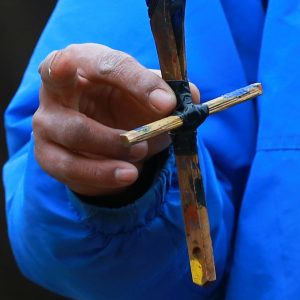 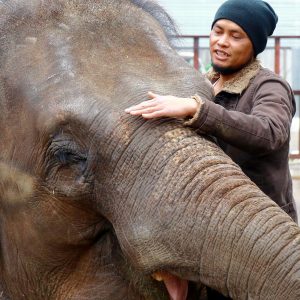 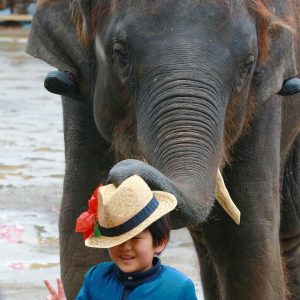 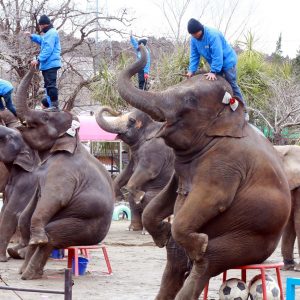 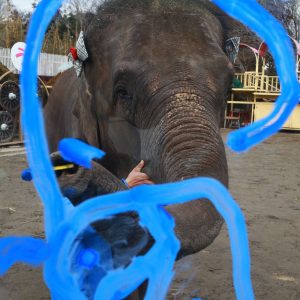 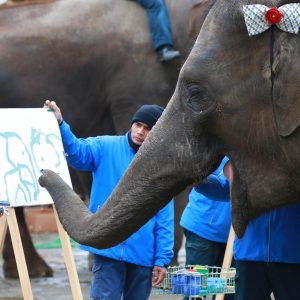 In Ichihara Elephant Country Park (Ichihara City, Chiba Prefecture), Yumeka — the 11-year-old female Asian Elephant — stands in front of a white canvas. Onlookers watch attentively as she starts to move the brush held in her trunk. Gripping the brush firmly, she paints, trumpeting in response to applauds from the audience.

Yumeka is a working animal, having used this special skill to raise funds for her own matchmaking.

There are a total of 13 elephants living in this park, the largest number in Japan.

Yumeka first started painting at the age of two, thanks to an idea proposed by Country Park manager Sayuri Sakamoto. It is the first time an elephant has produced genuine artwork in Japan, but Sayuri has confidence in Yumeka’s ability.

“[Training her] was easier than we thought. Now there isn’t a single elephant in the world who could beat her,” the park manager says.

A Thai elephant trainer taught Yumeka how to draw lines and other art techniques by holding a cross-shaped pencil in her trunk. It is thought that, as she practiced, she began to remember the shapes and composition of a painting.

Now she knows how to draw over 80 different types of images, including cherry blossoms and sunflowers. She can even write letters. “[Yumeka’s paintings] show us the warmth and potential of an exceptional living creature,” says Sayuri. In 2011, she wrote the morale-boosting message “Fight, Japan” in support of the victims of the Tohoku Earthquake and Tsunami.

Asian elephants are extremely difficult to breed, rear, and keep. Elephant trading is restricted overseas. Therefore, domestic breeding is the only way to keep them in Japan.

Elephants were first reared in Japanese zoos in 1888, over 130 years ago. To date, there have only been 13 successful cases of elephant breeding in Japan, 6 of them in Ichihara Country Park.

Ichihara Country Park’s goal was to breed a Japanese-born elephant, and in 2016 they launched their first “Make Yumeka a Mum!” campaign. One of Yumeka’s paintings was turned into a LINE sticker, and over 10,000 were sold. Approximately ￥29 million JPY was raised from all the shows, paintings, donations, and sale profits combined.

Using these funds, matchmaking for Yumeka was attempted at Okinawa’s Children Park in 2017. Although it wasn’t a success, a successful cohabitation with a male elephant was confirmed — a first for Yumeka. The search is now continuing on Honshu, Japan’s main island.

But, for now, Yumeka has an afternoon performance. As she enters the stage with ribbons tied around her ears, the crowd cheers. Using blue watercolors, she goes on to draw an elephant family of two adult elephants and a baby elephant.

“It’s Yumeka’s family. She must want to meet her baby soon!” exclaim the watching children.