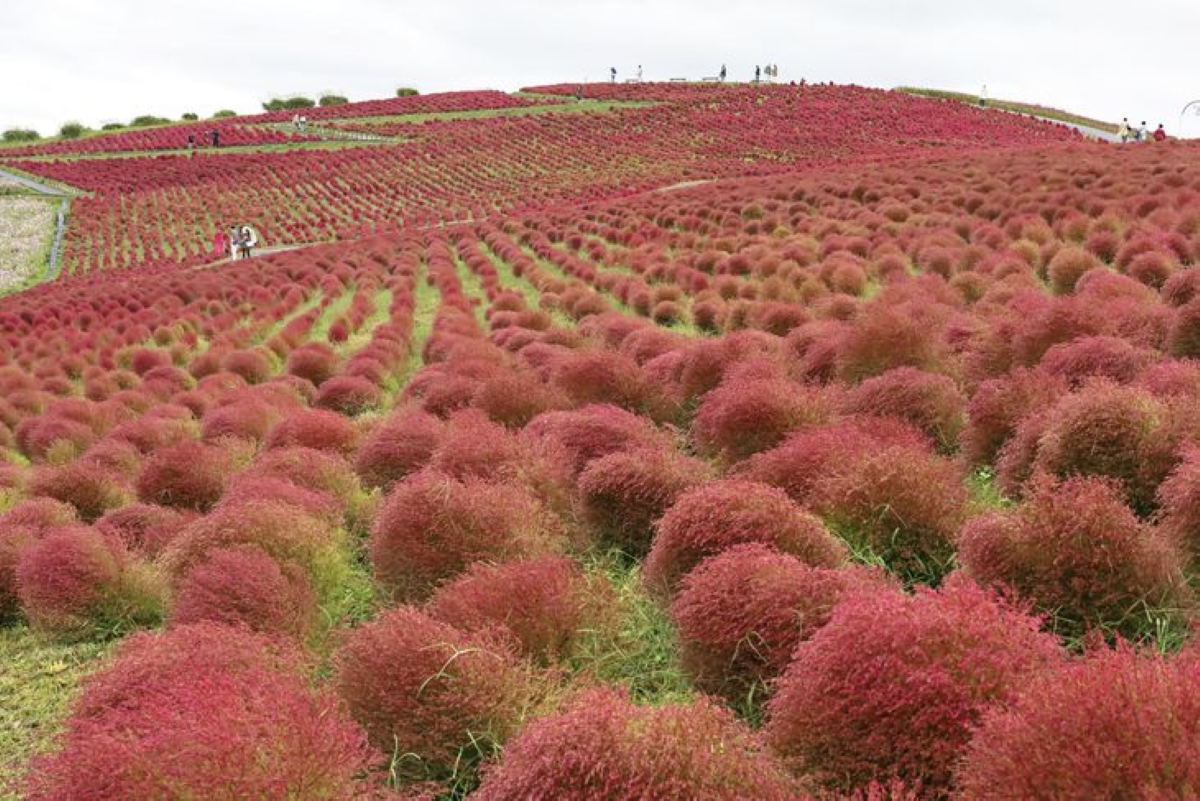 Kokia have turned their brilliant autumn red at Hitachi Seaside Park on October 13 at Hitachinaka City, Ibaraki Prefecture, and the colors will only deepen as time passes.

The bushes, found in the Miharashi no oka hill section of the park, turn bright scarlet, beginning around the week of October 14, and visitors can enjoy looking at the hill covered with the fluffy red kokia plants (sometimes called summer cypress), each of about 60 cm in diameter.

Kokia is an annual plant of the Amaranthaceae family, also known as hokigusa or “grass for making brooms.” It is known for the color it brings as its leaves turn from bright green in the summer to scarlet in the fall. According to the park spokesperson, fewer plants grew this year due to the heavy rain around mid-August.

It was a cloudy sky with occasional rain on October 13, but some visitors were enthusiastically taking pictures in the park. A 73-year-old man from Chiba Prefecture said, “Today I came for kokia, which has begun to change color.” He added, his expression relaxing, “It’s spectacular to see so many.”

(Read the Sankei Shimbun article in Japanese at this link .)