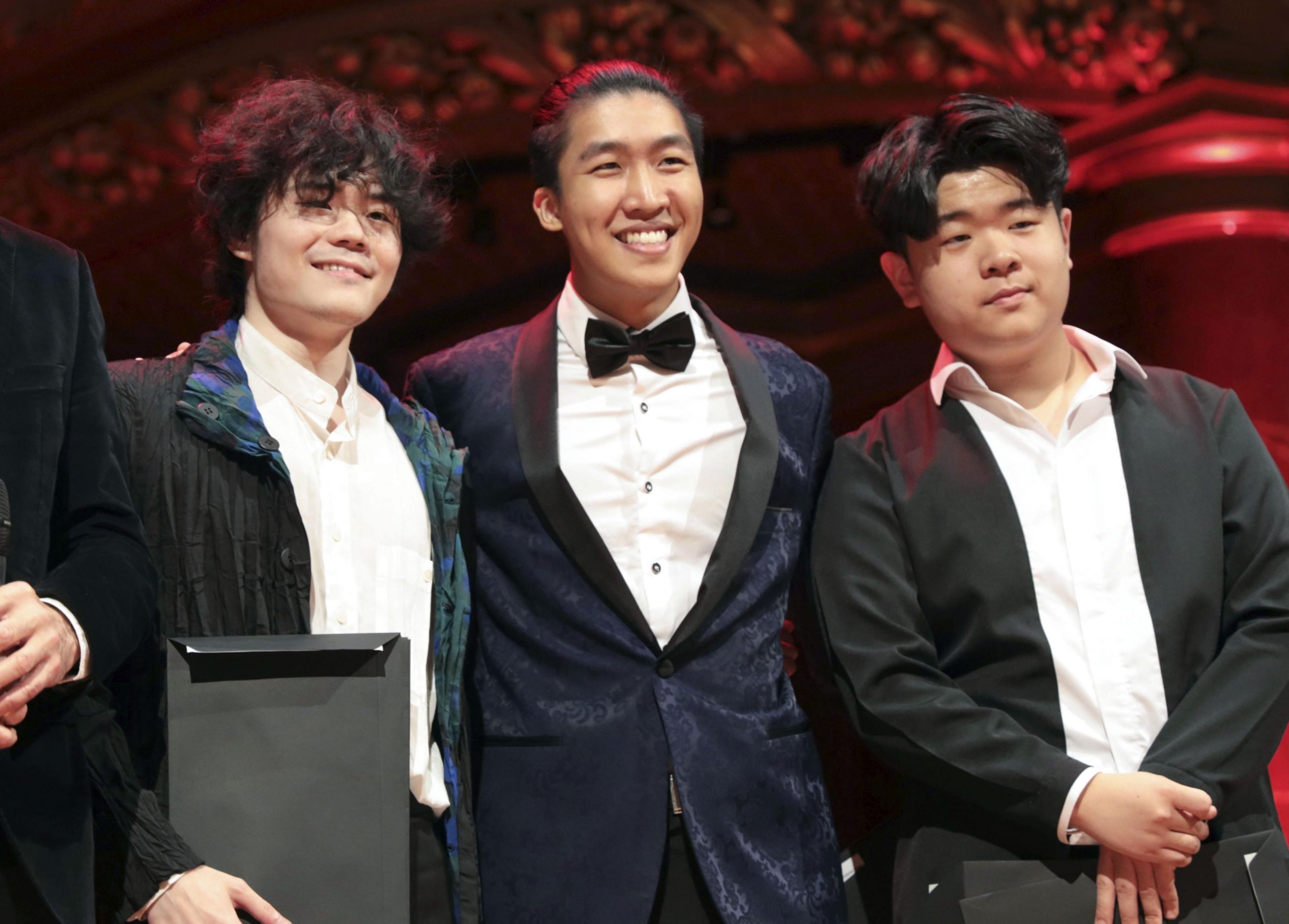 The final round of the 2021 Concours de Geneve international cello competition was held on October 28, 2021, and when the results were announced, Japanese cellist Michiaki Ueno (25) was named the winner. This is the first time in history a Japanese musician has won the competition.

Backed by the Orchestre de la Suisse Romande, conducted by Georg Fritzsch, Ueno played the “Cello Concerto” by Witold Lutoslawski, one of five options available to the finalists. His performance drew huge applause from the audience.

In an all-Asian sweep of the top prizes in the cello category of the 75th Geneva International Music Competition, Ueno was joined on the winners podium by Brian Cheng (second prize), of Canada and by Jaemin Han (third prize) of South Korea.

Competitors for the competition must be invited to participate by the organizers. This year, there were 37 invitees aged 15 to 30 from 19 nations in the cello category.

The three winners take home a monetary prize. However, of greater significance is the boost the competition gives to developing their careers as professional musicians.

The 2021 laureates will benefit from two years of management by the concert agency Pro-Musica Geneve, which will help them to a series of professional performances viewed as first career steps for musicians seeking careers in Swiss and international concert venues. Among the opportunities is the offer of an international concert tour.

The opportunity to record a CD with orchestra backing is also part of the prize for one winner. Distributed under the La Dolce Volta label, organizers note these recordings are “an excellent means of promotion for young artists at the beginning of their career.”

Ueno, who is Japanese, began studying cello at an early age. Currently he is an artist-in-residence at the Queen Elisabeth Music Chapel, where he studies with Gary Hoffman and Jeroen Reuling, according to the Concours de Geneve website and The Violin Channel. He is a graduate of the Toho Gakuen School of Music Tokyo, where he studied under Pieter Wispelweij and Hakuo Mohri. He has also won top prizes in the Lutoslawski and Brahms International Cello Competitions.

Ueno told reporters after the competition, according to NHK, that it is his dream to “become a cellist that people all over the world can listen to.” With this Concours de Geneve International Cello Competition first prize, his dream might just come true.