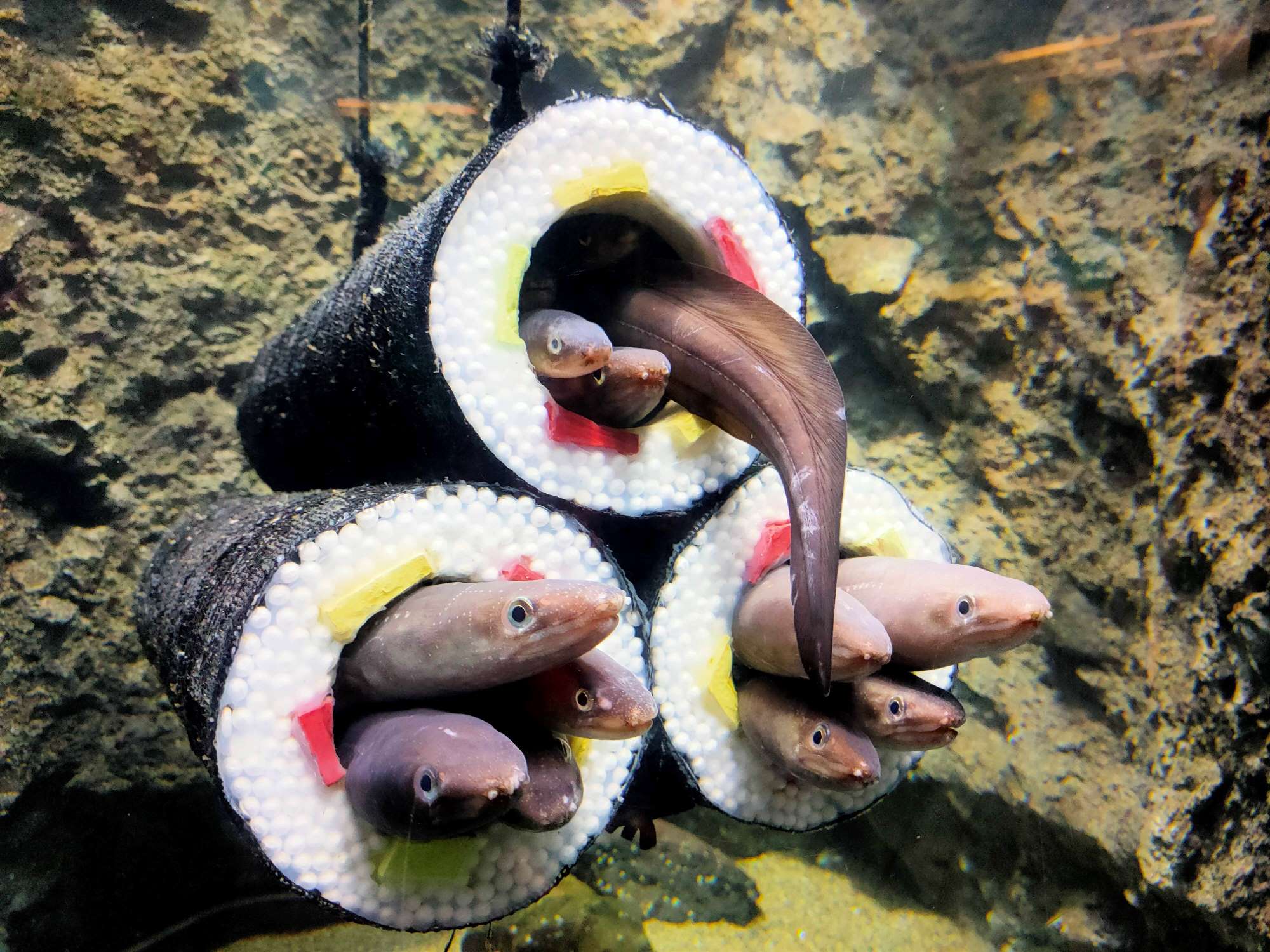 At the Umino-Mori Aquarium in Sendai, Japan, visitors are enjoying viewing the Anago Ehomaki Fish Tank, where a group of squirmy conger eels peers out from cylinders that resemble sushi rolls.

Ehomaki is a seasonal sushi roll that’s believed to bring good luck when  eaten on the last day of winter, usually in early February. The idea of a living ehomaki Setsubun exhibit was inspired by the fact that conger eels, called anago in Japan, have a habit of squeezing into narrow spaces and are also ingredients in the seasonal sushi rolls.

This year’s exhibition continued from February 3-6.

A make-believe sushi roll shaped tube 55 cm long and 14 cm wide hangs inside the fish tank. The tube consists of white styrofoam, which looks somewhat like vinegared rice, with pink tuna, and yellow omelet roll colors added to the design. The tubes are wrapped in black net that gives the appearance of dried seaweed sheets traditionally used to wrap sushi rolls.

What makes the three ehomaki unique are the conger eels that have squeezed themselves into the tubes, with their face and tails peeking out.

The museum first exhibited the conger eels in their ehomaki tubes on Setsubun in February 2019. Receiving lots of attention on social media, the museum decided to repeat the event. In 2021 it also began a similar exhibition at another amusement park, Sea Paradise Yokohama Hakkeijima (Kanagawa Prefecture), which belongs to the same group.

A 23-year-old graduate student in Sendai who was intently gazing into the fish tank said, “Initially the conger eels looked a little frightening as they tightly squeezed into the cylinder, but eventually they began to look cute.”