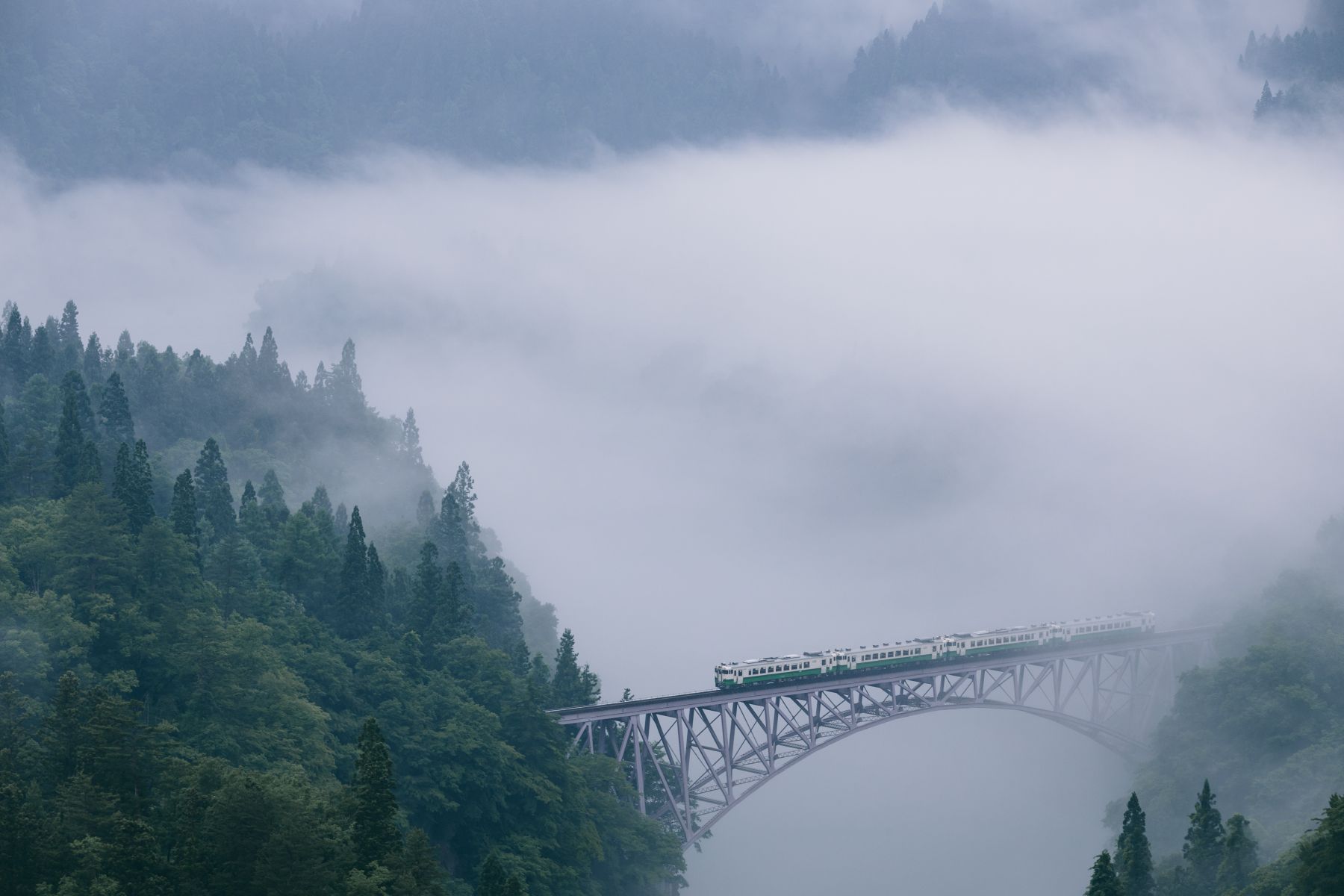 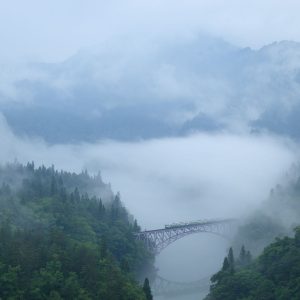 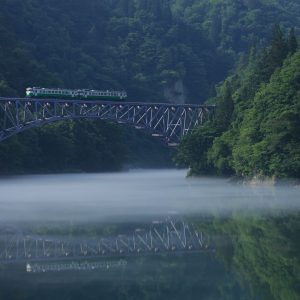 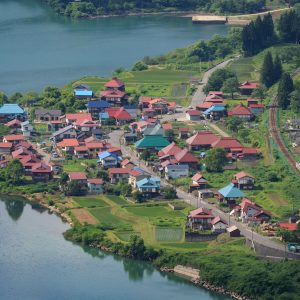 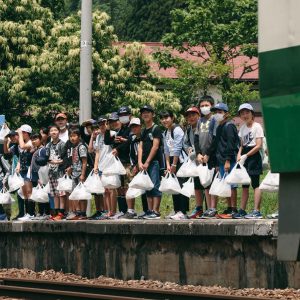 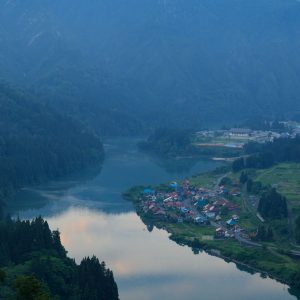 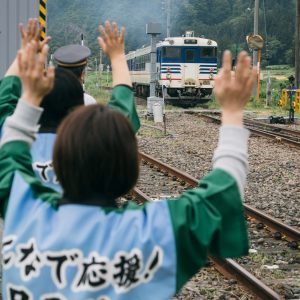 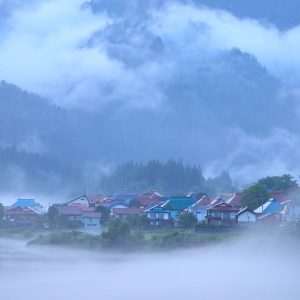 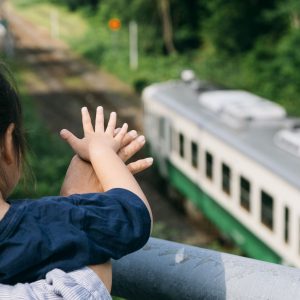 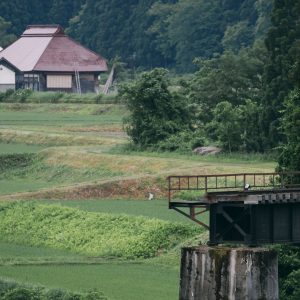 Was it the rain from last night, I wondered? The bird’s chirping echoed early in the morning, while the river mist slowly but surely enveloped the ravine.

The air was still. However, slowly but surely the scenery began to change. The trees and rows of red tin roofs in the small village in the distance disappeared and reappeared before my eyes.

The steam whistle blew. It was just past 6 A.M., and the first train bound for Aizu-Wakamatsu station (Fukushima Prefecture) approached the arch-shaped No. 1 Tadami River Bridge. The low, intense chugging of the engine was unmistakable. No sooner did the four-car diesel train begin to cross the bridge than it was immediately swallowed whole by the river mist.

The JR Tadami Line is a local train line that stretches roughly 135 km from Aizu-Wakamatsu to Koide station (Uonuma, Niigata Prefecture). The secluded train line has become known for its beautiful, picturesque scenery across all four seasons. In recent years, it has become quite popular among overseas tourists, particularly those from Taiwan.

From morning to night between June and August, the mist from Tadami River rises and falls unremittingly, weaving a dreamlike landscape across the area.

Kenkou Hoshi, 70, a local photographer and native of the area, explained the phenomenon. He has been taking pictures along the Tadami Line for 25 years.

“The melted snow from Oze at the head of Tadami River means that the river is cold even in the summer. The difference in temperature from the warm summer air combined with the humidity after a rainfall is what causes the mist to form from the river,” he said.

Three railway bridges on the Tadami Line were destroyed in July of 2011 due to a landslide caused by floods in Niigata and Fukushima which in turn led the tracks to collapse. The damage was so great that a 27.6-km stretch of track between Aizu-Kawaguchi and Tadami continues to be unusable.

At first, there was a proposal for JR East Japan to convert from rail to bus service in the affected regions. However, the governing body in charge of restoring the area wanted to maintain and rebuild the railroad tracks in the damaged areas of Fukushima Prefecture instead. Ultimately, JR East Japan decided to restore railroad service to the area, and construction started in June 2018. The aim is to have all lines up and running in three years.

“While seeing our visitors off, we’ll give them a wave as if to say, ‘Have a safe trip! Please visit Tadami again,’” said Mika Watanabe of the Tadami Tourist Association. In order to convey a sense of hospitality to train passengers, the association has established a policy of waving to trains as they pass by, hoping all cities and towns along the Tadami Line will participate.

Starting 2018, a community initiative to expand awareness of the charms of the Tadami Line began teaching elementary school students in the prefecture about Okuaizu’s culture and history with trains. As of 2019, 41 schools have pledged to participate in the project, dubbed the “train study.”

As I ended this report from my inn along the river, I could hear the sound of falling rain, coupled with the whistle of the last train. I could expect to see another beautiful, misty view of the ravine in the morning.