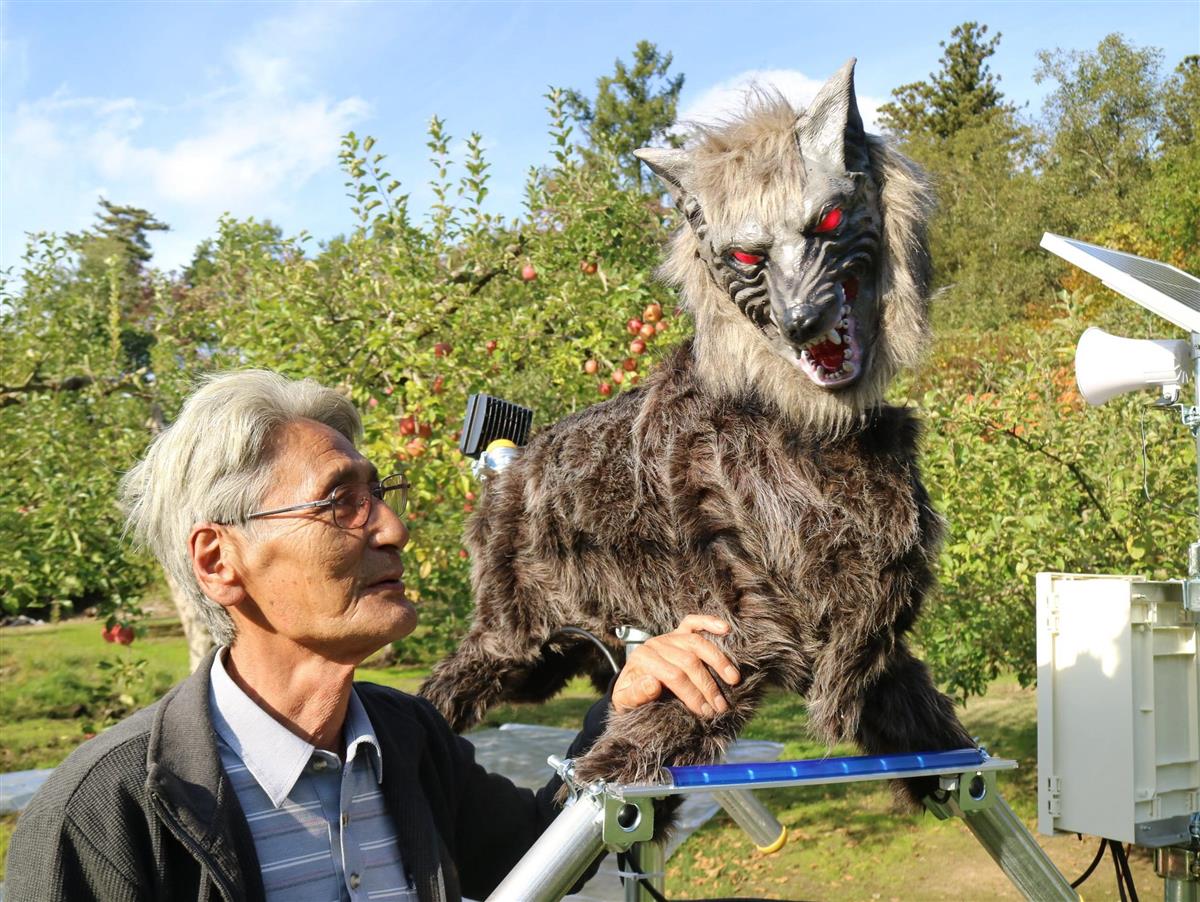 It’s the harvest season for apples and pears, and Nagai City, Yamagata, has begun experimenting with a newly invented device dubbed the  “Monster Wolf”. Why? It repels voracious wild animals.

This prefecture is said to produce 80 percent of the “La France” pears in Japan, a popular Western variety first imported in the early 1900s.

At the same time, the region is home to an abundance of bears and wild boars that constantly ravage the orchards by raiding them for the delicious fruit, day and night. The damage they cause is estimated to have exceeded ￥100 million JPY ($963 million USD) in 2018. Local fruit producers have high hopes that this new machine will help significantly reduce the damage.

“Monster Wolf “is a robot developed by the machine production company Ohta Seiki (Yuji Ota, CEO) in Naie Town, Hokkaido. The device was originally intended to scare away bears from people’s houses in the popular onsen region near Sapporo. 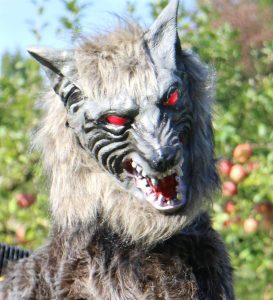 When the Monster Wolf senses a moving object 30 meters away, it sparks a red light emitting diode (LED) from its eyes and a frightening howl, “Gaongon, Gaongon” while shaking its head from side to side. Its sound extends for about 1 km, and the volume can reach a maximum of 90 decibels.

The robot not only howls like a wolf, but can also bark like a dog, emanate an explosive gun sound, and even release a pre-recorded human voice threatening: “You won’t be forgiven!”

Experiments at Tokyo University of Agriculture, which participated in the development, have shown that the invention with glowing red eyes emitting a loud noise has been effective in scaring away wild bears and deer.

In Yamagata, the Monster Wolf was introduced for the first time on October 2 in an apple orchard in Isazawa, Nagai City. The area was designated for experimental projects to protect ripening fruit in the orchards from wild birds and animals.

Kazuhiro Kawai (65), an orchard owner and fruit producer from the area, has suffered damages caused by wild boar and bears since 2016. “The bears break the branches of the apple trees and eat the fruit, while the boars dig and destroy the fields,” he lamented to The Sankei Shimbun reporter.

Approximately 70 of the units are already operational all over the country.

Until now, electric fences carrying a current of 8,000 volts have been employed as countermeasures. But when the grass grows higher than 20 cm, it causes an electric leakage, making the fence ineffective.

“Initially, right after its installation, it will be effective to keep away wild boar,” Mr. Kawai said. “However, the orchard is large, so it would be better to get a sensor that not only covers the front of the Monster Wolf but also 360 degrees all around it. In addition, if it’s possible, I would like to install more,” he added.