Quasi Alliance in the Making: Why Japan, Australia Want Ease of Military Exchanges 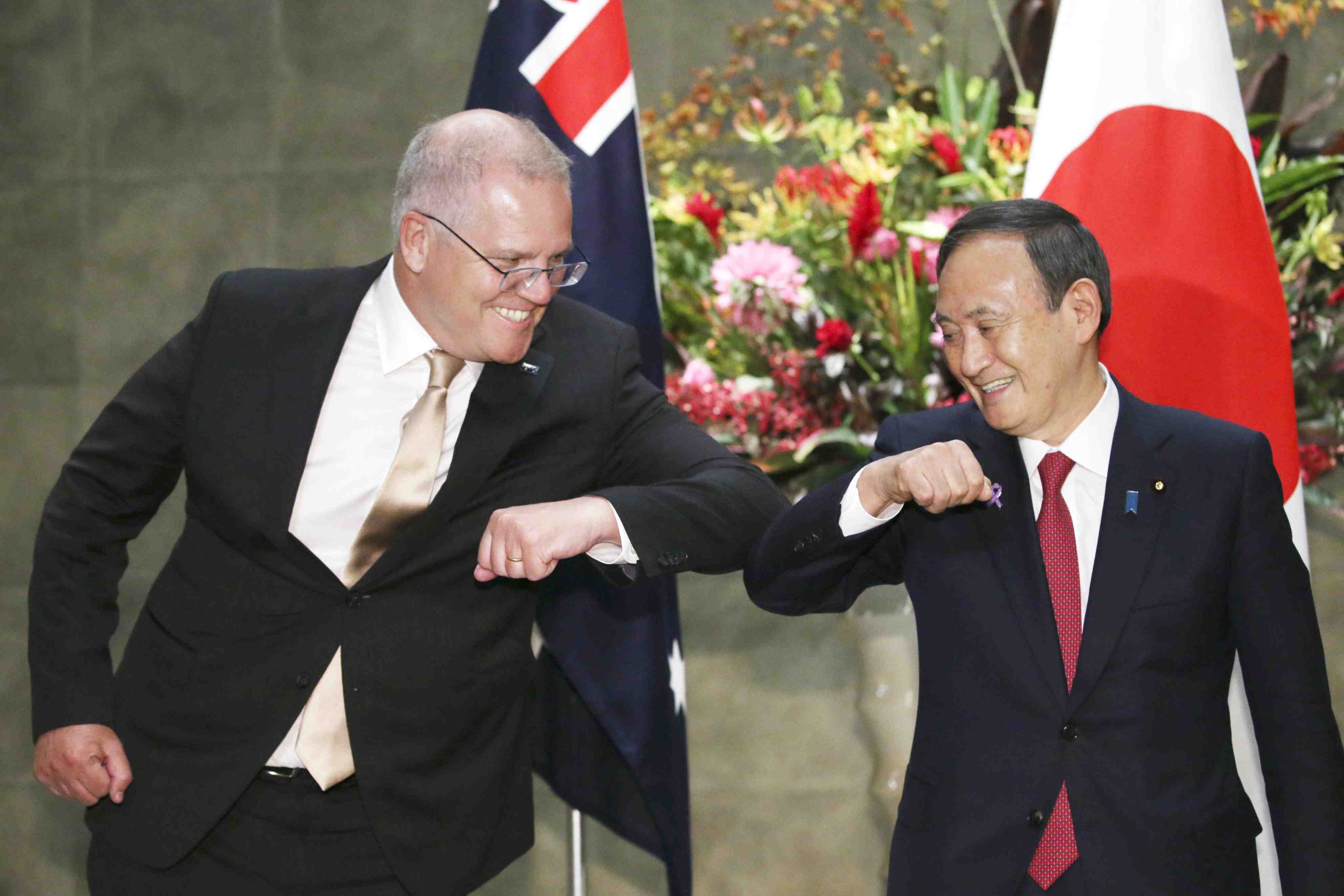 After six years of negotiations, Japan and Australia have agreed to work on a pact that will facilitate military exchanges and joint exercises between their militaries, the two countries announced.

At a joint press conference in the evening of Tuesday, November 17, in Tokyo, Prime Minister Yoshihide Suga and visiting Australian Prime Minister Scott Morrison said the two countries agreed on the need to strengthen their “special strategic partnership” in what amounts to a “quasi-alliance.”

The Reciprocal Access Agreement, which is expected to be finalized in 2021, governs the use by each party of the other country’s military bases, costs for sharing of fuel and munitions, and the legal liabilities related to joint exercises.

Japan and Australia share a crisis mentality concerning China’s maritime expansion. The two countries are keen on strengthening bilateral defense cooperation so that, for example, the Japan Self-Defense Forces may provide “protection for military weapons and equipment” for Australian aircraft and warships.

This was Suga’s first meeting with a top foreign leader on Japanese soil since he assumed office in September. During their 80-minute private huddle, Suga and Morrison agreed to work closely to promote a “free and open Indo-Pacific region” in terms of things like upholding the rule of law. They also promised to work closely with the incoming administration of United States President-elect Joe Biden.

At the press conference following the private session, Suga emphasized the importance of the broad framework to speed up conclusion of an actual agreement. “I would like to see this agreement raise security and defense cooperation between Japan and Australia to a new level,” the Prime Minister said.

Significantly, a formal pact with Australia would be the first in which Japan forges a bilateral legal arrangement covering foreign forces operating in Japan, aside from the 1960 Status of Forces Agreement with the U.S.

If such an agreement is finalized, it would likely expand Japan-Australia defense cooperation. An official with the Maritime Self-Defense Force agrees that it would make it easier to host Australian military units.

Likewise, an official in the defense ministry said, “Hopefully this will lead to more frequent joint exercises and enhanced functionality in training.”

Although Australia was one of the first economies to recover from the Lehman Shock of 2008, that was largely due to a “buying binge” by China of Australian coal and iron ore. At that time, Australia had a decidedly pro-China bent. Later, however, Australian perceptions of China drastically worsened, as Beijing reclaimed land in the South China Sea to create artificial islands and otherwise heightened its military presence in the region.

China, for its part, reacted irately to Australia’s call in April for an independent investigation into the origins of the novel coronavirus. Beijing retaliated by taking a number of harsh measures to punish Canberra, going so far as to halt imports of Australian coal.

The Japan-Australia joint statement issued on November 17 expressed “grave concern” about the situation in the South China Sea. In addition, it reflected a mutual desire by the two countries to contain Chinese expansionism by reaffirming that both sides are opposed to any unilateral attempt or threat that would change existing conditions or heighten tensions in the region.

On the same day, Japan’s defense ministry announced that Phase 2 of Malabar Exercise 2020 war games, involving warships from four nations in coordinated exercises of increasing complexity, had commenced in the North Arabian Sea. It is a follow-up to the Phase 1 exercise in the Bay of Bengal held November 3-6. Since Australia began participating in 2007, these exercises have served to bolster quadrilateral cooperation among Japan, the U.S., India, and Australia.

Morrison made the trip to Japan despite the fact that, after returning home, he would be required to self-isolate for two weeks under Australia’s strict rules to counter COVID-19.

The sense of urgency surrounding the Australian prime minister’s visit comes against the backdrop of deteriorating relations between Canberra and Beijing.

(Find access to this column in its original Japanese here.)