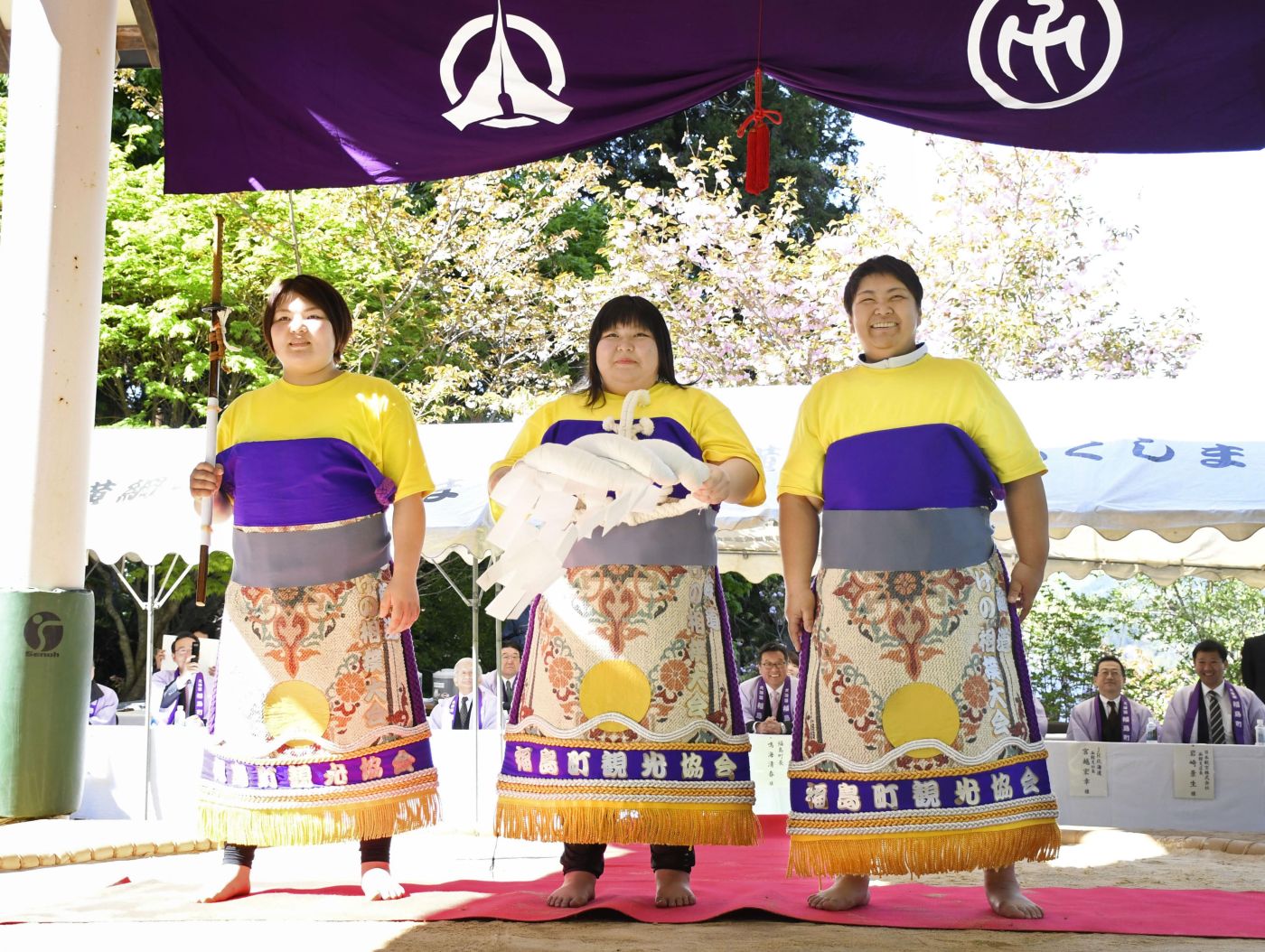 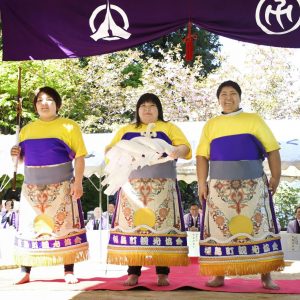 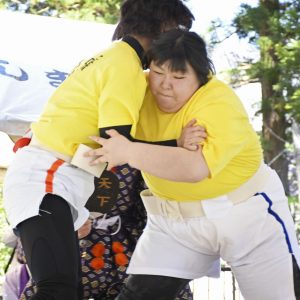 Sumo is a sport that has a long tradition in Japan, which spreads far and wide in the country.  Even the tiny city of Fukushima, Hokkaido, with a population of little over 4,000 people, has produced two famous sumo wrestlers – Chiyonoyama in the late 1950’s, who was considered one of first modern Sumo wrestlers, and Chiyonofuji, who was active between the 1970s and 1990s.

It seems fitting, therefore, that in this small town not too far from Hakodate, a special sumo event took place on May 12. On the occasion of Mother’s Day, the city hosted a “Women- Only Sumo Tournament.”

61 strong women from all over the country, including the regions of Iwate, Akita, Hokkaido, and even the national capital Tokyo, gathered in this tiny town in southern Hokkaido. Sporting names such as “Mountain” and “Girly”, the women attracted 1500 spectators who came to the town to witness the unusual celebration, now on its 28th edition.

Among the people in the crowd were many people holding signs encouraging one wrestler or another, including children with banners saying, “Don’t lose Mom!”

The winner of the tournament was Mako Nishiyama, a 24-year old nurse from Fussa City, in the Tokyo Metropolitan Area. She carried home the title after beating Kumiko Kato from Kazuno City in Akita Prefecture. This year’s tournament brought Nishiyama her third title in a row.