Dear Megumi: The New Reiwa Era Brings Us Hope for Your Return 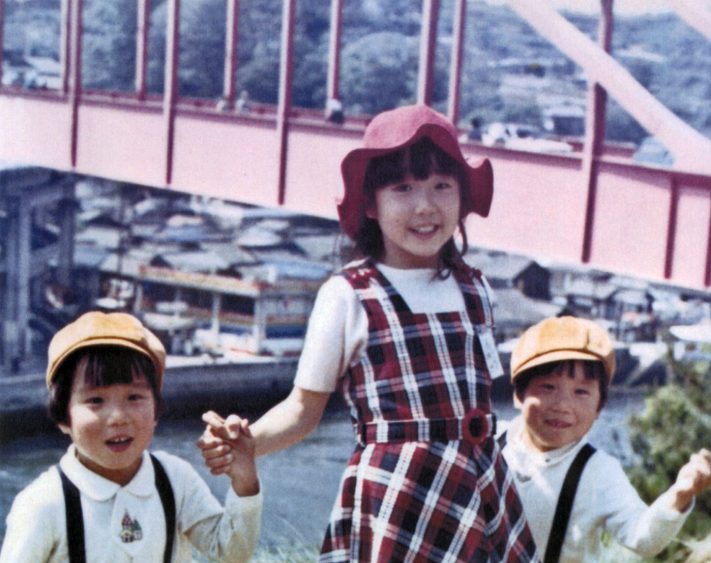 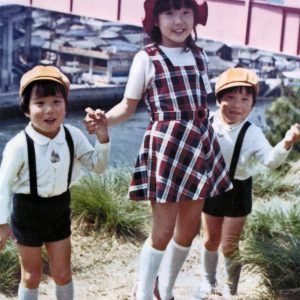 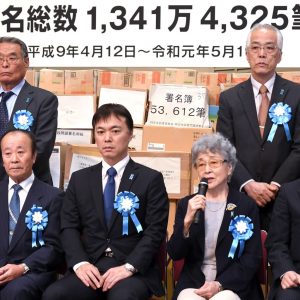 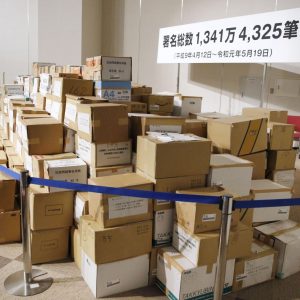 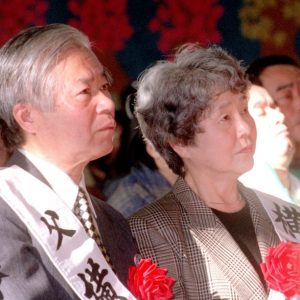 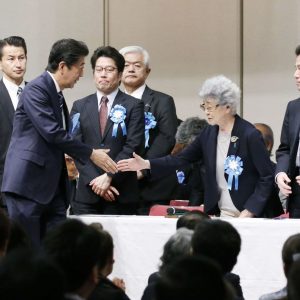 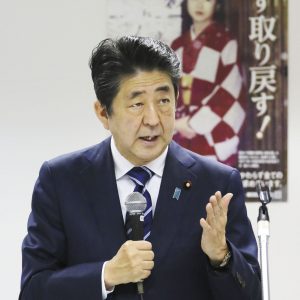 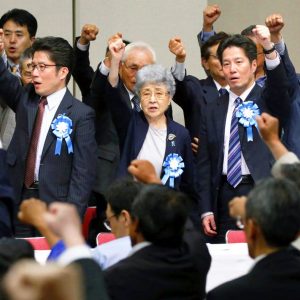 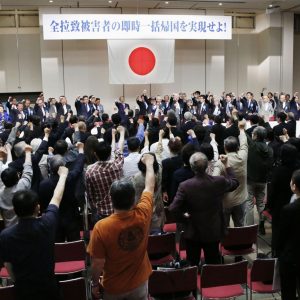 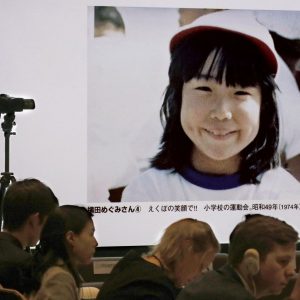 How are you doing? Here, the warmth of spring has spread across Japan and your favorite flowers are blooming beautifully.

Do you remember the small rubber tree we bought at the bazaar when you were in the fifth grade? Now it has multiplied into four pots of rubber trees, all extending their magnificent leaves in anticipation of your return.

In Japan we have just welcomed a momentous era. The Emperor has abdicated, and the Crown Prince acceded to the thrown on May 1, ending the Heisei Era and raising the curtain on the Reiwa Era. I pray that this era indelibly marks a renewed Japan with a history of strength and hope.

During their reign, the now-Emperor and Empress Emeritus traveled throughout the country, comforting the Japanese people in times of sadness and joy. On occasion we were touched by the words of the Empress as she expressed her desire for your return.

She mentioned your abduction in her birthday message last October, saying, “The plight of the abduction victims will not suddenly leave our thoughts just because the Heisei Era is coming to a close.”

Then, in February, she sent us a message expressing concern for our aging family, saying: “Let us hold fast to hope. The Emperor and I cannot do anything, but we are praying earnestly for their return.”

Your father and I are growing old and unwell, and our bodies won’t move as before. Nevertheless, we will absolutely keep on fighting. With prayers and hope in our hearts, we believe all of the abduction victims will be rescued.

The international situation has become increasingly complex, obscuring the path to your rescue and often leaving us feeling puzzled and uninformed. It has already been 42 years since your abduction, and we are even more desperate to find a way to bring you — and all of the victims — home.

Of course, some important breakthroughs during the Heisei Era should be acknowledged, such as the exposure of the abductions by North Korea and the revelation that you are being held there. Also, Hitomi Soga, the Hasuike couple, and the Chimura couple, who lived with you in North Korea, were returned home to Japan.

An Era of Hope for Our Happy Reunion

Entering this new Reiwa Era, there is hope for more progress and complete resolution of the abductions issue so a bright, hopeful Japan can be passed on to the next generation. My utmost desire is for all of the governments and politicians to do everything in their power to bring every single victim back to their homeland.

You were only 13 when you were abducted in Niigata on November 15, 1977. Not knowing whether you were alive or dead, I cried and wept as I wandered along the coast and through the city every day in search of you.

Words cannot express the pain of not knowing. For no reason at all, a beloved family member disappears without a trace. Many families have had to go through this hellish pain for years. And for the victims, all of you have endured unfathomable fear for too long. There can be no more outrageous and inhumane torment.

We learned that you were abducted by North Korea in January 1997. This information came to us unexpectedly and brought a great shock upon us. We vowed to bring you back, but had no idea what to do.

It was volunteers from various parts of Japan who extended their hands to help work towards solving the abduction issue. Soon after, I was standing on the main street of Niigata, campaigning for your rescue for the first time.

It was a quite a surprise to see that a sash with these words had been prepared for me. I thought it would make me look like I was running for office. At first, I was hesitant to wear it around the city, but I knew it was necessary. Afterward I wore this sash as I collected signatures for petitions and attended meetings around the country. I had never spoken in public before, but I did my best to make my voice heard.

The victims’ families united to form the Association of Families of Victims Kidnapped by North Korea (AFVKN) in March 1997, and started the movement for your rescue. Families sharing the same pain joined hands to move forward.

At the time, North Korea was a distant, mysterious country. It was impossible to imagine that such a country had committed the serious state crime of abducting young Japanese, one after another. All we could do was to spread the facts to as many people as possible and appeal for the government to take action. We felt as though we were just groping in the dark and had no idea whether we were making progress.

Slowly but surely, people started becoming aware of the truth. Suddenly, after 20 years of unresponsiveness, the situation changed dramatically, and the days began to pass with dizzying speed. There were even protest marches and sit-ins to appeal for action to resolve the abductions issue.

Then, in September 2002, North Korea admitted to the abductions and apologized for them. However, it falsely maintained that you and the other victims had either died or never entered North Korea. It made me wonder about the lack of progress for such a long time and what the government was thinking.

Reiwa Brings Hope for Happiness and Your Return

Your father was admitted to hospital in April 2018. Since then, he has rapidly regained strength. Recently he had a beaming smile and a twinkle in his eyes when we went to see the cherry blossoms together. He is working hard to recover his health, receiving all the motivation and energy he needs from your photo by his bedside.

When I say to your father, “You have to be healthy when Megumi returns,” he gives me a firm nod and replies, “I'm doing my best.” We are always encouraging each other as we wait for your return.

The abductions began in the Showa Era and continued throughout the Heisei Era. Now we have entered the Reiwa Era. Yet, for the victims remaining in North Korea and their families, the struggle continues.

It has become difficult for your father and me to attend meetings, but your twin brothers Takuya and Tetsuya are travelling throughout Japan and abroad for you. There has not been a moment in our lives that we don’t think about you.

Many Japanese citizens are appealing for the immediate return of all abduction victims. In our apartment building, the residents are planning a gallery of photos of you taken by your father. Your school friends from Yorii Junior High School diligently work towards your rescue and other supporters continue to petition for your return.

I want you to know that the suffering you and the other victims have endured has not been in vain. One day your hardship will bear fruit and bring great joy to Japan and the world.

That is why you must stay well and come home. Keep your hope alive and hold on for just a little longer, because we are almost there.

(Click here to read the Letter to Megumi in its original Japanese.)

(Click here to read Sakie Yokota’s other letters to her daughter and related articles on North Korea’s abductions of Japanese.)