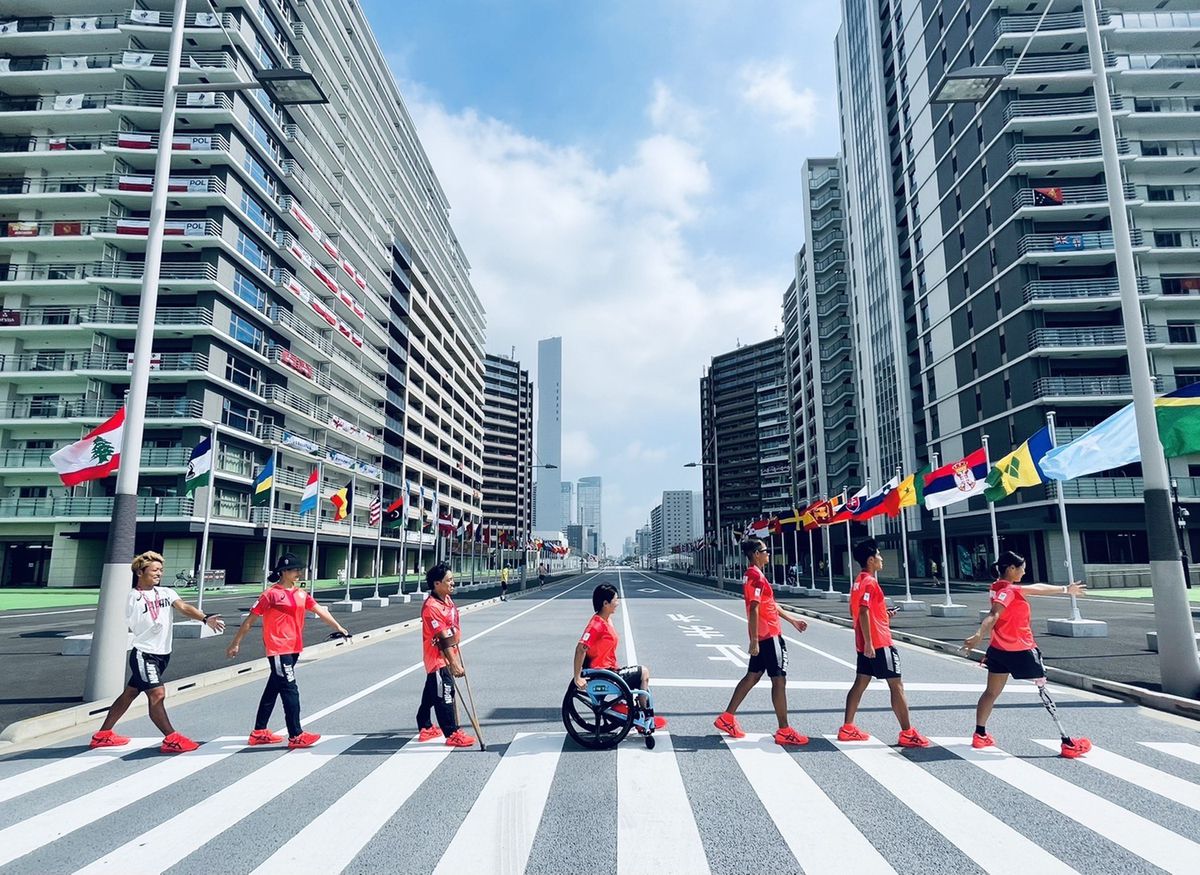 Prosthetic legs, wheelchairs, and visually impaired athletes walk over the pedestrian crossing at the Olympic Village in Tokyo.

The photo of a Japanese triathlon team imitating the jacket of the Beatles’ famous album “Abbey Road” is getting a lot of attention.

The driving force behind this project is Mami Tani (39), who posted the comment on Twitter, saying: “Everyone is different, everyone is good”.

Tani was the first Japanese Paralympic triathlon athlete to win a gold medal ー at the 2017 triathlon in Rotterdam ー and played a key role in bringing the Paralympics to Japan.

It was Tani’s idea to create the photo, which was taken on August 30, the day after the Paralympic triathlon competition was over.

The pedestrian crossing in the Olympic Village was a popular shooting spot among Olympic athletes.