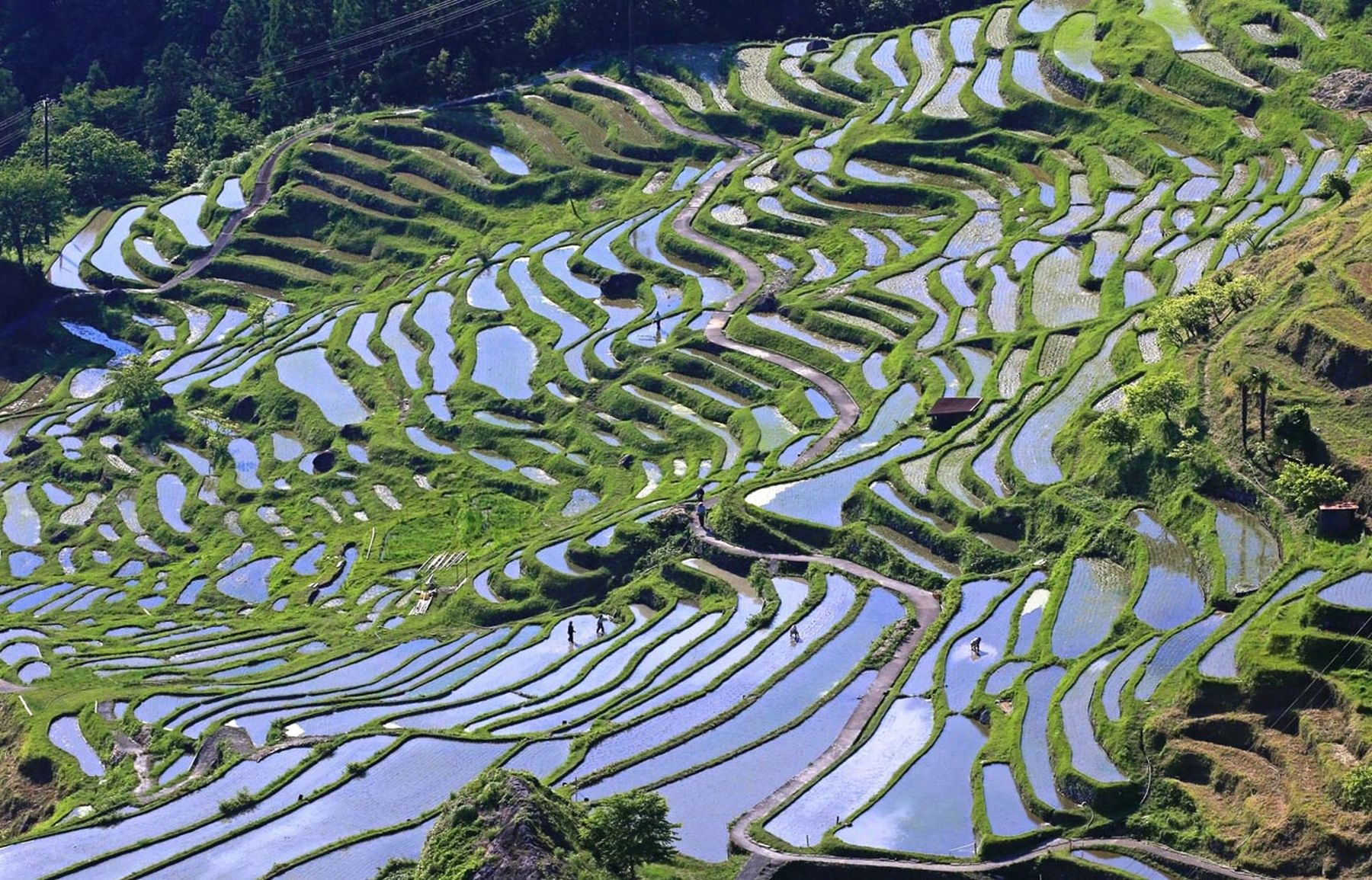 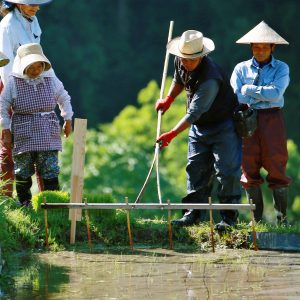 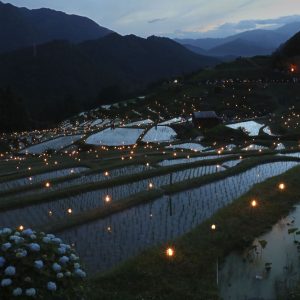 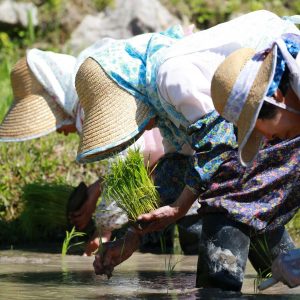 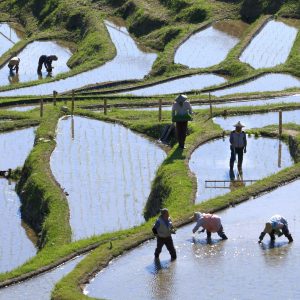 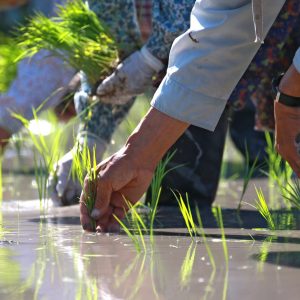 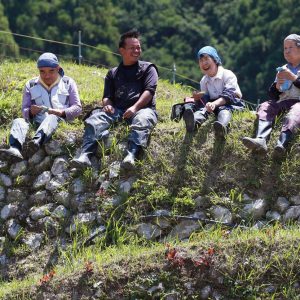 The sound of pheasants chirping and frogs croaking filled the air. The rice paddies reflected the blue sky, and the ridges between them created a net-like pattern.

Watching the farmers planting rice in perfectly straight lines, I realized just how small their figures look against the rice paddies. I stared in awe at the beautiful scene in front of me.

These are the Maruyama senmaida — thousand rice paddies — located southwest of Kumano City in Mie Prefecture. There are a total of 1,340 rice paddies lined up side by side, 150 meters above sea level. The site has been named by the Ministry of Agriculture as one of Japan’s “100 Best Rice Terraces.”

It is not known exactly when these paddies were first created, but it is thought there were 2,240 of them in 1601 (6th year of the Keichō era). The number decreased to around 500 at the start of the Heisei era, just over 30 years ago.

Thanks to the efforts of local residents who set up a preservation group, many damaged paddies were repaired and reconstructed, increasing the number to 800. Now, each farmer is in charge of maintaining his or her own section under a private ownership system.

Individual paddies in the terrace may be small in size, but since everything from rice planting to harvesting is done by hand, each one requires a painstaking amount of effort. It is the dedication and hard work of each farmer that has made the existence of this breathtaking scenery possible.

Splish, splash. Toshio Kita, 70, president of the preservation group, is busy planting rice with his wife, Keiko, 68. A quiet splash sounds each time they step into the water. Behind them is a long, neat line of rice shoots they have just planted, as straight as wheel tracks on the surface of the water.

“Rice farming by hand is hard work, and maintaining the paddies is even harder. But working together and supporting each other is what makes it possible,” said Mr. Kita.

The rows of shoots formed a backdrop against the figures of the two, standing straight against the wind.

However, the preservation group is dealing with another problem: age. At the same time many of its members are growing old, the number of potential successors willing to take over is decreasing. This is one of the reasons why Mr. Hirotoshi Nakamura, 42, a local from Kumano City, decided to join the group in the winter of 2018.

The belief that each one of us is responsible for preserving the treasures of our own hometown led Nakamura to start farming rice. “There’s still a lot to get used to, but I want to continue cultivating the rice I’ve planted,” he said.

When I finished my reporting work for the day, Mrs. Kita invited me to have dinner with the family. As we gathered around the table, I tasted their freshly cooked homegrown rice and found it was surprisingly sweet in my mouth. “You see, new rice is much tastier,” Mrs. Kita chuckled.

The strength and kindness of the farmers who have lovingly preserved these terraced rice paddies for over 400 years left a strong impression on me. As I made my way home, I found myself praying for the continued success of their work, preserving the traditions and scenic beauty of the Maruyama senmaida.

(This piece was translated by Sara Doel)