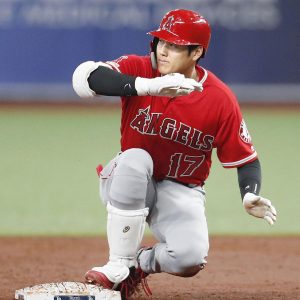 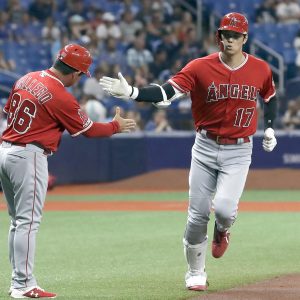 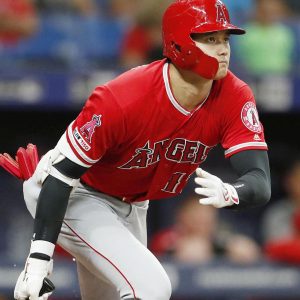 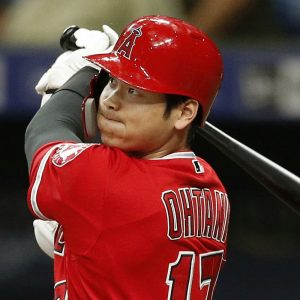 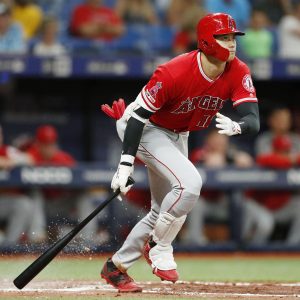 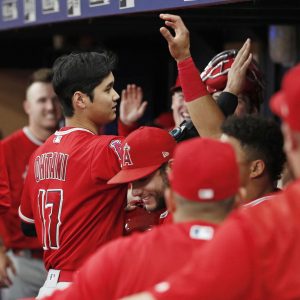 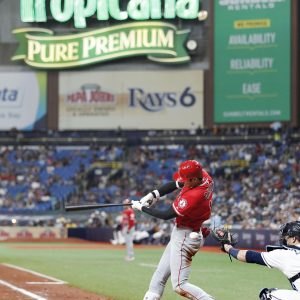 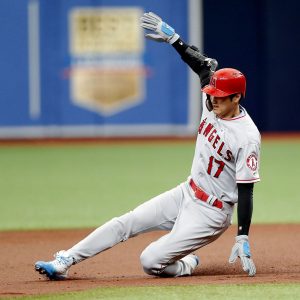 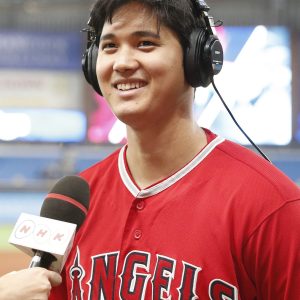 Shohei Otani, the designated hitter for the United States Major League team the Los Angeles Angels, hit for the cycle on Thursday, June 13, becoming the first Japanese-born player to accomplish the rare feat.

This is an achievement that even Ichiro Suzuki, who had 3,089 total hits in his major league career, came short of attaining. The MLB’s official website even devoted a feature on Ohtani’s historic cycle.

In a game against the Tampa Bay Rays that day, Ohtani first smacked a three-run homer, his eighth for the season, over the left-center-field wall in the first inning. He did it off Rays’ left-handed hurler Ryan Yarbrough, whose pitches are reputed to be difficult to hit.

In the third inning, Ohtani then crushed a double to left-center field in his second time at bat. He followed this up by blasting a triple, considered the most difficult leg of the cycle, down the right field line in his third at-bat in the fifth inning, thus reaching the brink of setting this great record.

Ohtani completed the exploit of hitting for the cycle with a clean single to center field rightward in the seventh inning, with two outs and a runner on first, after the hurler was relieved by a right-handed pitcher.

The moment he achieved the feat, Ohtani smiled sunnily from first base. His Angles teammates in the dugout celebrated Ohtani’s accomplishment by throwing their arms in the air.

In October 2018, Ohtani underwent Tommy John (TJ) surgery, an operation for rebuilding the ulnar collateral ligament of his right elbow joint. He has been off the mound devoting himself to rehabilitation of his arm since then. He gave up being a two-way player — on the mound and on the plate — for this season, rejoining the team in May to play this season exclusively as a batter.

Following the surgery he was played in a way that would avoid straining his arm, as well as taken off the starting lineup when the opposing team’s starter was left-handed. As such, Ohtani could not help but feel far from his normal self before undergoing the TJ surgery. And it showed in his batting average, which lagged at around .250 for the first several weeks.

When June rolled around, however, he took out his bat at last. He smashed a round-tripper, the sixth of the year, in the Angels’ game against the Seattle Mariners on June 8. His hit came against a ball hurled by Mariners’ left-handed pitcher Yusei Kikuchi, a graduate a few years before Ohtani from the same Hanamaki-Higashi High School in Iwate Prefecture, northern Japan.

“I think I can do quite well if I can swing in my own style…only if I can go in a normal way,” said Ohtani after the game.

In hitting for the cycle on June 13, his extra-base hits (more than a single) were all off left-handed pitchers. “I haven’t minded dealing with left-handers since the days I played in Japan,” he noted.

After a slow start, he is yet to be on the list of players vying for batters’ titles this season. However, winning the cycle this time stands as proof anew of the power of Shohei Ohtani.

(Follow this link to read more stories about Shohei Ohtani and his MLB career.)