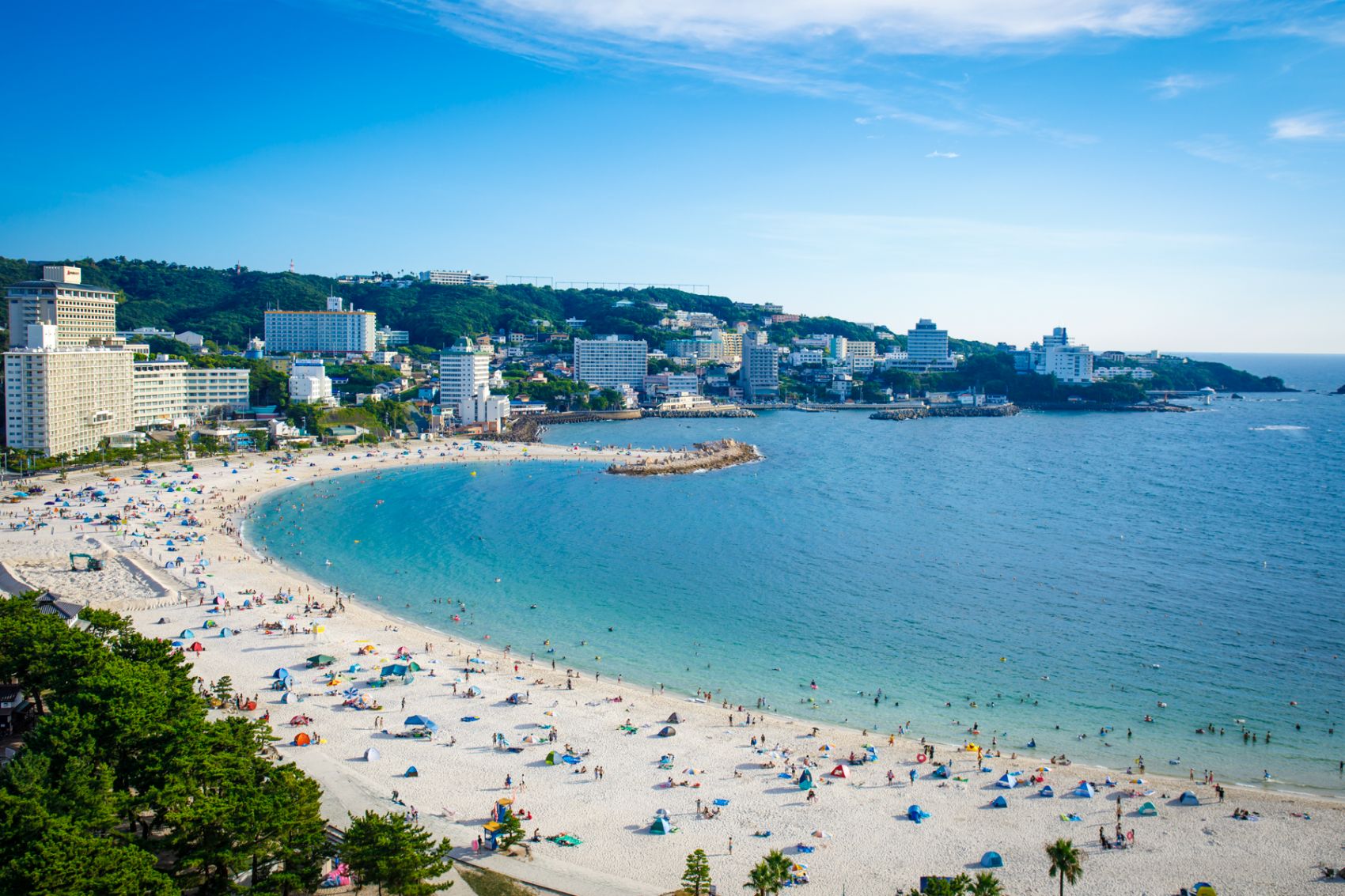 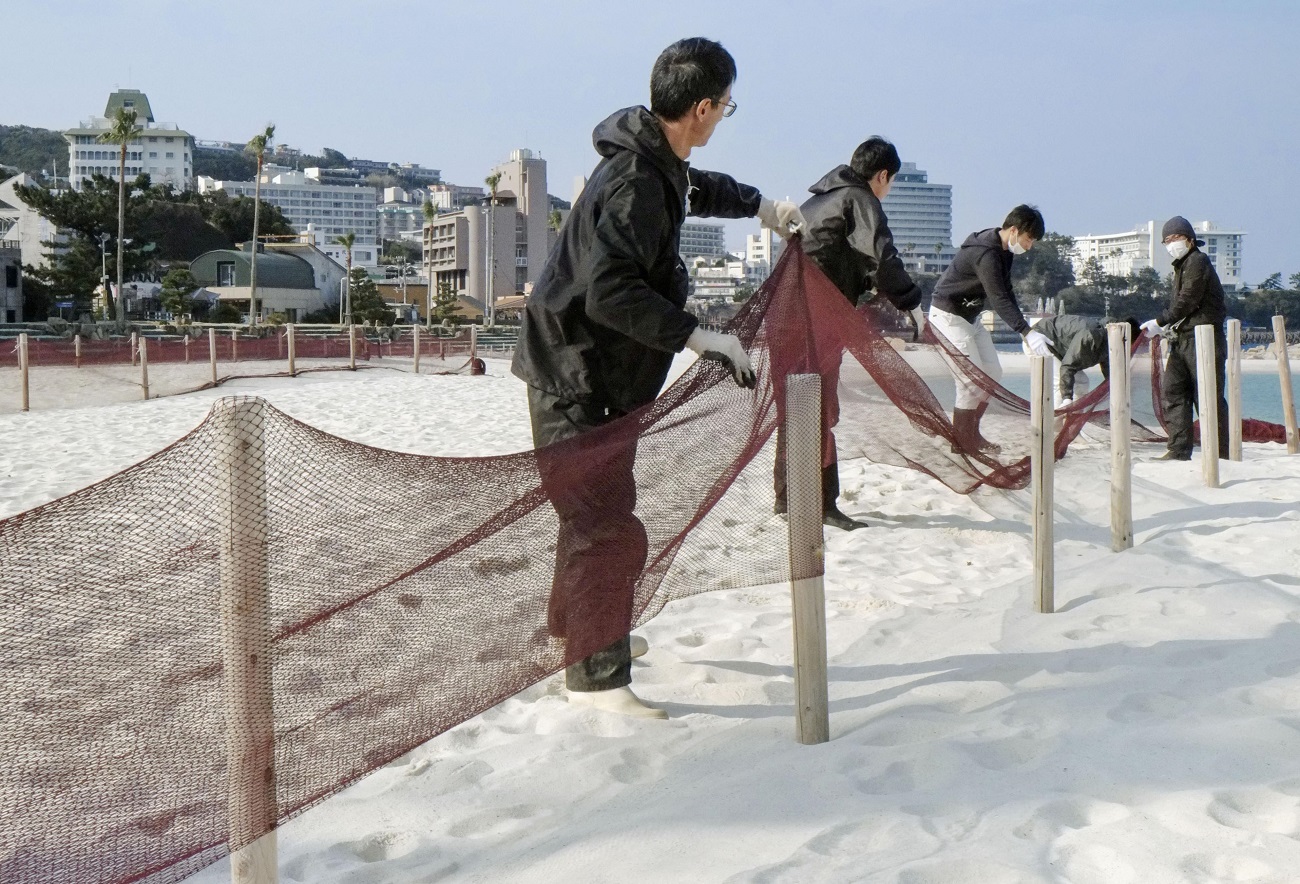 What do you dream when you think of the beach? Is it of the white sands shining like tiny crystals in the summer sun, and the beautiful contrast of the turquoise water?

Sand makes or breaks a beach. And it taps into our imagination — so much so that, in some places around the world, it’s forbidden to take away sand and shells so as to not to destroy the natural environment. One hears of places like the beautiful beaches of Sardinia in Italy, where, if you take away sand, you can be fined up to €3,000 EUR (￥358,000 JPY, or about $3,200 USD). Who knew that people would want to take away handfuls of sand?

Sand is so important to a beach that, in order to preserve it as much as possible, some locations resort to nets to save it from being blown away in the wind. This is the case with Shirahamacho in Wakayama Prefecture, Western Japan.

Shirahama, which literally means “white beach,” as you might have guessed by now, is a famous sandy coast. But it includes rock formations and an onsen, and is a popular resort location.

Had you taken a stroll down the coastline on March 18, you could have witnessed workers taking away the nets, which are put there in November for the winter months. Sometimes the nets, which hold down the bulk of the sand against the strong winds, sink down up to a meter into the sand. But this past winter it seems the weather and winds were rather mild.

Shirahama is known to be the sister beach of Waikiki in Hawaii, boasting 620 meters of perfect white sand, which require about twenty 20-meter long nets. The white sand and spring weather are enough to have us conjure up dreamy images and make us want to pack our bags for a trip to the beach this instant.

A man working on taking off the nets on the beach commented to The Sankei Shimbun, “With the virus, it’s hard to tell people to come to the city, but when things calm down, perhaps!”