‘Fukushima 50’: Film Showcases Those Who Fought on the Front Line During 2011 Disaster 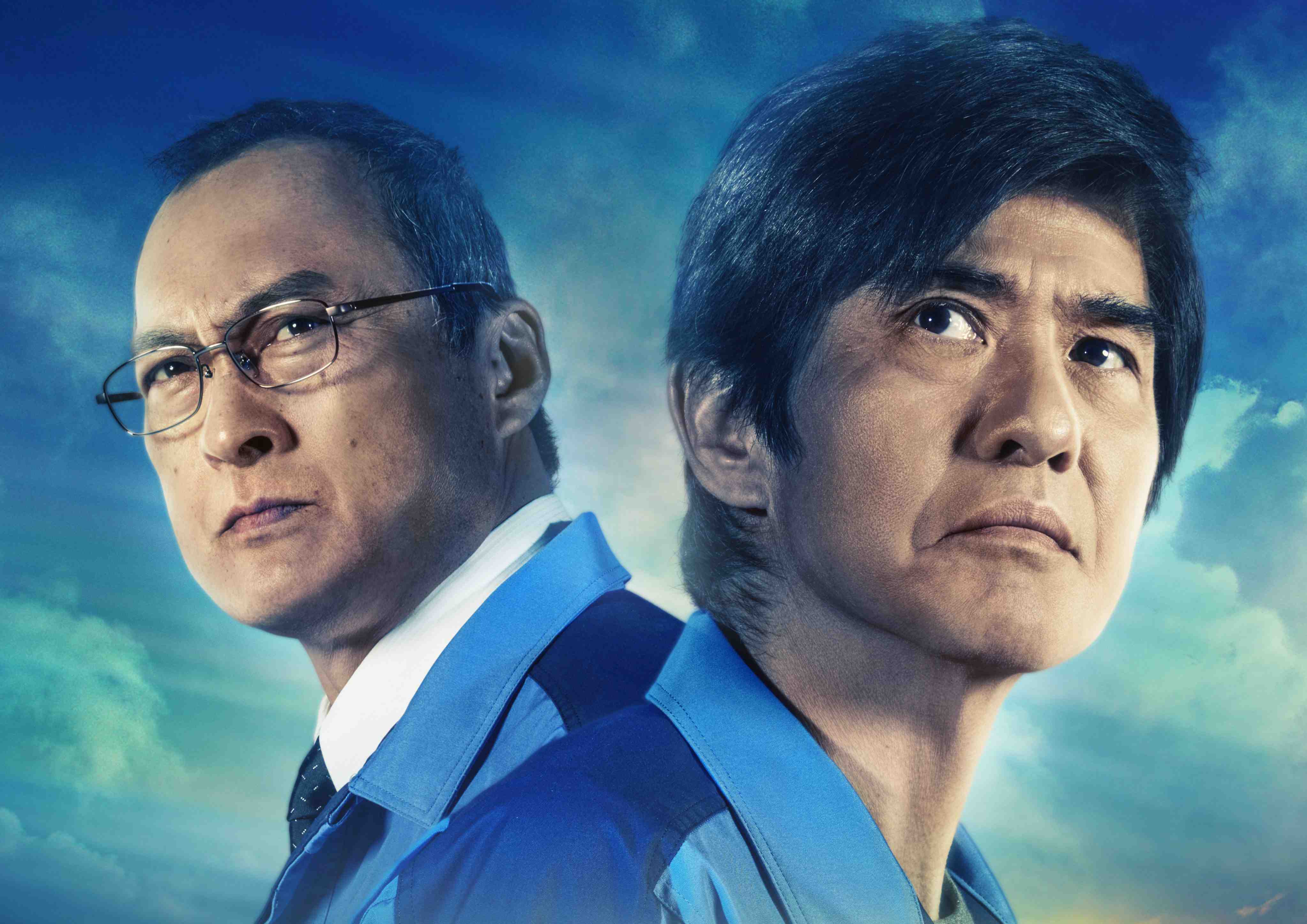 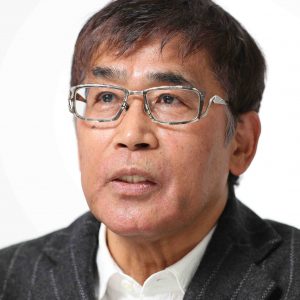 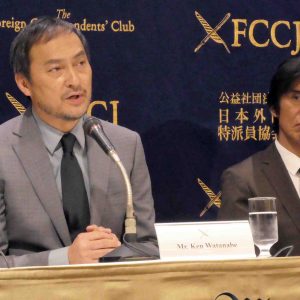 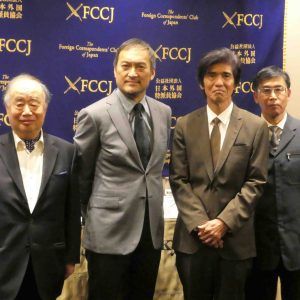 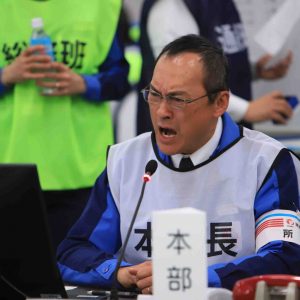 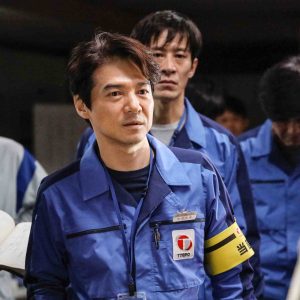 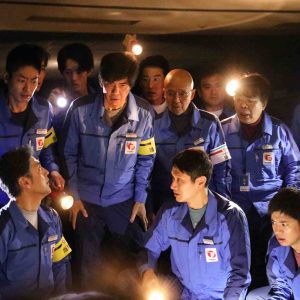 When you become a journalist, among the inspirational maxims you hear is that “news is the first draft of history.”

It certainly is the case with the now-ubiquitous expression, “Fukushima 50.”

The two words were picked up nearly nine years ago by the overseas media to describe the workers who stayed behind in the TEPCO Daiichi Nuclear Power Plant in Fukushima when the March 11, 2011, crisis unfolded. They included TEPCO engineers and technicians, as well as firefighters, soldiers, and staff.

After the magnitude 9.1 earthquake struck, a 10-meter-high “mega-tsunami” hit the Sendai region, engulfing communities along the coast of Northeast Japan up to 10 kilometers inland. The tidal wave caused damage to the generators and a blackout in the nuclear plant, putting the cooling system of the nuclear reactors in jeopardy.

At the time, the Fukushima 50 were among hundreds of TEPCO workers, and represented those who risked their lives by staying behind, working tirelessly to prevent a complete meltdown of the nuclear reactors. They tried to stabilize the damaged reactors by pumping in sea water, among other things, or else risk an explosion the magnitude of which nobody had ever seen before.

Those were critical days in our collective memory. Naoto Kan, Japanese prime minister at the time, confessed in later interviews that he had worried that an explosion might mean having to evacuate the whole of the Tokyo area of 36 million-plus people more than 300 kilometers away.

To commemorate those who stayed behind, the prestigious film company Kadokawa premiered Fukushima 50 in cinemas across Japan last March 6. The film recounts the moments immediately after the earthquake, starting from 2.46 P.M. on March 11.

The disaster itself claimed the lives of more than 18,000 people, including confirmed deaths and those who were never found. There were another 3,700 disaster-related deaths following the disaster, for a total of more than 22,000 people who lost their lives due to the earthquake, tsunami, and their aftermath. More than 300,000 lost their homes, and 40,000 remain displaced to this day.

As Japan recovers, a number of controversial issues continue to be discussed as a consequence of the events in Fukushima, demonstrating the enduring importance of 3.11. Featuring prominently among them are questions about the level of reliance the country should have on nuclear energy, and Japan’s policy towards disaster prevention.

A Film Based on Real-Life Testimonies

Fukushima 50, directed by Setsuro Wakamatsu, starts at the moment the disaster struck, at 2.46 P.M. It follows the story of main characters Toshio Izaki (played by Koichi Sato), the shift supervisor for nuclear reactors 1 and 2, and site superintendent Masao Yoshida (Ken Watanabe), who is also in charge of intermediating with TEPCO headquarters.

Nearly an hour after the quake, Fukushima Daiichi experienced a blackout, leading the electricity-powered cooling systems to fail. Despite initially trying to run the plant on car batteries, the workers eventually risked their lives to get closer to the reactors, working virtually manually to keep the plant from overheating.

The account covers the immediate five days after the disaster. It is both dramatic and full of twists and turns, dealing with each potential catastrophe as it unfolds from a deeply human perspective.

The backbone of the story is an account by writer and journalist Ryusho Kadota, who tracked down and took the testimony of nearly 100 of those present and involved. He summarized his findings in a nonfiction book called On the Brink: The Inside Story of Fukushima Daiichi (Kurodohan, 2012).

The film is loosely based on the book. It is interesting that the characters in the film are based on real-life people, although many had shunned media exposure following March 2011 and did not want their real names to appear in the film.

It’s a tricky business to render a film version of a disaster which still features largely in the collective memory of the devastated community.

In an exclusive interview with The Sankei Shimbun, 70-year-old director Setsuro Wakamatsu explained his reasons for taking up the project.

“When you pick a social issue as a theme, many have reservations. But I found myself thinking that one of the responsibilities of a filmmaker is showing how things really happened,” he said.

In a press conference at the Foreign Correspondents Club of Japan (FCCJ) on March 3, actor Koichi Sato expressed his initial misgivings about trying to film so quickly after the disaster, and then recounted how his opinion changed.

“When they first approached me with this project, I was wary. I thought it might be a little premature to come out with a film about Fukushima…. But, after completing the film, we shared it with audiences in Fukushima. They understood there would be traumatic scenes, but they stayed until the end and thanked [director] Wakamatsu for making it,” the actor said.

Sato concluded with a point on the timeliness of the project: “I went from thinking the film was premature to thinking that we’d made it just in time. It’s necessary for painful memories to fade so that people can move forward. But you don’t want the memories to fade completely. Fukushima 50 creates an opportunity for us to reflect on the accident, and, in that sense, the timing is just right.”

The film attempts to be as faithful as possible to reality. Director Wakamatsu explained how he wanted to show the physical conditions at the time and give the audience a sense of what it must have meant to be on the front line. The real men of Fukushima 50 wore suits and gas masks, and there was no running water and little food, in that setting.

“I really wanted to film when it was cold, and capture the beards of the actors getting longer, their faces becoming dirtier, and the sheer tiredness of the conditions. It’s what I intended, and it was amazing,” the director said.

On the acting side, there were also questions on how to portray the characters. Watanabe, who portrays Mr. Yoshida, opened up at the March 3 press conference about how he tried to portray the role, with the added difficulty that this was the only character identified by his real name.

“Mr. Yoshida...was heavily covered by the media during and after 3/11, so I think that a lot of people remember seeing him. I knew it would be futile to simply mimic him, so I researched his background, his education, his career. The most helpful thing for me was hearing from people who worked with him. They talked about how he responded to the accident, especially how he negotiated with the people at TEPCO, in the government, and how he tried to defuse the tension in the control center,” Watanabe said.

What Lessons Should We Draw from 3.11?

There are many lessons to be learned from the triple disaster. Which one to pick and how to depict it is a controversial topic in itself.

In the interview, Wakamatsu ultimately voiced the sense that, although the film stems from a disaster, the point of the story is the sacrifice of those who stayed behind.

“I think seeing the footage [of the earthquake] must be hard for the people of Fukushima, and must cause some painful flashbacks. But the focus is on the human drama of those workers who overcame that painful moment. In that event we can see their values as Japanese, self sacrifice, and the pride of the engineers who stayed behind,” he said.

Tsuguhiko Kadokawa, chairman of the film’s production company Kadokawa Daiei Studio, explained at the March 3 FCCJ press conference how they chose to portray the story.

“I’d wanted to make a film based on the events of March 11 early on…but it was difficult. Then I read On the Brink, and it pulled me back on track. We are approaching the Recovery Olympic and Paralympic Games this year, and I wanted to complete it in time for that,” the producer said.

The choice of which account to use for the film also was not straightforward. For example, Yoshida himself left behind a memoir.

Kadokawa elaborated on the company’s ultimate selection: “It wasn’t until I read Mr. Kadota’s book that I realized there was a way we could actually tell the story…. When you’re grappling with a theme like this, you have 100 people involved in the project and 100 different opinions. All we could do was stay true to the facts.”

Kadokawa added: “The core message of Fukushima 50 is that we cannot conquer nature. As Mr. Watanabe’s character says in the film, human ego has made us disrespect nature. If the audience can take that message away with them, I would be very happy.”

Many issues that arose out of the Fukushima incident remain topics of debate in the government today, such as Japan’s reliance on coal, revival of the Northeast part of Japan, and the legacy of disaster prevention in general.

In the March 3 press conference, Ken Watanabe discussed how the debate on Fukushima was key in understanding such times.

“When we’re in the throes of a national crisis like this,” Watanabe told the audience, “I think films, or at least this film, can give us an opportunity to reflect on ourselves, to reflect about the choices we’re making, and which direction we should be heading. I hope Fukushima 50 will provide an important opportunity to step forward into the future.”

Watanabe and Sato both expressed their hope that this film could be a start for Fukushima’s recovery, while remembering with pain and regret could also become a symbol for peace and a step in the future.

Watanabe said: “I have a lot of friends living overseas, and I have the sense that the word ‘Fukushima’ has a very negative connotation. When we hear ‘Fukushima,’ it’s all about how Japan is still trying to come to grips with 3/11. We experienced Hiroshima and Nagasaki seven decades ago, and we’ve finally reached a point at which ‘Hiroshima’ and ‘Nagasaki’ have become words that prompt us to think about nuclear arms. They’ve become symbols of peace. In the same way, I hope that ‘Fukushima’ will prompt us to think about nuclear power, and that someday, the word has a positive connotation.”