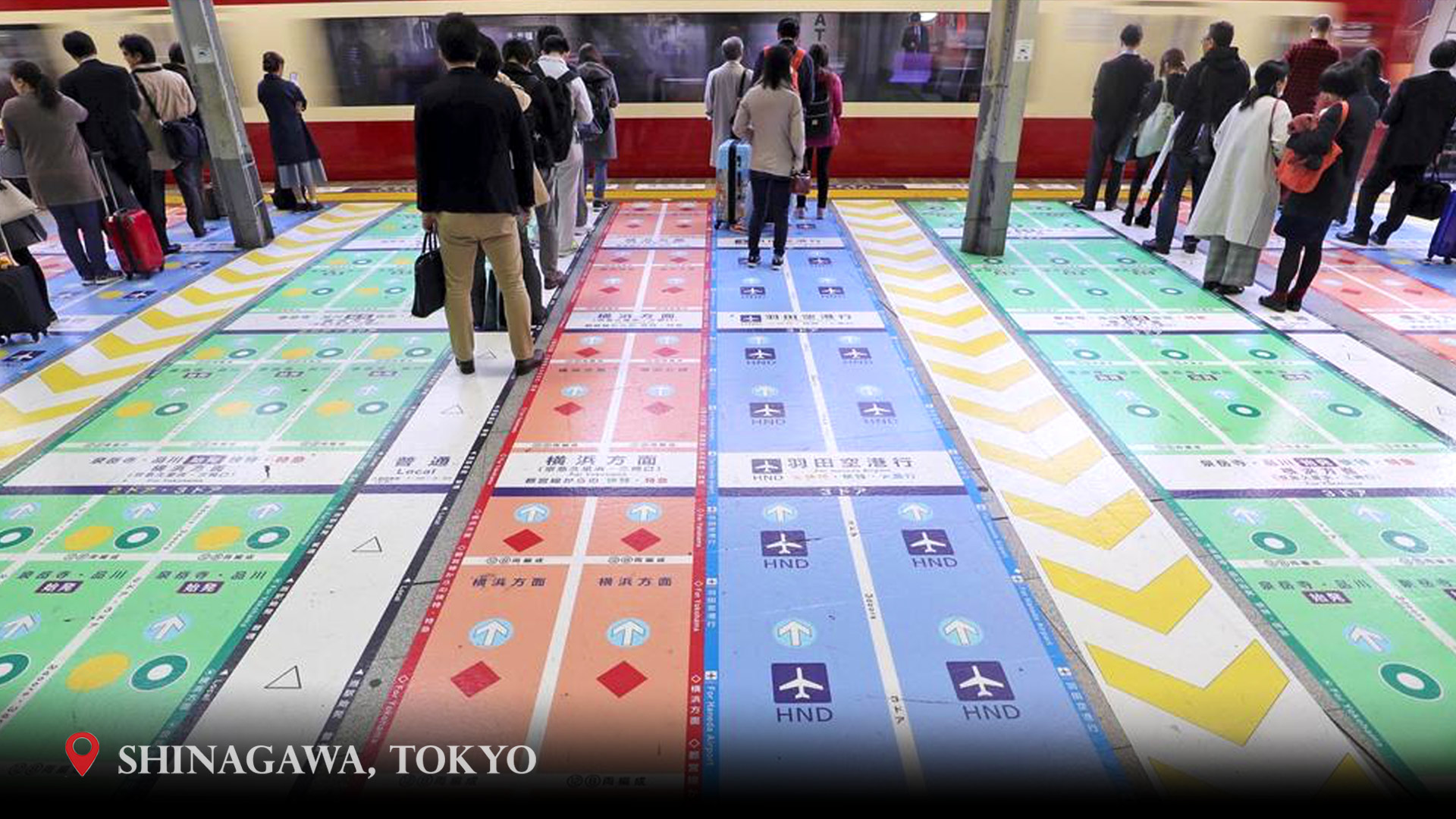 The neighborhood of Shinagawa, with its high-rise buildings, is a vibrant heart of business in Tokyo. Large groups of salarymen in black suits seemingly rushing here and there are a center of interest you find while walking down the streets.

As you follow the march of people going back to the station, though, you will be greeted by colorful floors at the train platform. This isn’t just aesthetics. There are four different colored lines: blue is an express to Haneda International Airport; red and green are towards Yokohama, and white is the local train.

This clever design was introduced last April—and it’s an ingenious way of making sure that tourists heading to the airport with bulky luggage can form one line without slowing down the flow of commuters rushing in and out of Shinagawa.

According to a study by real estate company SUUMO in 2017, this station is one of the most frequented in Tokyo—and the JR Tokaido Line can reach 189% capacity during the morning rush.

It is in this context that the queuing system was developed. What seems like a complicated system is made simpler by color coding, together with period public announcements explaining where to queue for what train.

Every commuter has internally wished that the lost tourist would have another lane. Is Japan onto something here?