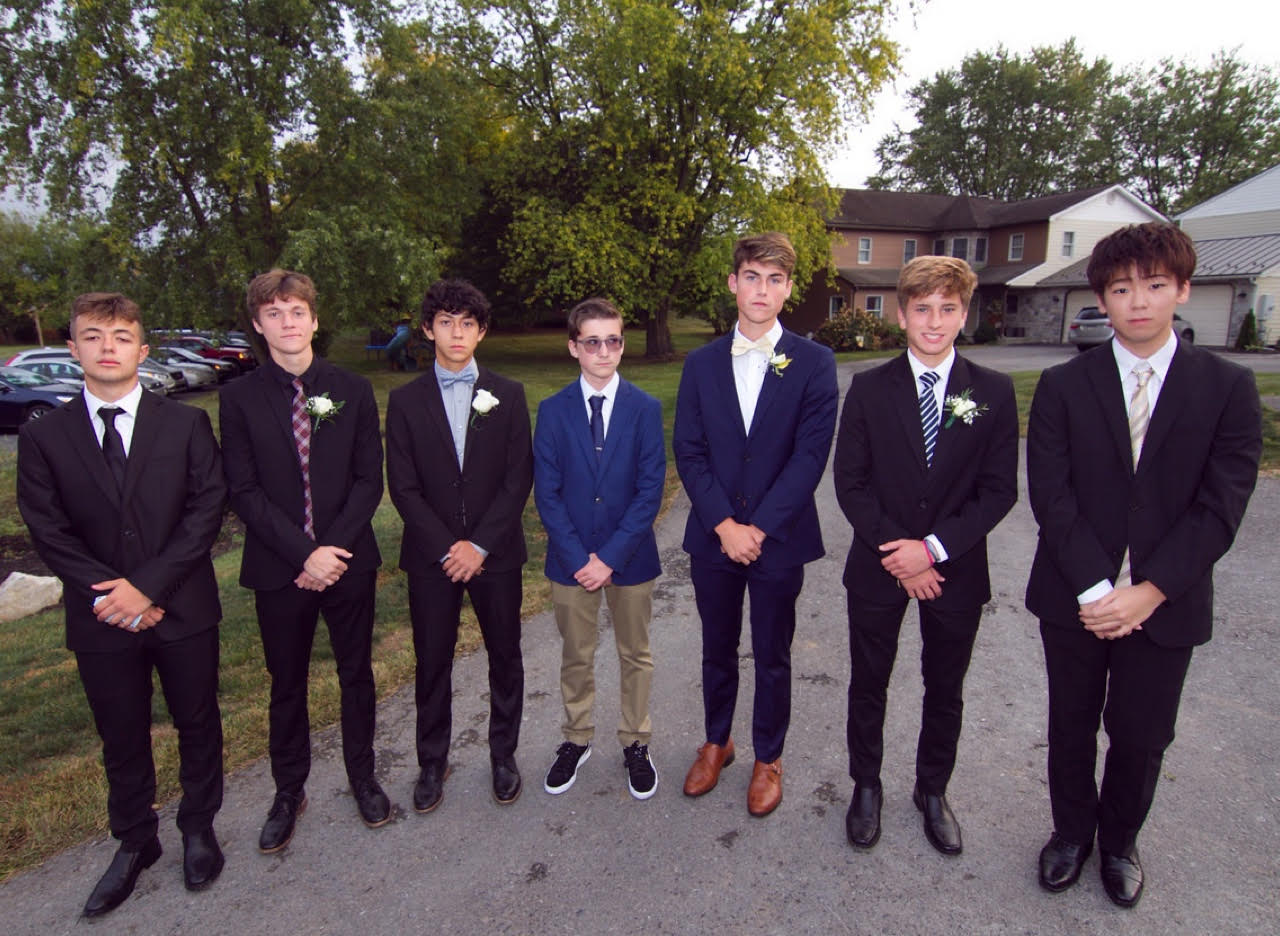 What is it actually like to be an international student in the United States during this time of challenge? To keep it simple, I would describe it as tough.

Once the pandemic hit the world, my academic endeavors were suddenly shut down. Most schools have shut down and decided to go online for their entire school year. Being a student in 2020 has been a very limiting experience because of this pandemic. At the same time,  my view of 2020 was enlightened when I received this invitation.

In this midst of chaos, I was granted an opportunity to be inducted to an organization that goes by the name, NHS, the National Honors Society. So, what is NHS?

The National Honors Society was initiated in the United States in 1921 and the members consist mainly of high school students who have achieved high academic standards. The organization’s emphasis on scholarship, service, leadership, and character provide the main criteria of selection. Invitations are sent to numerous students across the United States who are in 11th or 12th grade and meet these requirements. Then students are invited to apply for the final selection, and if confirmed they are inducted into the NHS.

After being inducted, students must continue to maintain these high academic standards and be an exemplary figure in their school. In the NHS, the members are expected to serve regularly in their communities in ways such as volunteering at various events. They are obligated to display leadership and charitable characteristics during their service in the NHS.

I was surprised to be one of those among my fellow classmates who received an invitation since my class is highly competitive when it comes to academics. I was inducted as a new member in the 11th grade, and will keep this status until I graduate in 2022.

According to the judges, my academic achievements along with some past leadership and volunteering circumstances were considered in their deliberations. I did not understand the achievement this represents until I saw my classmates and the faculty commending me for getting in the NHS. At that moment, I realized membership in the NHS was more significant than I had thought.


What It’s Like to be a Japanese Student in America

Aside from belonging to the NHS, what is life as a student in America like? Well, as you can imagine, it is a lot different from going to school in Japan.

My school is in the state of Pennsylvania in a township that is about 30 minutes away from the state capital of Harrisburg. Originally, I was attending an international school in Japan to further my knowledge of English. But my family saw that education in Japan would be inadequate if I wanted to seriously improve at every skill. That is the brief overview of why I ended up studying in America.

While living abroad, I typically stay with a host family for the entire school year. My family and others like them are provided via the school administration, and the families usually switch around every year.

Outside of this norm, I was extremely fortunate to be picked up by a host family that is passionate about my education and future. They have agreed to look after me for my entire high school career, which is 4 years in America. The host family is nothing different from my actual family in a way. They have been great with their hospitality and guidance in school, which has undoubtedly helped me to get this far in an American school.

Despite having a wonderful host family, I still grew home sick one year because I was not being able to meet my actual family in person. Studying abroad comes at a price, both financially and emotionally. My family is responsible for all the fees incurred in the process of studying abroad, and the mental stress that happens from not being together stacks on top of that. American high schools typically do not offer a lot of scholarships or financial aid, and therefore high school in America could seem intimidating. Paying for tuition is either done by the student’s family, through loans or direct payment, either yearly or monthly.

Now onto the actual school life. If you consider Japanese system of education to be formal, the American system is quite informal in a positive way.

There is no single teacher who is assigned a certain grade and responsible for their entire curriculum for their school year. Instead, certain teachers are assigned a specific subject, and students from various grades will learn under that teacher.

What the curriculum offers is significantly different from schools in Japan, too. For example, high school math follows a different pattern. In language classes, students are taught to develop their opinion instead going over how to answer certain types of problems. The classroom environment is also significantly differentーand more casual, compared to the formal style in Japan.

People that you could meet in America are very interesting because they share a different sense of humor and have different personalities. I enjoy being around American people because they never let me down when it comes to jokes.

Not everything is great in American schools though. Japanese products are rare for these American foreigners, and other students usually show a great interest in the items that I bring. One great example is stationery products.

I have had trouble keeping all my stationery products to the end of the year, and on average around three to four mechanical pencils have been stolen. While the behavior surprised me, it was a minor issue because the items could always be replaced.

The stereotypes and prejudices have impacted me more. The usual prejudice I struggle to argue against goes something like, “All Asians are rich. They are all smart because they are Asians.” These are frequently stated judgments, and I still have no counterargument to it without being offensive to the person who asked. Recently, I was hit by careless chatter that I overheard at school when a certain student associated me with the COVID-19 outbreak.

I realize that there will always be prejudices, no matter the situation. What matters is how we deal with it. Personally, I choose not to argue back. Instead I work harder to prove that we are no different from each other, and try to demonstrate that what they claim is simply an excuse for not working hard to achieve their own goals.

There are more interesting experiences, but I will stop here because the list will quite literally go on forever. Despite the challenges, I believe most Japanese people would enjoy being in such a different environment with different sorts of people.

Personal Thoughts of Being an International Student

I understand that being able to study abroad, especially in the United States, is not an opportunity that every student in Japan gets to experience. As a Japanese student, I wish to represent myself and my homeland as well as I can to the American people. Although I will be considered international, I will not lose my identity as a proud Japanese citizen that is simply learning in another country.

I have faced numerous instances where Americans have certain prejudicesーpositive or negativeーabout Japan and her residents. Although my main objective is to study, I believe that it is my responsibility to represent my nation correctly and with pride so that we can come to a better understanding of each other.

I dream of attending college in the United States to absorb as much knowledge as possible, and hopefully work in the U.S. as well. I truly believe that the United States is still the land of infinite opportunities and where personal ability will be emphasized, unlike the “black companies” that are becoming a major issue for the current generation of Japanese workers. By continuing my endeavors in America, I strongly dream of becoming a bridge that connects Japan and America, as small as it may be.

Although it may seem intimidating, I would 10/10 recommend everyone to visit the United States at least once, whether for sightseeing or studying abroad. The experience that is gained through the trip is unforgettable. It will be an experience that always benefits your life, once and for ever.

As globalization rapidly takes place, I believe it is about time that we widen our perspective and represent our nation, not just internally but externally.