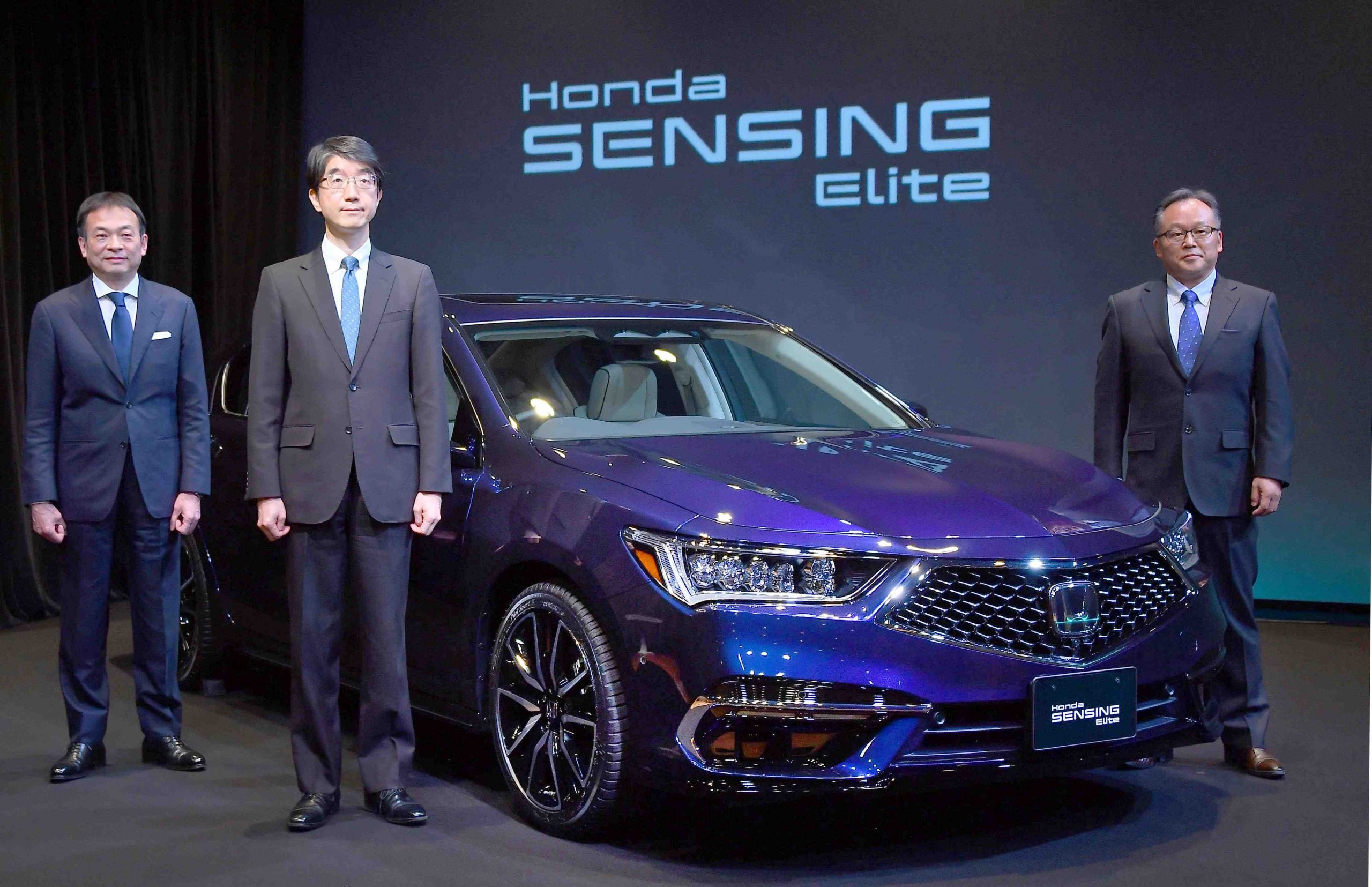 The company hopes that the cutting edge technology of the level-3 autonomous vehicle will enhance its presence in the auto world. Honda is promoting the Legend’s capability of booting up its self-driving system when the vehicle is in congested traffic on an expressway.

Overseas rivals are also wrestling with programs for upgrading autonomous driving technologies, and the competition is becoming increasingly fierce.

Honda is aware of the urgent need to accelerate its electric vehicle (EV) development, which has fallen behind overseas competitors. Of key significance to Honda’s survival will be its success or failure in establishing the image of “Honda worthiness.” It is a new goal that Toshihiro Mibe, the company’s executive managing director, has called for. Mibe is to be promoted to the position of the company’s president in April.

Honda has made a series of decisions on closure and consolidation of manufacturing plants at home and abroad under the leadership of current present Takahiro Hachigo, with the aim of resuscitating sapped profitability of the firm’s automobile business. This follows the failure of the expansion strategy pursued by former president Takanobu Ito, who is currently a senior adviser to the company.

Meanwhile, Honda has been investing ample resources in research and development, including next-generation technologies, increasing the budget for three years straight from March 2018. The R&D expenditures in March 2020 stood at ¥821.4 billion ($7.58 billion USD), a 23% rise from March 2015, before Hachigo took over as company president.

In April 2020, Honda released its humanoid robot “ASIMO” and reorganized its research and development subsidiary, headed by Mr. Mibe. Product development for leading-edge automobile technologies was brought under the direct supervision of the Honda head office.

Pride in the Safety of the New Legend

The launch of the Legend with the level-3 functions for control of acceleration, braking, and steering is a major achievement of these organizational reforms.

When it comes to a comparison of Honda with rival firms, Yoichi Sugimoto, executive chief engineer of Honda’s R&D Company, likens Honda to the tortoise in Aesop’s Fables, and competing companies to the hare.

“Honda has a corporate culture focused on safety with sincere and straightforward honesty. As a consequence, we have been able to overtake the hare,” he notes with confidence.

Kimiyoshi Teratani, an executive officer of Honda, echoes that pride, saying, “It is of great significance for us to be able to demonstrate the superior level of our technologies, which elevate the value of our brand.”

Be that as it may, Honda cannot be complacent. Mercedes-Benz of Germany is scheduled to release level-3 capable vehicles later in 2021. Moreover, Ford Motor Co. of the United States plans to bring its level-4 autonomous driving technology vehicles — capable of all driving tasks without human intervention within a limited area — onto the market by the end of 2021. China is also keen to put its autonomous driving technology to practical use by 2025.

Honda’s major challenges under Mibe’s presidency will be vehicle electrification, along with autonomous driving technology. Honda has set the goal of making electric cars account for two thirds of its four-wheeled vehicle sales by 2030, but envisions that most of the vehicles would be hybrid (HV) gas-and-electric-powered cars. However, the shift to EVs by China, the U.S., and European carmakers puts Honda at risk of being left behind by the global competition.