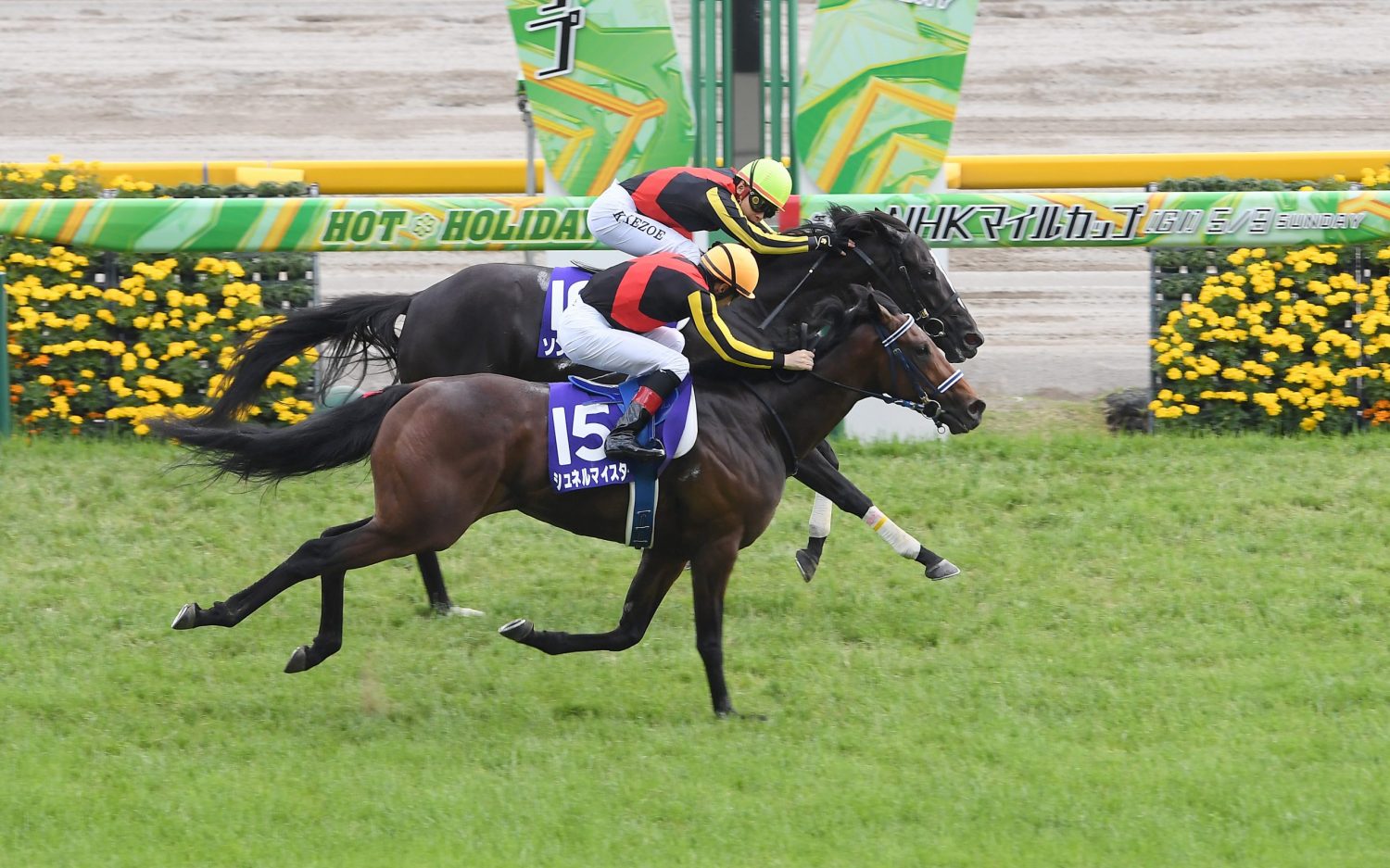 Pick a sport, any sport, and a veteran observer of the proceedings will tell you that “it’s a game of inches.”

The 2021 NHK Mile Cup provided a vivid example of that time-honored axiom at the finish line. Schnell Meister pipped Songline by a nose in the featured race at Tokyo Racecourse on Sunday, May 9.

A few minutes passed after the race concluded before the winner was officially announced. Racetrack officials examined the video closely before confirming the winner. (Watch the race replay here.)

Second favorite Schnell Meister, ridden by French jockey Christophe Lemaire, is the first German-bred thoroughbred to win the NHK Mile Cup, a Grade I race held annually since 1996. They completed the 1,600-meter race in 1 minute, 31.6 seconds. There were no fans in attendance due to current COVID-19 restrictions in place at JRA racetracks.

For Lemaire, it was his second NHK Mile Cup win. He teamed up with Major Emblem to win the marquee race for 3-year-olds in 2016. Schnell Meister’s trainer, Takahisa Tezuka, earned his seventh Japan Racing Association G1 win. He collected victory No. 6 at the 2020 Tenno Sho (Spring), with Fierement producing the desired result.

Rickenbacker, who had the fastest pace over the final 600 meters, took fourth and Lord Max rounded out the top five.

Italian jockey Mirco Demuro, who entered the race as the two-time defending champion, rode Time to Heaven to a sixth-place finish. In 2019, Admire Mars was the winner. A year later, Lauda Sion was the victorious equine.

“He jumped out of the gate well but I didn’t want to pressure him too much in the early stages but while sitting in mid-field, we still had to put in some effort to keep with the rapid pace,” Lemaire said of Schnell Meister. “He took some time to get into gear but eventually got into a good rhythm and responded strongly in the critical stages. We were able to follow Songline into the homestretch for the attack and had just that little more when Songline started to lean near the finish.”

In his assessment of Schnell Meister’s potential, Lemaire acknowledged that the NHK Mile Cup demonstrated his ability to perform well in big races.

Lemaire expects big things from the German-bred thoroughbred in the future.

“There is still a lot of greenness in Schnell Meister and he has a lot of room for improvement,” Lemaire commented. “But once he’s established himself physically, he should be able to handle the best at the G1 level.”

Then it was a spirited battle as horses jockeyed for position.

With around 400 meters left, it appeared that Schnell Meister would be one to watch the rest of the race. Gallop after gallop, the colt inched closer to the front of the pack, with seven horses looking to be in contention for the top three spots at that point.

Over the final 100 meters of the tight race, Schnell Meister hit his stride with superb closing speed to win by the narrowest of margins, lunging toward the finish from the outside.

Songline, meanwhile, slowed down just a bit over the final stretch. And it proved to be pivotal for Schnell Meister at the race’s conclusion.