Will Japan’s Extended State of Emergency Work For or Against the Tokyo Olympics? 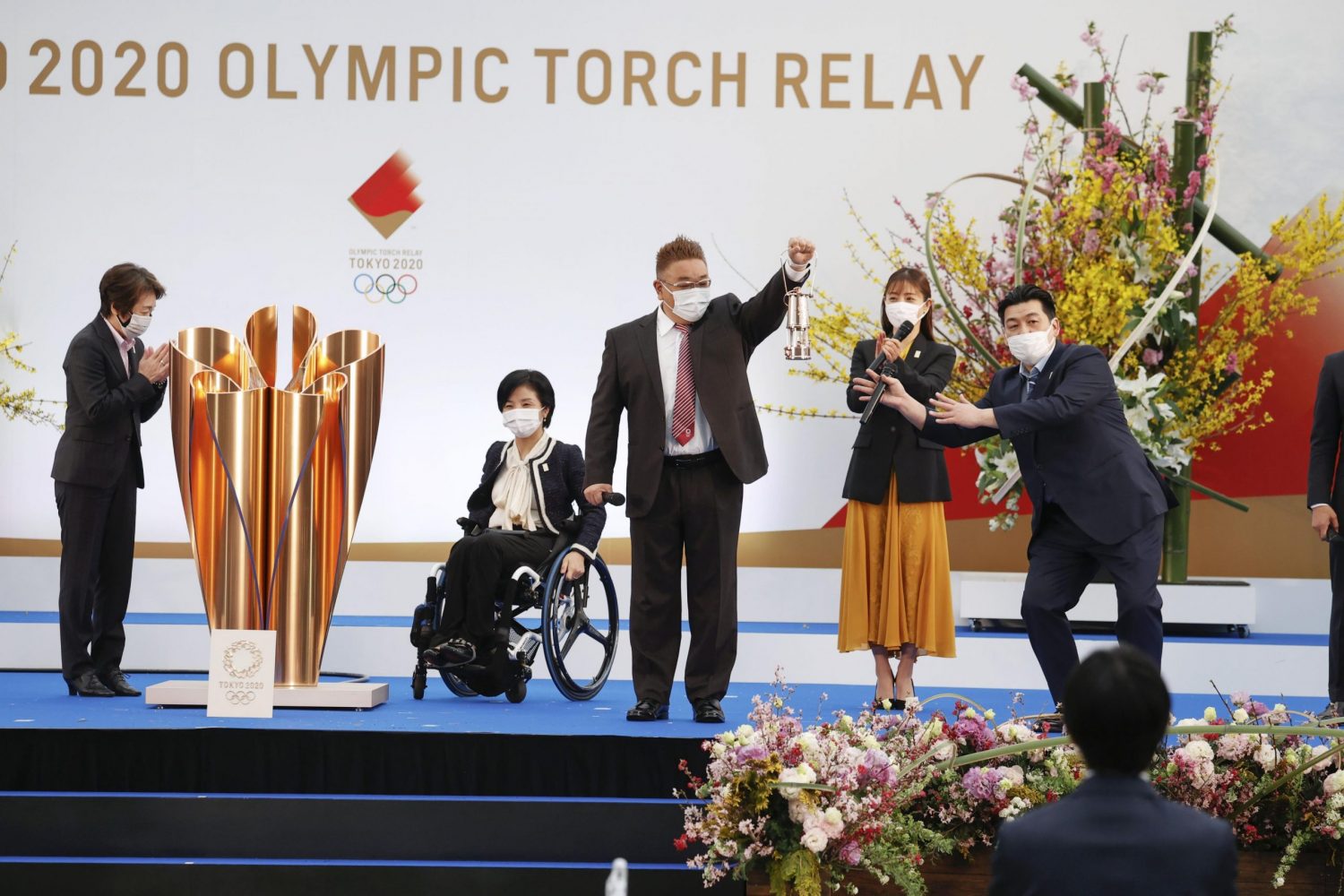 Start of the 2020 Olympics Torch Relay in Fukushima, when there was hope that the Olympics would beat COVID-19.

On March 25, the Olympic torch relay began at J-Village in Naraha and Hirono in Fukushima Prefecture. It was a symbol of reconstruction, marking 10 years since the Great East Japan Earthquake and the disaster at the Fukushima Daiichi Nuclear Power Plant run by Tokyo Electric Power Company (Tepco).

The first runners of the relay were members of Nadeshiko Japan, the winning team of the Women’s World Cup in 2011, the year the earthquake happened.

The original theme of the Tokyo Olympics was “Reconstruction Olympics,” which is why Fukushima was chosen as the starting point of the relay. The intention was to show the world that Fukushima had recovered from the disaster and to express gratitude for all the support it had received.

But the Games took on a whole new meaning when the COVID-19 pandemic hit. The Tokyo Olympics was turned into a sign of humanity’s victory over the coronavirus.

At the departure ceremony of the torch relay, Tamayo Marukawa, Minister for the Tokyo Olympics and Paralympics, said, “As the thoughts of each person are brought together and carried by the flame, enthusiasm for the Olympic Games will gradually rise among the Japanese people.”

However, the pandemic has continued to pour cold water on such sentiment.

During the Nagoya leg of the relay on April 5, the crowd became so dense that people couldn’t move in some locations. In Osaka Prefecture, the relay was canceled altogether on public roads, and the venue was changed to a circular course set up in the Expo ’70 Commemorative Park in Suita City.

Only the torch lighting ceremony could be held in Matsuyama City on April 21. The running of the relay along public roads that had started in the midst of the pandemic was halted on April 28.

Confusion surrounding the Tokyo Olympics had started well before the pandemic. In 2015, the official Olympic emblem had to be abandoned because it was said to resemble the logo of a Belgian theater. The construction plans for the National Stadium, the main venue of the Games, also had to be scrapped, and the structure was redesigned from scratch after encountering major problems.

The Tokyo Olympics was supposed to be the “most compact Olympics ever,” but costs have ballooned to a total of ￥1.644 trillion JPY (about $15 billion USD). Ironically, it is now expected to become the most expensive event in the history of the Olympics.

Sexist remarks by former Tokyo Olympics chief Yoshiro Mori put another lid on any enthusiasm, drawing intense criticism for violating the Olympic Charter, which stipulates that the Olympic Games shall be held without discrimination of any kind.

Sportswriter Masayuki Tamaki explained: “The original purpose of the Olympics was to establish a sports industry in Japan. The domestic market has been expanding since Japan won the Olympics bid, so, in a way, the goal of hosting the Olympics has already been achieved.”

The agency added that, even though the pandemic caused a drop in tourist numbers, there was a rise in popularity in sports tourism and sports events up to 2019.

Tamaki pointed out: “A foothold has been gained for physical education, general sports, and professional sports to take root as part of the culture. The Tokyo Olympics is merely an after-party, so to speak. There is no need to risk holding the Olympics in the middle of the pandemic.”

International Olympic Committee (IOC) president Thomas Bach, who had been scheduled to visit Japan on May 17,* commented on Tokyo’s declaration of its third state of emergency: “We understand that this would be a proactive measure for the ‘Golden Week’ holiday with which the government is aiming to prevent the spread of infection.”

He added that the declaration was “not related to the Olympic Games.”

But Bach’s attempt to downplay the impact of the pandemic on the Olympics resulted in a public backlash.

In his New Year message, Bach insisted that the Tokyo Olympics would be “a light at the end of the tunnel.”

But will that light ever come through? And, if it does, what kind of future will it illuminate?

The Tokyo Olympics are set to begin on July 23.

*Note: Tokyo 2020 president Seiko Hashimoto signaled on Friday, May 7, that Bach’s visit to Japan would be “difficult” with coronavirus cases showing no signs of abating. The third state of emergency has since been extended to the end of May 2021.

(Read the original Sankei Shimbun report in Japanese at this link.)