Christophe Lemaire Fulfills Dream of Competing at the Kentucky Derby

Titleholder Overwhelms the Field in the 165th Tenno Sho 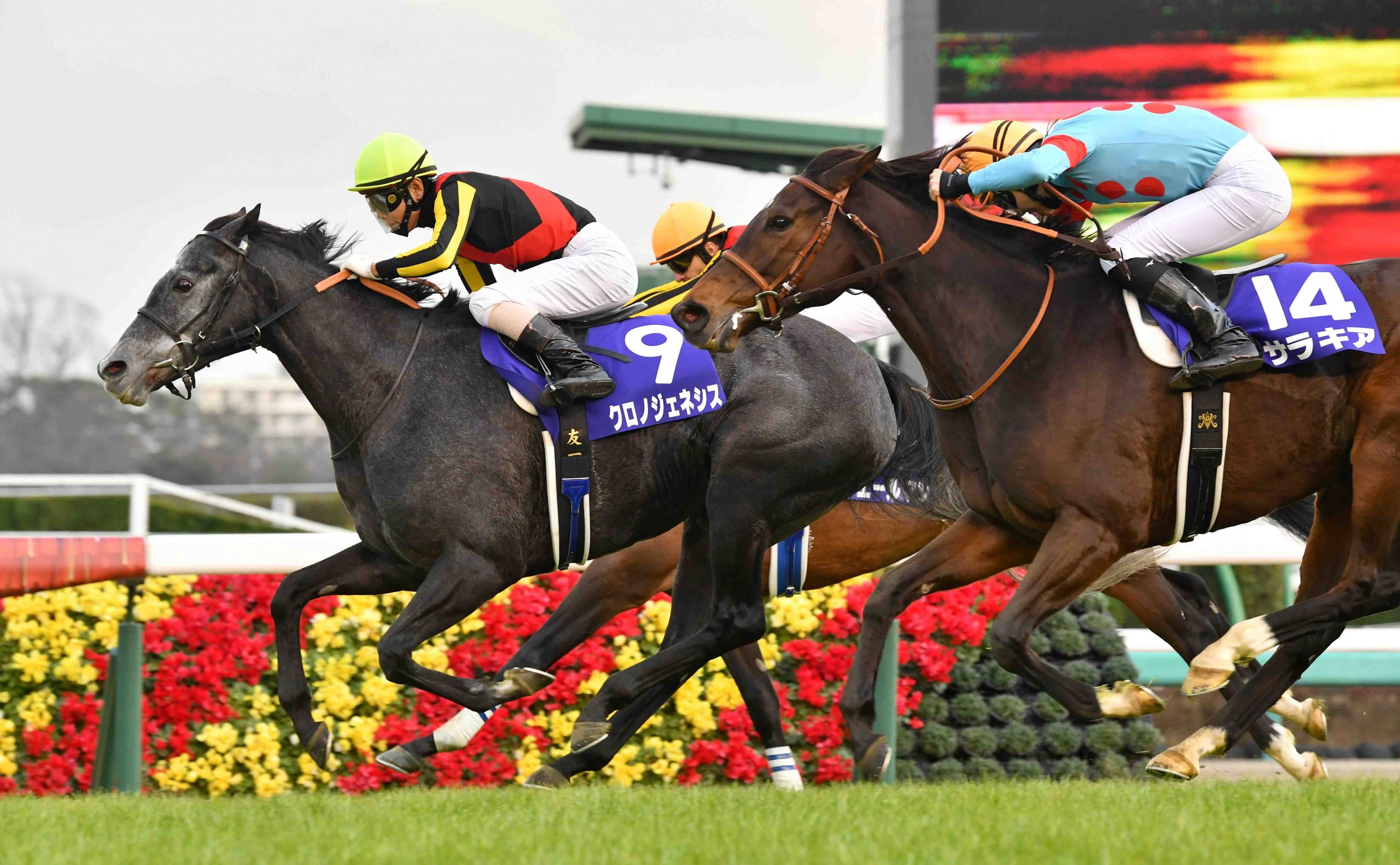 Chrono Genesis collected her third Grade I victory on Sunday, December 27 in dramatic fashion, galloping to the finish and winning by the length of a neck over Salacia in the 65th Arima Kinen at Nakayama Racecourse.

In the final marquee event of the Japan Racing Association season in Funabashi, Chiba Prefecture, the Takashi Saito-trained filly, ridden by Yuichi Kitamura, utilized excellent closing speed to fend off Salacia’s challenge in the 2,500-meter race.

The sage expression “it doesn’t matter how you start but how you finish” seems to be a precise description of what Kitamura and Chrono Genesis accomplished in the day’s 11th race, which featured 16 horses. Watch the race here.

Chrono Genesis didn’t burst past the pack, didn’t dictate the pace and didn’t establish a commanding lead in the early going.

Instead, Kitamura surveyed the field and kept his mount toward the back of the pack for more than half the race.

This strategy enabled Chrono Genesis to preserve energy and then go all-out when the stakes were high.

Shifting toward the outside of the turf track with space to operate, Kitamura and the gray filly then mounted a run for the title with around 1,000 meters remaining. Speed was the name of the game, and Chrono Genesis began operating more briskly, moving past several horses along the way. It was a textbook example of smart racing.

This produced the intended results as Chrono Genesis emerged as a serious contender along with Salacia, ridden by Kohei Matsuyama, and Fierement, whose jockey Christophe Lemaire had steered Almond Eye to all eight of her G1 wins, including the Japan Cup on November 29, the final race of her career.

Entering the final stretch, Chrono Genesis had moved up to third place. Then, with about 100 meters left, Chrono Genesis matched Fierement for the lead before Salacia surged into second place at the finish line.

Chrono Genesis had just enough time and space to hold off Salacia, with Fierement placing third, a neck behind the runner-up. Lucky Lilac and World Premier rounded out the top-five finish. The early pace-setter, Babbitt, placed 13th.

For the first time in the event’s history, the top two finishers were fillies.

Kitamura said Chrono Genesis entered the race in a good frame of mind.

“All I wanted was her to be relaxed and her break wasn’t that bad, she was in hand and ran in the same rhythm as before,” Kitamura told reporters, citing his strategy for Chrono Genesis. “Yesterday and today, I was in 2,500-meter races here at Nakayama, which enabled me to get warmed up with a good idea of how I wanted her to run.”

In the glow of victory, Saito called it “a dream come true.” He added that “I have a feeling there will be many more” for Chrono Genesis.

Unlike a typical horse race in which owners and trainers determine which of their horses will compete, the Arima Kinen involves fan balloting to come up with most of the names on the list of competitors.

“The Arima Kinen was designed to be a season-end Grand Prix, in which the runners are selected by fan poll—an ‘All-Star’ event in Japanese racing,” a JRA press release explained.

“This year, the fans could only cast their votes online to select the 10 most popular runners, as the voting at JRA racecourses and off-track betting sites was canceled due to COVID-19. Among the horses entered in the race, 10 runners with the most votes are entitled to run in the race while the rest of the field is determined in order of earnings.”

Chrono Genesis was the fans’ first choice out of the 214,742 ballots that were cast.

Past Success for Chrono Genesis

Previously, the 4-year-old had collected Grade I wins in the 2019 Shuka Sho and this year’s Takarazuka Kinen on June 28.

On November 1, Chrono Genesis finished third in the Tenno Sho (Autumn), behind Almond Eye and Fierement.