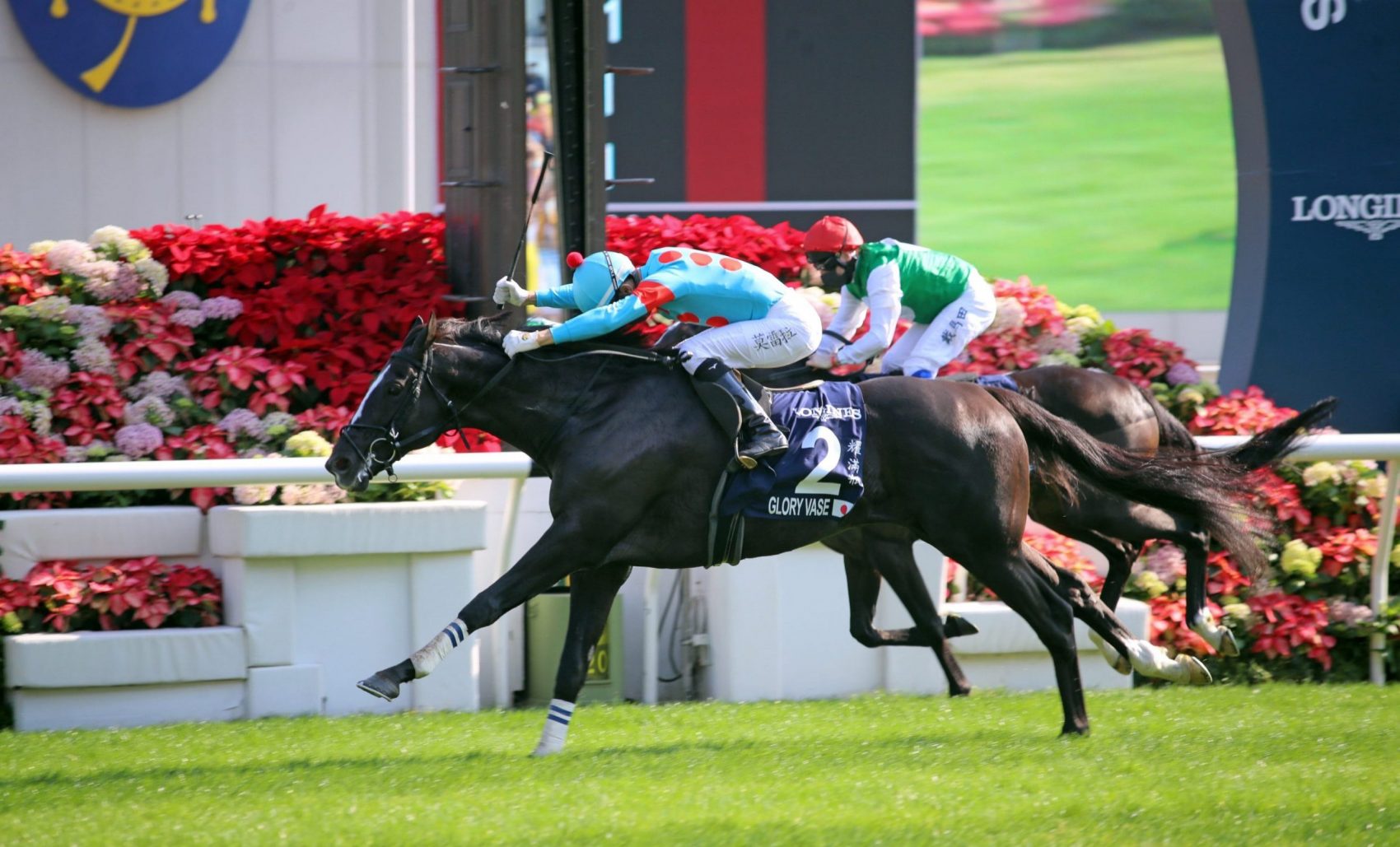 Two years after completing the Hong Kong Vase in record time, Japanese thoroughbred Glory Vase was back in the spotlight at Sha Tin Racecourse.

For Glory Vase, how did the race materialize?

“I had a smooth run, going to the fence and saving ground,” Moreira told reporters. “I just made sure I got into the clear and I know he’s a very strong horse at the finish and there was not a fight.

“He has proven to be the best horse today.”

More International Glory for Loves Only You

Yuga Kawada and Loves Only You, who teamed up for a breakthrough win in the Breeders’ Cup Filly & Mare Turf on November 6 in Delmar, California, celebrated another major triumph in the Hong Kong Cup.

Loves Only You exhibited impressive closing speed to record a narrow victory over Hishi Iguazu, ridden by Moreira and trained by Noriyuki Hori. And the 5-year-old Deep Impact-sired filly completed the final race of her career with a storybook finish.

Kawada’s ride maintained a middle-of-the-pack position (fifth, fifth, fifth and fifth) over the first four turns, then zoomed to the front down the stretch with a top closing speed of 23.7 seconds in that span.

“Thank you very much, I’m very proud,” A euphoric Kawada said after the race.

Then he spoke glowingly about Loves Only You, who is trained by Yoshito Yahagi.

“She jumped well. The pace was a bit slow but then she relaxed and I was able to find a good position,” he said. “She’s given me two big presents and is the best female horse I’ve ever ridden. I hope she will be a good mother.”

Loves Only You, who became the first Japanese equine to win a Breeders’ Cup race (Marche Lorraine was the second in the Breeders’ Cup Distaff later on the same day), finished the race in 2:00.66. Hishi Iguazu was the runner-up in 2.00.68.

The biggest story of the day was the 2020 Hong Kong Horse of the Year, Golden Sixty, winning his 16th consecutive race with a victorious gallop in the Hong Kong Mile (1:33.86). Vincent Ho and the 6-year-old Australian brown gelding finished 1¾-lengths ahead of More Than This.

“The filly ran well,” Soumillon said. “Unfortunately, we had a bad movement in the turn. I had to shift in to run away from the fallen horses. The winner pushed me out in the straight. She gave me a very good effort. It nearly looks a bit short for her today. I think over 1,400 meters, she will be even better.”

Race organizers issued a statement after the race: “The Hong Kong Jockey Club confirms that jockeys Yuichi Fukunaga, Lyle Hewitson and Zac Purton who were dislodged during the LONGINES Hong Kong Sprint are conscious and have been sent to [a] hospital for further medical assessment.”

Fukunaga, who guided Contrail to a career-closing victory in the 41st Japan Cup on November 28, suffered a broken collarbone in the fall, it was confirmed at Prince of Wales Hospital.

Purton has nose and rib injuries, according to published reports.