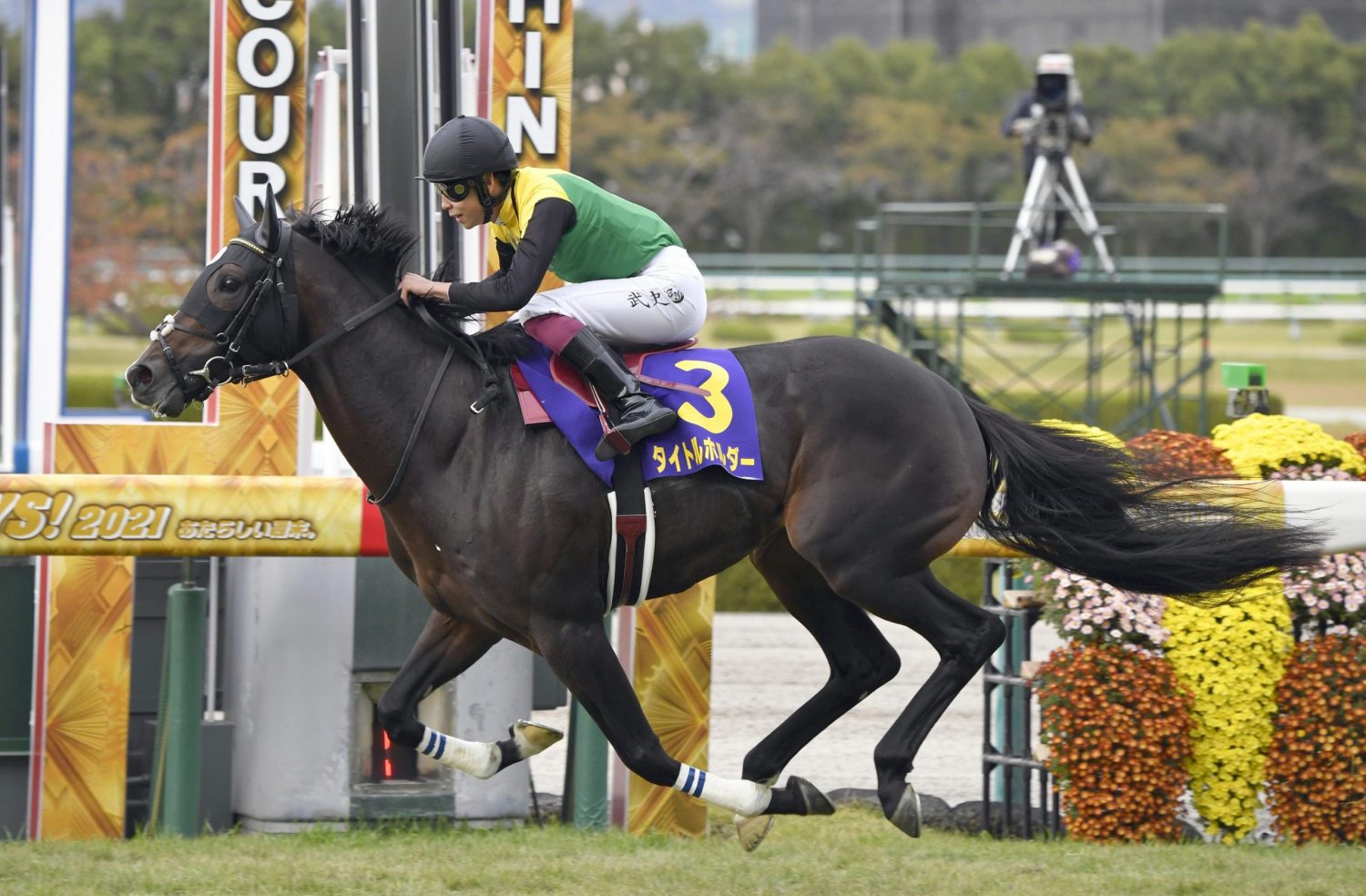 Takeshi Yokoyama and Titleholder complete a wire-to-wire victory in the 82nd Kikuka Sho at Hanshin Racecourse on October 24.

Titleholder led from start to finish in an exhilarating display of speed in the 82nd Kikuka Sho (Japanese St. Leger) at Hanshin Racecourse on Sunday, October 24.

Storming out of the gate from the No. 3 post position, Titleholder appeared to be in a hurry to get somewhere. He reached the 1,000-meter mark in 60 seconds, and didn’t let up over the final 2,000 meters of the 18-horse race in Takarazuka, Hyogo Prefecture, before an announced crowd of 4,798.

Titleholder won the race by five lengths over Orthoclase, who was guided by jockey Christophe Lemaire.

Yuichi Fukunaga rode Divine Love to a third-place finish, a head’s length behind Orthoclase. Hayato Yoshida, who was aboard Stella Veloce, just missed earning a top-three finish, taking fourth by the length of a nose.

Conversely, Yokoyama was thrilled with the outcome.

“We had a terrible race last time out so I was determined to win it this time and I’m glad it panned out,” the winning jockey told reporters. “I personally thought that the distance was maybe too much to ask from this colt, but he showed otherwise and performed well above my expectations so I’m ashamed for doubting him in any way.”

As Yokoyama’s horse entered the final stretch, he stretched his modest lead with a burst of speed and extended the margin to five lengths by the finish. (Watch a replay of the race here.)

“As far as the race, I concentrated in keeping him comfortable in a long race like this — he’s an honest horse, in a way too honest and always gives his full effort — so knowing that once in front he would settle, I let him go as he liked and didn’t try to hold him back too much,” Yokoyama said. “He has a lot to look forward to in the future but it would require a little skill as a rider to conserve his energy depending on the situations.”