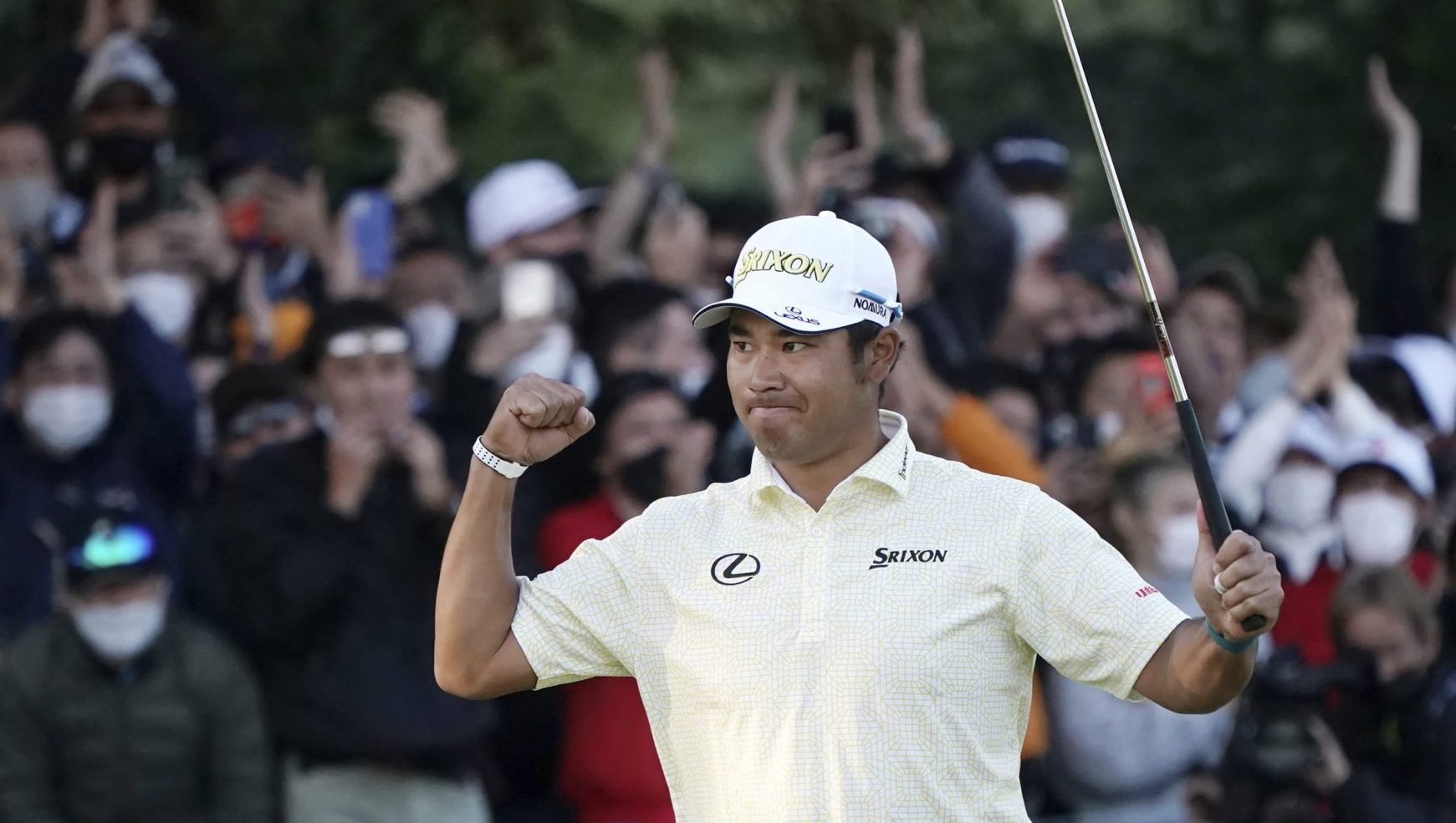 Masters champion Hideki Matsuyama had three birdies on the back nine and eagled the final hole on Sunday, October 24 to win the ZOZO Championship by five strokes for his career seventh PGA Tour victory.

Playing before huge galleries at the Accordia Golf Narashino Country Club in Inzai, Chiba Prefecture, Matsuyama shot a final-round 5-under-par 65 for a total of 15-under 265 and a five-stroke lead over Americans Brendan Steele and Cameron Tringale.

Steele shot a 66 and Tringale, looking for his first PGA Tour victory, shot a 69.

“It was great to be able to play in front of so many fans,” Matsuyama said. “To play well and to win this championship is a huge thrill.”

Matsuyama, a 29-year-old native of Ehime Prefecture, started the final round with a one-stroke lead over Tringale.

He carded his first eagle of the day on the par-5 No. 6 to extend his lead but was briefly overtaken by Tringale after a bogey on the par-4 eighth hole.

Matsuyama quickly regained the lead with birdies on Nos. 11 and 13.

He extended his lead to two strokes with a clutch birdie putt on the 15th, a par-4 considered to be one of the more challenging holes at the course.

Matsuyama maintained his two-stroke lead heading to the final hole, the par-5 18th.

Tringale got into trouble with a tee shot that found the rough at the side of the fairway while Matsuyama hit a perfect tee shot right down the middle.

Things went from bad to worse for Tringale when his approach shot landed at the bottom of a hill next to the green.

Sensing victory was all but secured, Matsuyama drove a powerful approach shot that landed about 12 feet from the hole.

“My second shot at 18 was probably the clincher,” Matsuyama said.

By the time Tringale reached the green in four shots it was all but over. He two-putted for his second straight bogey and then stood by and watched as Matsuyama sank the eagle putt to secure the win.

It was a sweet victory for Matsuyama, who finished three shots behind Tiger Woods in the inaugural ZOZO Championship two years ago.

Last year’s tournament was played in Lake Sherwood, California, because of COVID-19.

It was also a measure of revenge for Matsuyama after he missed out on a medal at the Tokyo Olympics.

Matsuyama was just one shot out of the lead with four holes to play at the Olympics but Xander Schauffele held steady to claim the gold while the Japanese standout went on to a seven-way playoff for bronze where he was eliminated on the first hole.

“I’m not sure when I will play in Japan again,” Matsuyama said. “I hope to continue to get good results in America.”

British Open champion Collin Morikawa had a final-round 69 and finished 10 strokes behind Matsuyama.

Schauffele tied for 28th. He finished well with rounds of 68 on Saturday and Sunday but an opening round of 70 followed by a 74 in rainy conditions on Friday all but dashed his hopes for contention.