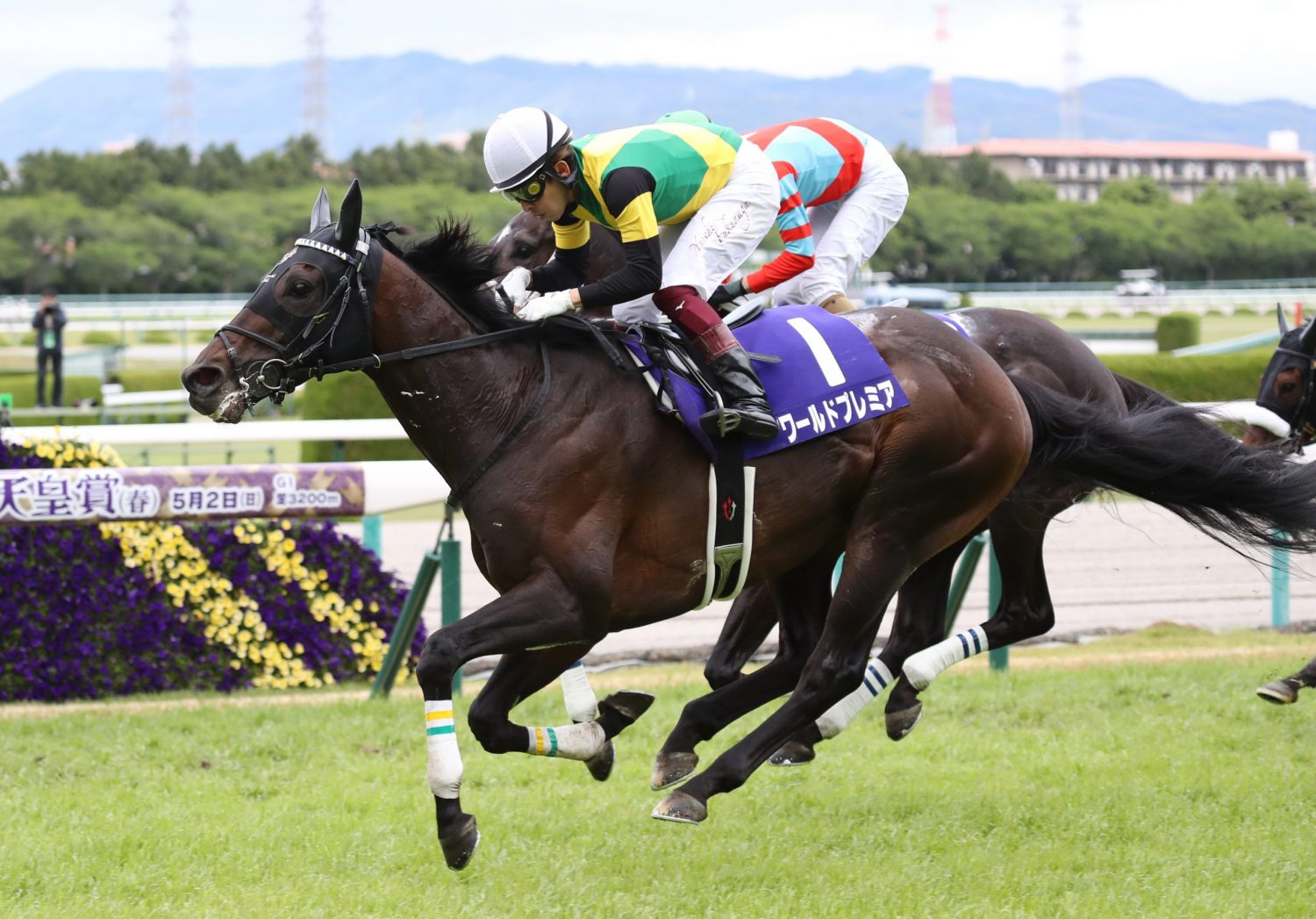 World Premiere has a name that reminds you of a Hollywood extravaganza.

The 5-year-old dark colt also possesses plenty of speed and moxie, too.

Speed, after all, was the name of the game in the closing seconds of the Tenno Sho (Spring) at Hanshin Racecourse on Sunday, May 2.

But World Premiere, guided by jockey Yuichi Fukunaga, found his way to the front of the pack with 100 meters remaining and held off race favorite Deep Bond, ridden by Ryuji Wada, to win by 3/4 lengths in a time of 3 minutes, 14.7 seconds in Takarazuka, Hyogo Prefecture.

French jockey Christophe Lemaire steered Aristoteles, the second favorite, to a fourth-place finish. A strong push at the finish was not enough for Aristoteles to overtake Curren Bouquetd’or as he was a neck’s length behind.

The next G1 race on the Japan Racing Association calendar is the NHK Mile Cup on Sunday, May 9 at Tokyo Racecourse.

After the Grade I race, Fukunaga acknowledged that World Premiere, who is 5 years old, didn’t have the tone-setting start that he had hoped for.

“We had a weak start but recovered well since, with the advantage from breaking from stall No. 1, and kept our eyes on the favorites from behind throughout,” said Fukunaga, who earned his 29th career JRA G1 win.

“I shifted him outside a little earlier than planned to secure a good striking position. He responded incredibly with a good turn of foot. It’s a great honor to have won such a prestigious race like this.”

As the race got underway, Deep Bond and Curren Bouquetd’or set the pace.

Near the midway point, World Premiere was near the middle of the pack, with Deep Bond, Arisoteles, Win Marilyn, Diastima and Shironii among the horses that Fukunaga’s ride had to navigate past.

As the crowded pack galloped past the final turn, Diastima led, followed by Curren Bouquetd’or, Jako Maru and Deep Bond. World Premiere was in seventh place.

With around 400 meters remaining, Curren Bouquetd’or was the front-runner, with Diastima a close second, but World Premiere’s terrific closing speed paid dividends.

From his ideal position on the outside, World Premiere had ample room to pick up the pace. With a dramatic flourish, he moved past several foes and defeated Deep Bond at the finish line.

Before exhibiting his closing speed in the Tenno Sho, the brown colt finished third at the Nikkei Sho, a 2,500-meter Grade II race, on March 27 at Nakayama Racecourse in Funabashi, Chiba Prefecture.